The Carnival Horizon arrived in New York Wednesday after a month of cruises in Europe and a trans-Atlantic cruise. The overnight event in Manhattan included a naming ceremony by musical artist and actress Queen Latifah, as well as a special “Lip Sync Battle” between the ship’s godmother and Jake Elliott, kicker for the Super Bowl Champion Philadelphia Eagles.

The event also benefited the St. Jude Children’s Research Hospital, which is one of Carnival’s primary charitable partners and which received a check for $100,000 raised by Carnival and its passengers at events including Groove for St. Jude dance parties on its ships. To date, Carnival has provided more than $16 million in support for St. Jude. Carnival also unveiled a custom-designed artwork created by the children of St. Jude that will be displayed on the LED sculpture in the ship’s atrium. 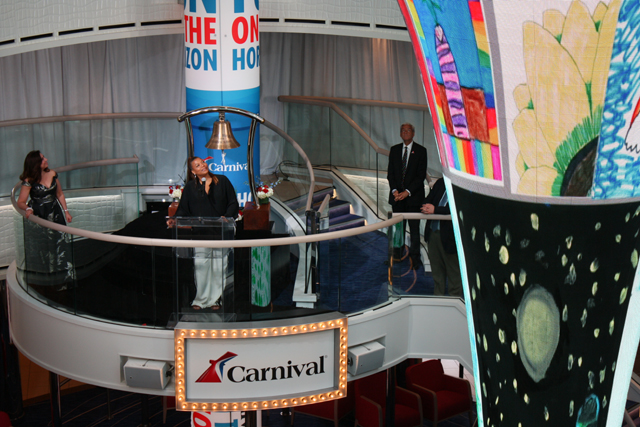 The evening's events were capped off with a fireworks display from the Lido Deck. 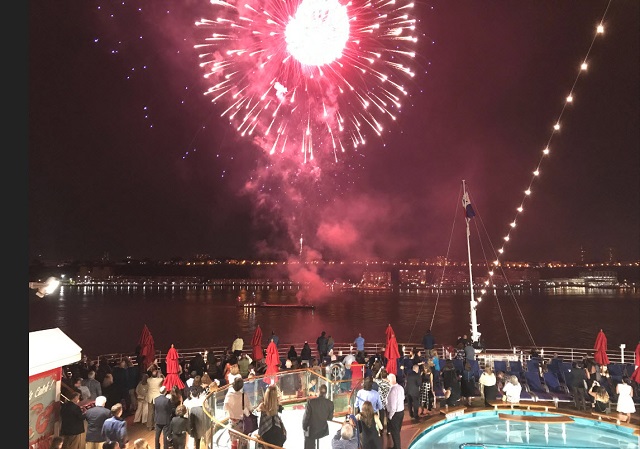 Built by Fincantieri at its shipyard in Monfalcone, Italy, the Carnival Horizon includes a number of enhancements from its sister ship and the first member of the Vista class, the Carnival Vista which was introduced just two years ago. Passenger capacity on the ship was increased by 26 berths largely with the addition of inside cabins forward on Deck 3.

Passenger amenities include the introduction of Carnival’s first teppanyaki-style specialty restaurant as well as the new Guy’s Pig & Anchor Bar-B-Que Smokehouse/Brewhouse from celebrity chef and restaurateur Guy Fieri that replaces the pub on the Vista as well a new Dr. Seuss-themed outdoor waterpark. Other features, including the bike-ride-in-the sky, an IMAX Theatre, and a dedicated area for family accommodations, have been carried over from the first ship of the class. 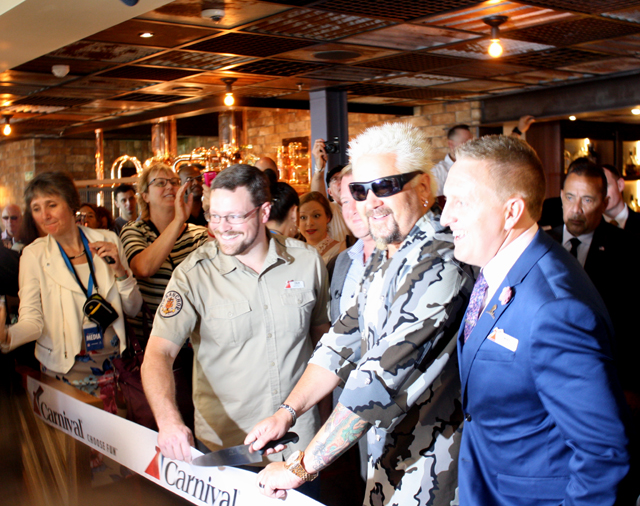 According to Fincantieri, the Carnival Horizon was built to the latest safety and navigation regulations, including the “Safe Return to Port” rules that became mandatory for ships with their keel’s laid after July 2010. It also features advanced technologies for energy saving and for meeting the strictest environmental regulations, including energy-efficient engines and an exhaust gas cleaning system.

Lloyd’s Register explains that the ship is certified to LR’s ECO Notation, “meaning that she was designed, built and operates in a way that exceeds current marine statutory environmental regulations.”  An Intelligent Power Management System was installed to optimize engine operations to reduce emissions and conserve fuel and she has a ballast water treatment system that complies with the Ballast Water Management Convention requirements.

Construction of the Carnival Horizon took 30 months from the time of the first steel cutting in March 2015 to delivery. The keel was laid in April 2016 and the first sea trials were undertaken in November 2017. Having entered service on April 2 sailing from Barcelona, the Carnival Horizon will now be based in New York for the summer. In September, she re-positions for year-round deployment sailing from Miami on six and eight-day Caribbean cruises.

A third ship of the class, the Carnival Panorama is due to be delivered at the end of 2019 and sail year-round from California. 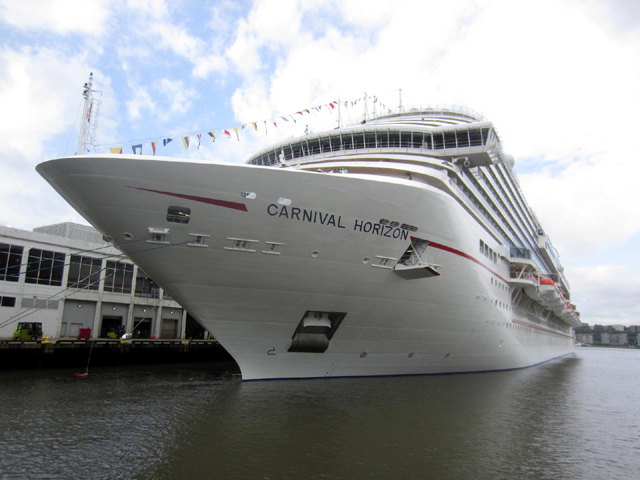 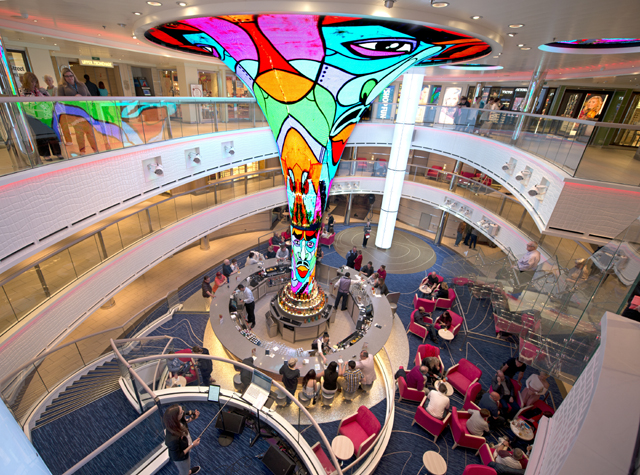 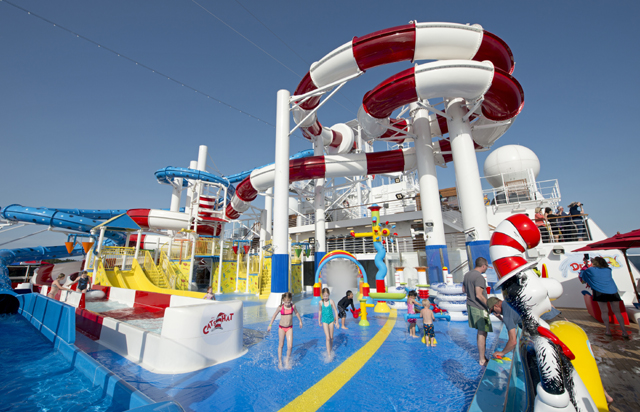 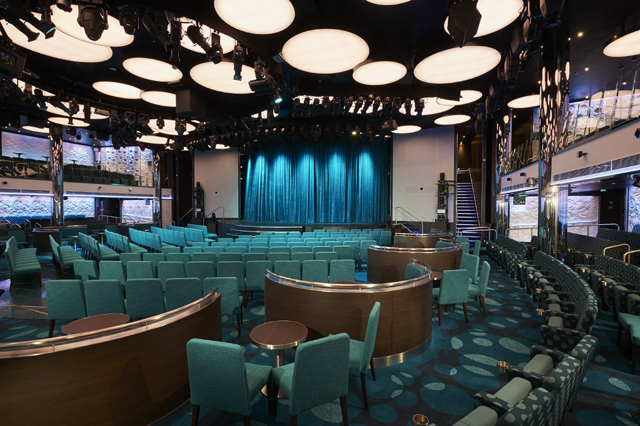 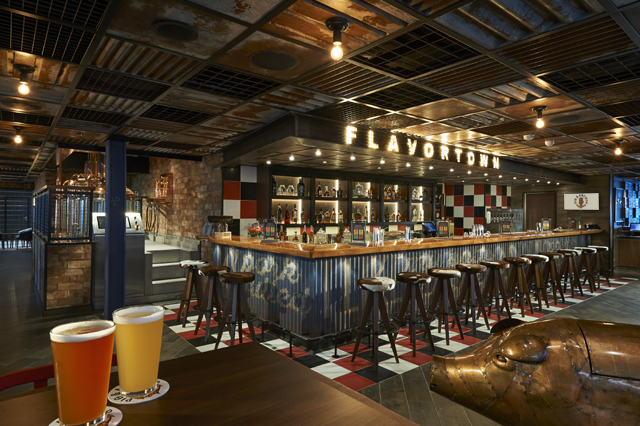 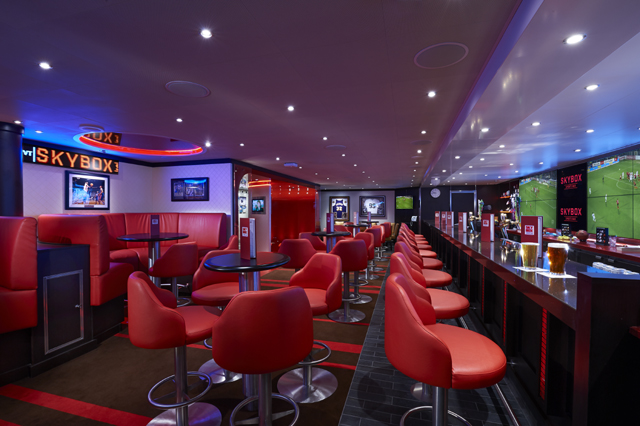 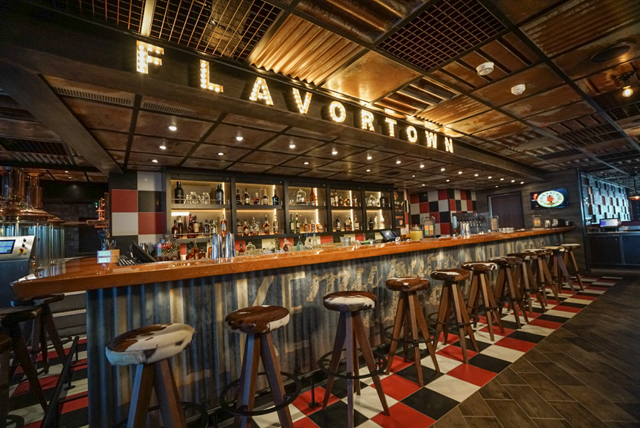