Construction is about to begin on a covered loading quay in Ghent at North Sea Port, the third major development for the port in the last few months.

North Sea Port, the 60 kilometer cross-border port area stretching from Vlissingen in the Netherlands to Ghent in Belgium, is partnering with ArcelorMittal Gent, Participatiemaatschappij Vlaanderen (PMV),  Euroports on the project, which will be Ghent's first covered loading quay.

At first, the terminal will mainly be used to store and ship ArcelorMittal Gent’s finished steel coils. 20 percent of the storage capacity will be used for handling other materials and general cargo.

The terminal's warehouse has a storage capacity of 60,000 tons, and it will be equipped with three automated traveling cranes for the unloading, sorting and loading of material. The covered quay wall will be 200 meters long and the dock will be 25 meters wide so that vessels having a carrying capacity up to 10,000 tons will be able to moor at the new quay.

Euroports will provide two telescopic cranes for the loading and unloading of ships. For Euroports - with 26 terminals of its own in Europe – this is a significant addition and extension of its services to the steel and metal industry.

The boost to cargo handling ability will mean fewer truck transports (up to 25,000 trucks per year).

The new terminal will be owned and operated by AWT GENT NV, founded by PMV and EPICo. North Sea Port conceded the land for the construction of the terminal to AWT GENT NV and will also dredge the berths.

Construction is expected to begin by the end of 2018, with the terminal operational mid-2020.

Also under construction later this year is a maintenance base for Ørsted's Borssele 1&2 wind farms which have a capacity of 752 MW and will be built 23 kilometers off the coast at Westkapelle. The base will have a floor area of 2,100 square meters. 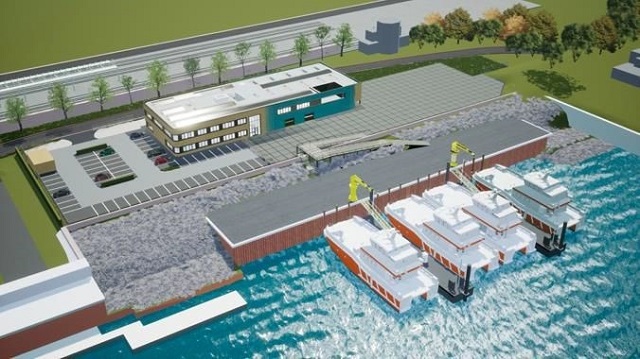 In May, construction started on the Netherlands' largest solar park. 40,000 solar panels will be erected for the 38-hectare Solarpark Scaldia, located on the edge of the Sloehaven in the Vlissingen port area of North Sea Port. As the main land owner, North Sea Port supported the development of the renewable energy project which will have an average production of 51,000 MWh per year, comparable to the consumption of more than 14,000 households. During its 30 years’ life it will save more than 738,000 tons of CO2 emissions. 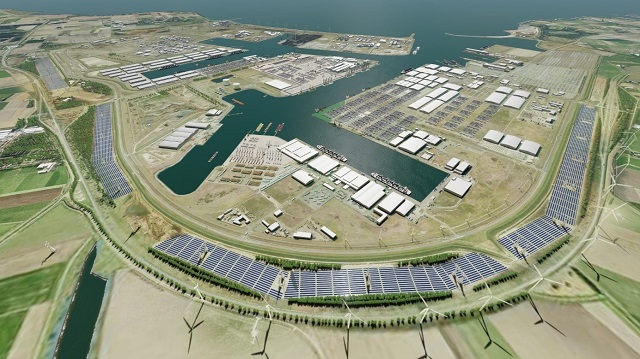 North Sea Port, established in December 2017, is located along both banks of the Western Scheldt and is accessible to global shipping via the North Sea. The partnering ports registered a record seaborne cargo traffic in 2017, and in the first six months of 2018 the combined port saw cargo traffic continue to rise.