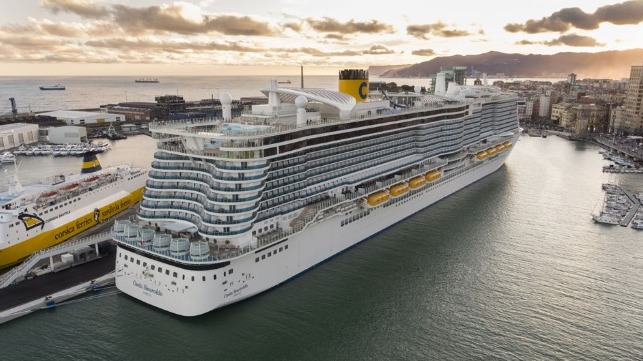 Also elected to terms as PVA Officers for 2020 were:

In her address to the membership, Stephens reaffirmed PVA's commitment to continuously improving safety in passenger vessel operations as well as the association's engagement in being good stewards of the environment. "PVA's Green WATERS program of environmentally friendly business practices is the keystone of our longtime dedication to stewardship of our country's waterways. We plan to take this program to the next level and increase its voluntary participation among operators nationwide."

Stephens is the President of her family's business Stan Stephens Glacier & Wildlife Cruises which currently operates two catamarans. Her career in the maritime industry began at the age of seven as she worked alongside her parents and sisters as they shared the glaciers and wildlife of the Sound with travelers. Through the years the company has operated a variety of Subchapter T vessels between the ports of Valdez, Whittier and Cordova.

Stephens served as PVA Vice President for 2019, she was the PVA Secretary-Treasurer in 2018, she served on the PVA Board of Directors from 2015 to 2017, and she is also a member of the PVA Regulatory Committee. In addition to her time with PVA, she works to maintain a strong community and maritime industry in Valdez and Alaska by serving on Valdez's Ports and Harbors Commission, Valdez Fisheries Development Board of Directors, the Alaska Travel Industry Association (ATIA) Board of Directors, and she is the Chair of the Marketing Committee for ATIA that manages the Alaska tourism marketing program.

Bijur has been with Island Queen Cruises for the past 25 years. He is one of the partners of Biscayne Lady Yacht Charters. The operation has a fleet of seven inspected vessels and several uninspected vessels, which accommodate from six to 400 passengers. His organization also owns and operates a 200-seat waterfront dining establishment.

Bijur's background is in hospitality, and he was on the opening team of a nationally acclaimed restaurant in South Miami in 1974. He has also captained several private yachts and is a U.S. Coast Guard Licensed Master and a U.S. Coast Guard Licensed Engineer. He is also a Florida State licensed Emergency Medical Technician, a Red Cross Water Safety Instructor, and he instructs CPR for the Professional Rescuer and small craft certifications. He participates in the Local Harbor Safety Committee and the Area Maritime Security Committee.

Swindler has served since 2003 as Deputy General Manager of Golden Gate Ferry, a division of the Golden Gate Bridge, Highway and Transportation District. Golden Gate Ferry provides service on the Bay between San Francisco and Marin County, with a fleet of seven vessels. The service has grown significantly in recent years, with current annual ridership topping 2.5 million passenger trips.

Swindler came to the Bay Area from the East Coast, where he was the Director of Operations at the Woods Hole, Martha's Vineyard and Nantucket Steamship Authority, serving more than three million passengers, 500,000 automobiles, and 110,000 trucks annually. For six of his 13 years at the Steamship Authority, he also served as the Engineering/Maintenance Manager.

Prior to joining the Steamship Authority, Swindler served as General Manager of North American Marine Associates, Inc. in Rockland, MA, where he facilitated the growth of this privately held marine design and engineering firm from 1988-1990. For eight years before that, Swindler was the Hull and Arrangement Department Head/Senior Designer for M. Rosenblatt and Son, Inc., Hingham, MA, where he directed the development of structural and system drawings for construction and upgrades for commercial and naval ships.

Swindler began his maritime career as an apprentice shipbuilding for Quincy Shipbuilding Division with General Dynamics from 1974 to 1981. Previously, Swindler served in the United States Air Force, from 1968-1974. He is currently a member of the PVA Board of Directors and is a longtime member of the PVA Legislative Committee.

It's no secret that African waters are among the most perilous in the world when it comes to piracy. Tom Hanks' "Captain Phillips" brought attention to Somalian piracy, but the immediate concern for ship owners is on the opposite side of the continent: West Africa. West Africa's Gulf of Guinea has been topping the charts for quite some time now when it comes to piracy and kidnapping. Last week, however, the problem accelerated: A total of four cases has been recorded...

Additional details and the first pictures have emerged of the container collapse on the boxship ONE Apus in the Pacific. The full extent of the loss remains uncertain as it is too dangerous for the crew to enter the area while the ship remains at sea. The container ship’s owners, Chidori Ship Holding, and managers NYK Shipmanagement provided a few additional details about the collapse and the current situation while cautioning that the priority at this time remains on getting...

In the latest example of oil companies rushing into the offshore wind sector, Italian major Eni is buying a 20 percent stake in the Dogger Bank wind farm project - the largest installation of its kind in the world.  “Entering the offshore wind market in Northern Europe is a great opportunity to gain further skills in the sector thanks to the collaboration with two of the industry’s leading companies,” said Eni CEO Claudio Descalzi in a statement.  The deal will...