A start-up in the Ukraine has developed the concept for modular breakwaters that harness wave power for electricity generation and desalination. The system is being readied for sea trials in September. 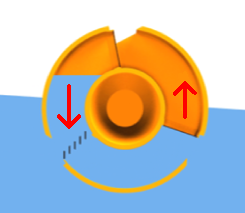 Inventors Michael Lytovchenko and his son Michael say that islands and coastal areas can face acute challenges implementing clean fuel strategies, because wind and solar power plants are costly to consumers and require a large amount of space. They aim to offer their solution as an alternative even to other wave-power devices.

“Somehow people have decided that a device for converting wave power will swing on the waves,” says Lytovchenko. In contrast, this system converts wave energy into rotational work immediately, a design Lytovchenko says is more efficient, because there is no loss of energy overcoming alternating loads.

Prototypes tested in the Azov Sea have proven to be highly efficient, easy to install and maintain and able to survive heavy seas. Additionally, the inventors claim that the system protects coastlines from wave erosion and is aesthetically pleasing. Therefore, it does not harm tourism. 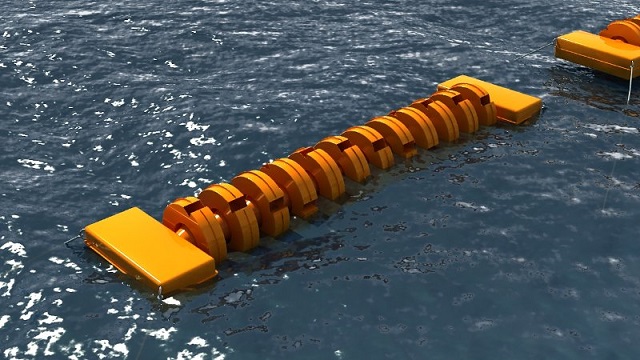 The system involves groups of modules that are fixed between two anchored buoys. Inside one of the buoys is a high-pressure pump and mechanical filter. The filtered seawater, pressured to about 30-40 atmospheres, is moved to the coast via a pipeline where it is available for use.

About 10 percent of the water can be desalinated via a reverse osmosis membrane. It is then sent to the storage tank. The rest of the seawater is sent into a reservoir for pressure equalization and use by a hydro turbine to generate electricity. The resulting electricity can be sold to the grid, or batteries can be recharged and used for local consumption.

The system to be tested next month will have an installed capacity of 5kW. Following that, Lytovchenko says they are ready for serial production. 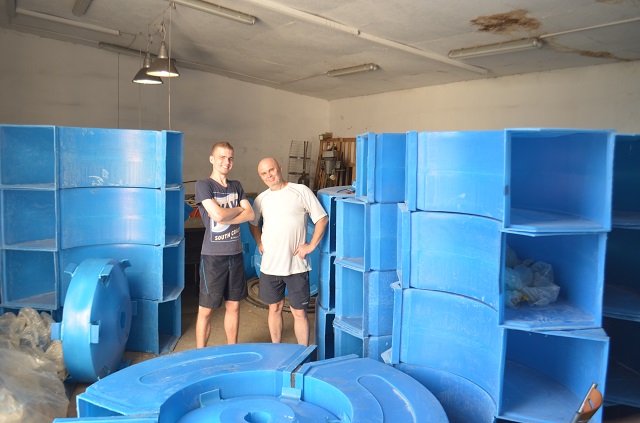