One of America’s most historic merchant ships, the n/s Savannah is facing an uncertain future. Recently, the US Maritime Administration asked for the public’s input as they work to complete the decommissioning of the world’s first nuclear-powered merchant ship.

The concept of nuclear-powered merchant ships was proposed by President Dwight Eisenhower in 1955 as part of his Atoms for Peace program that was designed to highlight the potential commercial uses for atomic power. The U.S. Navy had commissioned its first nuclear submarine, the USS Nautilus, in 1954 and was just designing its first nuclear-powered surface ship. It was rumored that the Navy opposed the merchant ship project fearing it would interfere with the fledgling efforts to create a nuclear navy, but Congress approved the funding for the construction of 21,000 dwt cargo ship in 1957.

Modifying the standard C-3 cargo ship design, plans were developed for a 596-foot-long passenger-cargo vessel able to accommodate 60 passengers with a crew of 109 and carry 9,600 tons of cargo. Famed industrial designer Raymond Lowey was enlisted to give the ship a sleek, mid-century modern look. The all-white ship would feature an all-welded hull complete with an atomic logo on her superstructure. Fittingly, she was named Savannah in honor of the first ship with steam propulsion to cross the Atlantic in 1819. 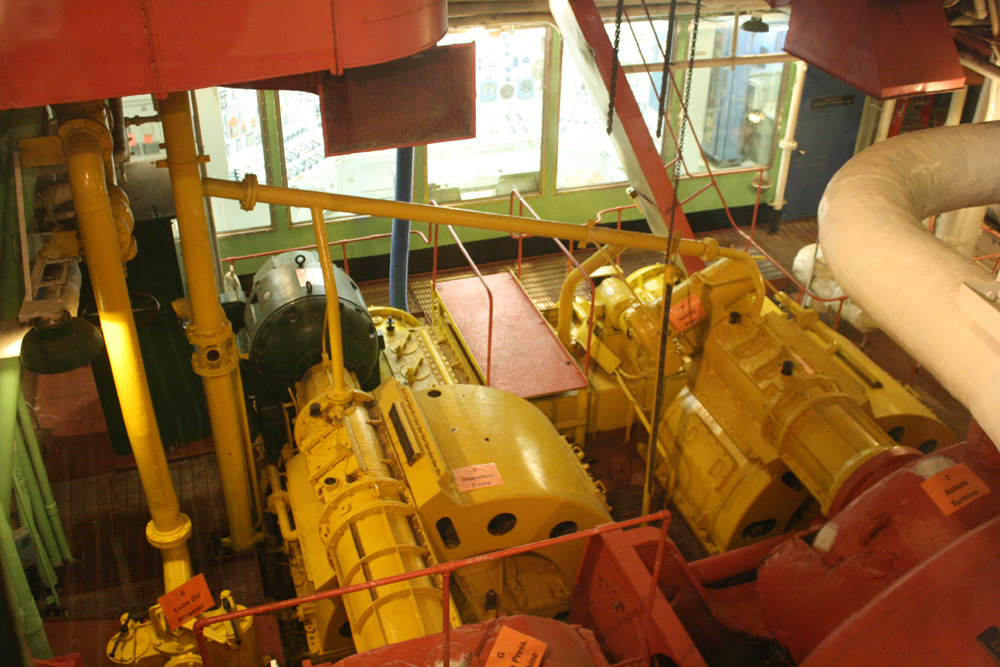 Construction began in New Jersey with the keel laid on National Maritime Day, May 22, 1958. While it was largely a conventional design, the nuclear reactor’s shielding added extensive weight to the ship and special provisions were made for the ship to host tours including a viewing platform with windows looking into the nuclear engine room. Despite being designed like “a fortress,” MARAD faced numerous concerns over the safety of the vessel. Yet, all of the major American shipping lines applied for the rights to operate the demonstration ship.

The Savannah was launched on July 21, 1959, just a week after the Navy launched its first nuclear surface ship, the USS Long Beach, which would be commissioned in 1961. The Savannah was fueled for the first time in November 1960 with 7000 kilograms of uranium oxide, which was expected to permit her to operate for three years and sail 300,000 miles before refueling. By the end of 1961, the reactor had been tested at 10 percent of power before she sailed to Virginia under conventional steam power. 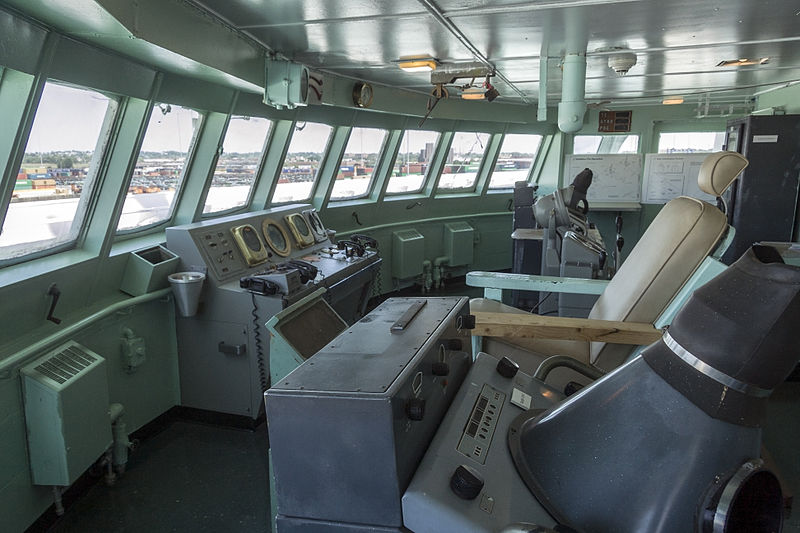 MARAD put the Savannah into service under the management of States Marine Lines and her first sailing with passengers was in September 1962 from Norfolk, Virginia with a transit of the Panama Canal as she sailed to Seattle, Washington to be put on display as part of the Seattle World’s Fair. She later sailed to Long Beach, California, where more than 10,000 people visited, her but a labor dispute with her engineers saw the ship laid up for more than a year.

The Savannah’s career began in 1964 when MARAD reassigned her to American Export Isbrandtsen Lines. She visited U.S. cities, including New Orleans, Baltimore, Boston, and New York, where thousands of people lined up to tour the only commercial nuclear-powered ship in operation. In June 1964, she sailed on her first voyage across the Atlantic visiting Bremerhaven and Hamburg as well as Dublin and it was reported that over 153,000 people visited her.

After a year of demonstration voyages, she entered commercial service in 1965, but American Export decided to operate her as a cargo ship only using her passenger accommodations for cadets. However, having been based on a now antiquated design and envisioned as a demonstration ship, she was not a commercial success. MARAD had proposed retiring her as early as 1967, but she was refueled in 1968 and continued operating till 1970 when the U.S. Government ended her operating subsidy. 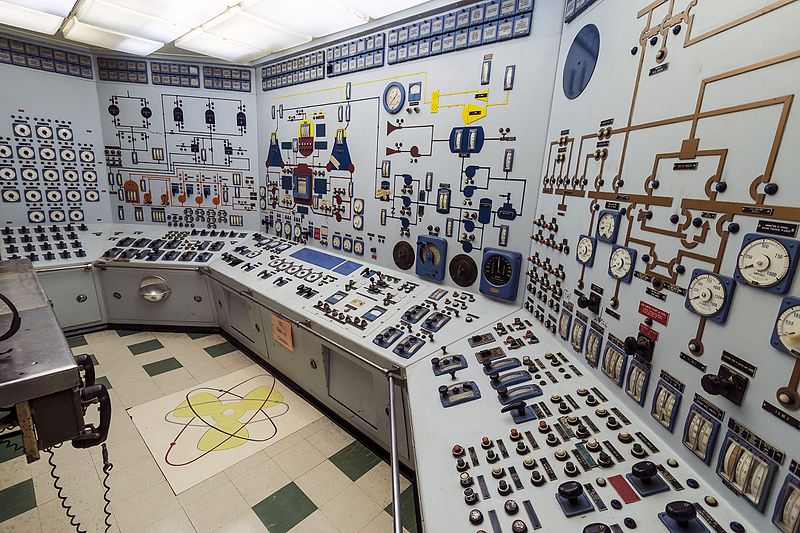 Despite great expectations for the potential of atomic power, the Savannah was one of only four nuclear-powered merchant ships ever built with the others coming from Germany, Japan, and the Soviets. The nuclear core was removed from the Savannah’s reactor in 1971 and she later became a tourist attraction in her namesake city and later in Charleston, South Carolina. Damaged by a hurricane, she later went into the US Reserve Fleet before MARAD began repairs in 2006 and moved her to Baltimore in 2007 with a caretaker crew.

Since her arrival in Baltimore, the MARAD staff and volunteers worked to restore and preserve the interiors of the ship, and each year on National Maritime Day she was opened to the public for visits. Recently, she completed an extensive dry docking in Philadelphia before returning to Baltimore, where MARAD continues the decommissioning process. She was added to the National Register of Historic Places in 1982 and designated a National Historic Landmark in 1991. Under the requirements of the National Historic Preservation Act, MARAD is now soliciting the public’s views regarding proposed uses for the Savannah.

Once the nuclear power plant is fully decommissioned, MARAD proposes possibly transferring the ship to another government agency, such as the National Parks Service or the Smithsonian, or possibly using her as a maritime training platform. MARAD might donate the vessel or form a public-private partnership so that she might be on display or find other suitable purposes. The last option is either to dismantle the ship or use it as part of a man-made reefing project.

The complete proposal for the future of the historic ship is available online and the public has until March 15, 2021, to submit their comments. 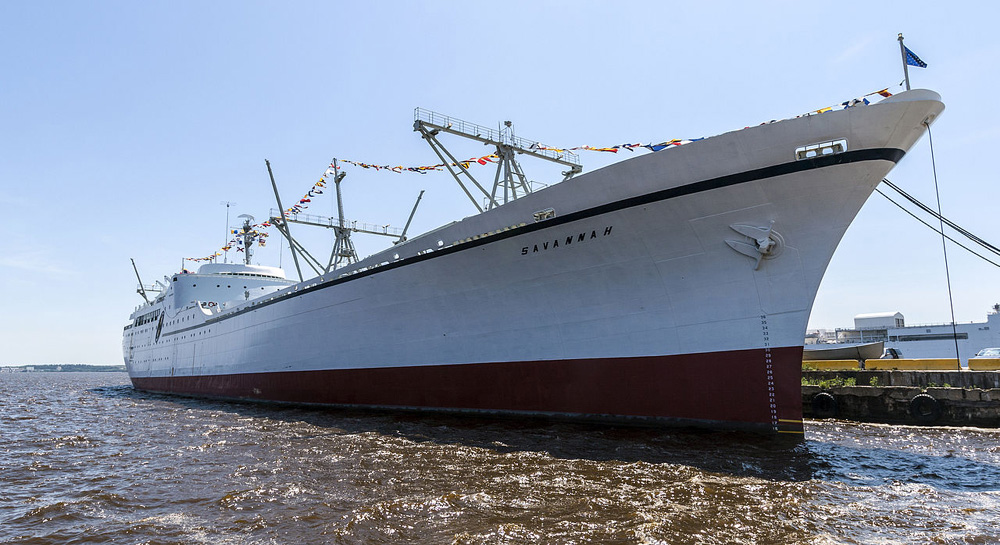 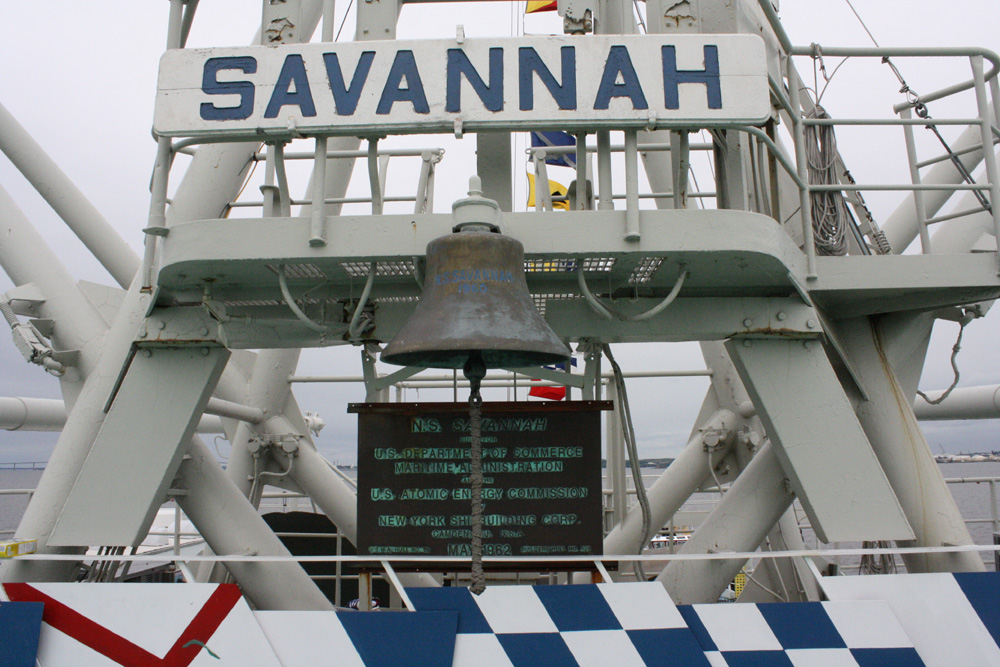 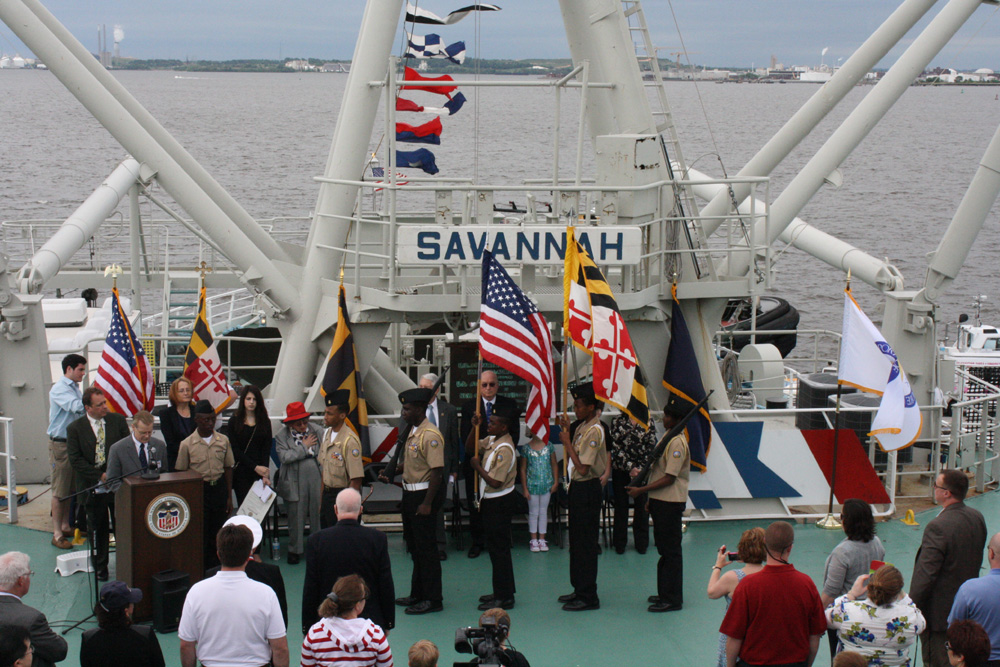