Malaysia Cracks Down on Wildlife Crime

Malaysia has conducted an enforcement operation to protect wildlife that has resulted in seizures, dozens of suspects apprehended and a money-laundering investigation into a local wildlife crime group.

The operation, which began on September 3, was jointly led by the Royal Malaysian Police Force and Peninsular Malaysia’s Wildlife and National Parks Department to tackle Malaysia's wildlife poaching and trafficking crisis.

In the three months since the launch of the operation, 64 offenders linked to 21 wildlife crime cases have been caught mostly in the northern and eastern parts of Peninsular Malaysia. One of the largest cases of the operations took place in November and saw the seizure of 642 animals in Tok Bali, Kelantan. Marine Police seized 100 Common Palm Civets, 26 Water Monitor Lizards and over 500 freshwater turtles destined for the exotic meat market, just before the consignment was to be shipped to Vietnam. A local and three Vietnamese nationals were caught.

Suspects caught in relation to the other cases comprised 20 Malaysians, and 14 from China, nine from Cambodia, six from Bangladesh, six from Myanmar, four from Indonesia, three from Thailand and two from Vietnam. 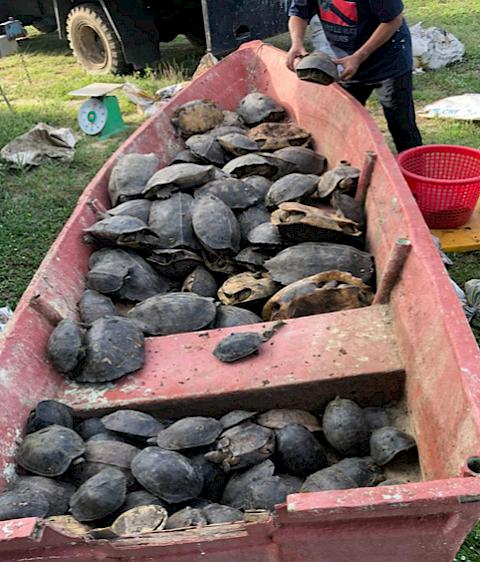 A newly released study carried out by TRAFFIC and commissioned by the CITES Secretariat documents thousands of marine turtles and their parts found in seizures, in both physical and online markets in Indonesia, Malaysia and Vietnam. At least 2,354 whole turtles, both live and dead, were seized in 163 law enforcement incidents in the three countries from 2015 to July 2019. Over 91,000 eggs were seized (over 75,000 of them in Malaysia), together with close to 3,000 shells and 1. 7 tonnes of turtle meat.

Vietnam is mostly a destination market as well as transit route in the trafficking of marine turtle products to China. Indonesia functions mostly as a source country with seized shipments destined to China, Vietnam and Malaysia. Malaysia was both a destination country for turtle eggs from
Indonesia and the Philippines, presumably for local consumption, and as a source of turtle products to Vietnam. Research on seizures made elsewhere, but implicating the three countries, also reveals international marine turtle trafficking involving China, France and the Philippines. The South China Sea is considered a haven for the illegal capture and trade in marine turtles due to the vastness of shipping and fishing activities there. 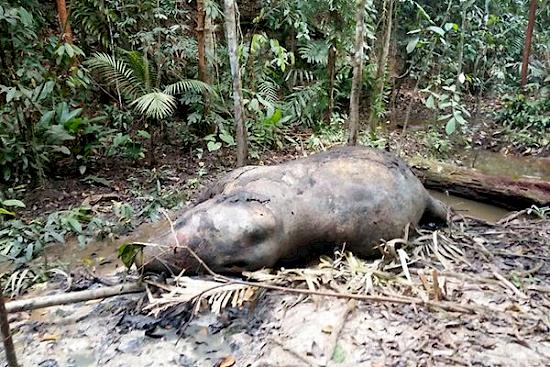 The investigation under the Anti-Money Laundering, Anti-Terrorism Financing and Proceeds of Unlawful Activities Act (ALAMFTA) arose from a November 19 case in which four locals believed to be behind the hunting and selling of animal parts were arrested. In the raid on four premises, enforcers seized animal parts including Asian elephant tusks, deer antlers and various animal skins. The animal parts were believed to be for markets in Malaysia and Thailand and the group of four were thought to have been operating for five to six years.

Deputy Inspector General of Police Datuk Mazlan Mansor told press that 13 bank accounts belonging to the suspects and their family members, reportedly containing about $395,000 had been frozen.

Information on local elephant poaching gangs came to light fairly recently, with the arrest of 11 Malaysians in 2017 and 2018, who were believed to have been behind the slaughter of more than 35 elephants for their tusks and other parts.

Those involved face fines of no less than five times the value of proceeds at the time of the offence or $1.25 million, whichever is higher, or imprisonment up to 15 years upon conviction.

Asia’s elephants are under increasing threat largely owing due to habitat loss, degradation and fragmentation. Asian Elephants are more threatened and fewer in number than their African cousins: only males carry tusks and therefore any poaching of animals for their ivory leads to skewed sex ratios, severely impacting wild populations.