Fire department rescue teams were dispatched to the Port of Bayonne, New Jersey yesterday responding to an industrial accident at  one ofthe container terminals. One of the loaders operating at the Global Container Terminals facility in Bayonne had tipped over trapping the operator inside.

According to a statement from Bayonne Fire Department Deputy Chief Bill Bartos, the fire units were dispatched to the terminal at 10:44 a.m. on February 14. Arriving at the GCT facility they found that one of the heavy-duty container lifts, used to move shipping containers, operating in the 167-acre yard alongside the berth, had tipped over onto a stack of containers. The operator of the unit was trapped in the cab of the vehicle unable to exit on his own. 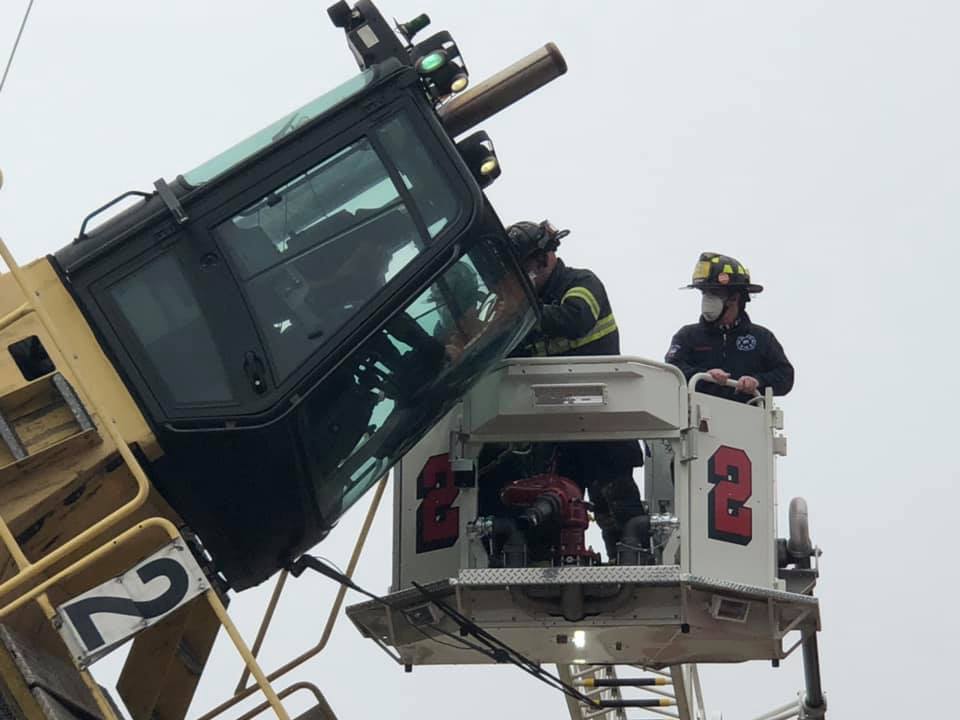 Firefighters had to use the aerial bucket on one of their trucks to access the driver and remove him from the cab of the vehicle. He was transported to a local hospital with minor injuries.

“The quick and professional response by our firefighters led to the safe removal of this equipment operator without further injury or property damage,” said Bartos.

At least one container stacked in the yard was also badly damaged when the loader fell on to it. The loader also dropped the container it was repositioning in the yard.

An investigation into the incident is ongoing. 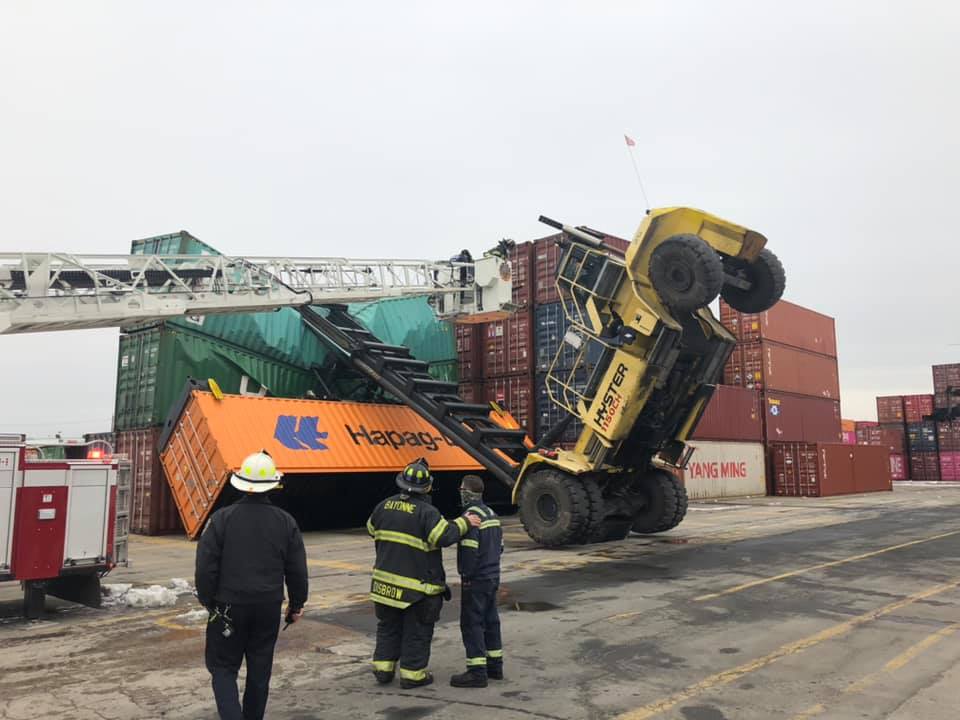