April 10 is the 50th anniversary of New Zealand’s worst maritime disaster in modern times, the sinking of TEV Wahine in 1968 and the loss of 53 lives.

The 488-foot (149-meter) TEV Wahine was a ro-ro of the Union Steamship Company of New Zealand. She worked the New Zealand inter-island route between Wellington and Lyttelton from 1966. On the day she sank, she was caught in a fierce storm stirred by tropical cyclone Giselle. She foundered after running aground on Barrett Reef and capsized and sank in the shallow waters near Steeple Rock at the mouth of Wellington Harbour. Of the 734 people on board, 53 people died from drowning, exposure to the elements or from injuries sustained in the hurried evacuation of the stricken vessel. 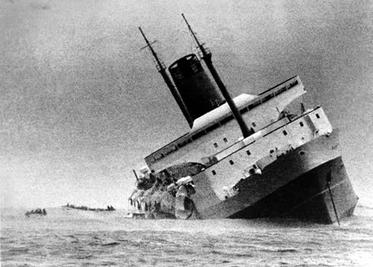 After the disaster, a Court of Inquiry found errors of judgment had been made, but stressed that the conditions at the time had been difficult and dangerous. Charges were brought against the ship's officers, but all were acquitted.

Maritime NZ Acting Director, Stephanie Winson, said the tragedy helped change international maritime safety conventions and standards. “Ships in New Zealand, including our Cook Strait ferries, coastal traders and the many overseas ships that visit our country are all safer, in part, because of what happened to the Wahine.”

Maritime NZ represents New Zealand at the IMO. “New Zealand is part of a global maritime system where countries learn from and support each other to make shipping safer,” Winson said. “What happens in one country is shared internationally, can change how ships are designed and operated, and then benefits that country and others.”

Since 1968, there have been many changes including in how ships are designed and operated, crew training and how New Zealand is organized to respond to a maritime disaster. Maritime NZ now provides the Rescue Coordination Centre NZ (RCCNZ) and the Maritime Radio Service. RCCNZ coordinates response to all distress beacon alerts and major search and rescue operations in New Zealand’s search and rescue region. The Maritime Radio Service operates the national maritime radio operations center. Both operate round-the-clock. In 1968, New Zealand did not have such centers.

“We cannot create a ‘zero risk’ maritime industry,” Winson said. “By their nature, the sea and weather are changeable and powerful and will always pose at least some risk to shipping. However, what we can do, and are doing, as part of our global maritime system is reduce risk by building better ships, developing better ways of operating ships and managing crews, improving training and having well-coordinated response when there is an emergency.”