On Thursday, Kongsberg announced the startup of the world's first "full-scale, full-size" hydrogen fuel cell drivetrain for ships. According to the firm, the shoreside test installation shows that the technology is nearing maturity for vessel operations.

The test system is the third and final section of the EU-funded project "HySeas," which has been running since 2013. The eight-year effort has involved participants from Scotland, Denmark, France, Germany, Sweden and England.

For the final stage, Kongsberg and its contractors built a full-scale electric propulsion system based on hydrogen-powered fuel cells at a site near Bergen. The system will now undergo a four-month testing regimen for validation.

The testing cycle is based on the power demands for a vessel on a real route between Kirkwall and Shapinsay in Orkney, Scotland. The findings will be provided to the design team at ferry operator Caledonian Maritime Assets Ltd (CMAL) in Scotland. CMAL plans to complete the H2-powered design for a small 16-car ropax ferry in March 2022, and will seek funding for its construction.

“Orkney will be the first practical usage of this technology while the Norwegian maritime cluster has the opportunity develop our own pilots and projects here in Norway," said Egil Haugsdal, CEO of Kongsberg Maritime. 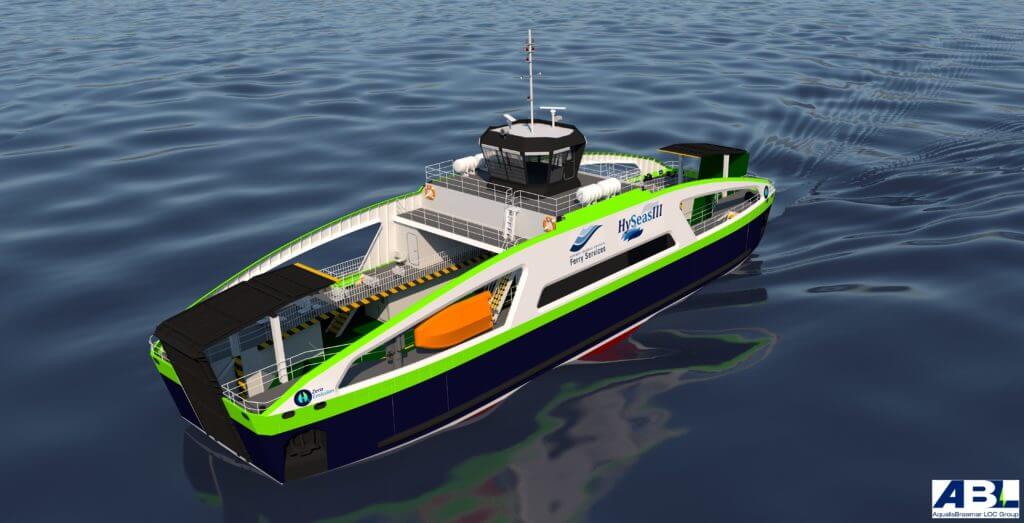