STM connects and updates ships and ports in real time and facilitates efficient information exchange. The system has been developed in three consecutive E.U.-projects running 2010-2018. Last year, the STM Validation project successfully installed the first STM compatible bridge systems, connecting ships with shore based services. The ships equipped were Stena Germanica and two rescue vessels from Swedish Sea Rescue Society. Stena Germanica, while on route from Gothenburg to Kiel, automatically shared her route with the two rescue vessels, and at the same time received their routes and displayed them on the ECDIS. The route message format used, developed as a part of the STM Validation project, is transmitted to other ships over ordinary AIS.

Newly appointed E.U. Coordinator for Motorways of the Sea, Professor Kurt Bodewig, and other E.U. officials said that STM is a pillar for the E.U. strategy and that the 20 million euro invested in the project is a good investment. At the conference representatives from nine industry actors also expressed their intention to take responsibility for the technical governance of the digital Maritime Service Infrastructure developed within STM.

At the conference, STM results presented indicated the large potential savings for ships as a result of better information sharing between ships and ports. This could be a major contribution to reaching the IMO goal of reducing CO2 with 50 percent by 2050. As one presenter phrased it: “If not STM – what? If not now – when?” 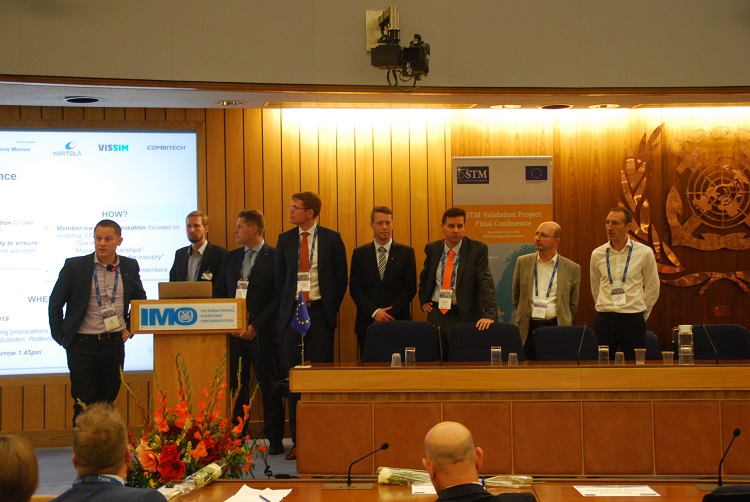