Crew members stranded aboard the six cruise ships of the UK-cruise company Cruise & Maritime Voyages are being assisted by the International Transport Workers’ Federation (ITF) as they seek to arrange transport home. The crew has remained with the ships during the suspension of cruising that began in March 2020.

The ITF’s efforts came after reports surfaced regarding the crew welfare and living conditions. On June 19, the UK Maritime and Coastguard Agency had announced that it was detaining five of CMV’s cruise ships, the Astor, Astoria, Columbus, Marco Polo and Vasco de Gama, due to violations of the Maritime Labor Convention. The British authorities reported that it had found expired and invalid Seafarers Employment Agreements, late payment of wages, and seafarers who had been on board for over 12 months.

Earlier in June, the ITF reported that some of the crew members had stopped work and staged a brief hunger strike to call attention to their plight. In total, there are approximately 1,500 crew members aboard the six cruise ships. They include citizens of Indonesia, India, Myanmar, and Mauritius.

"The crew of the vessels are of many nationalities and we appreciate the continuing efforts of the company to arrange repatriations,” said Stephen Cotton, General Secretary of the ITF. “The ongoing Covid-19 pandemic has had an adverse effect on the maritime industry, especially the cruise industry. The ITF recognizes that this company is a victim of these circumstances.” 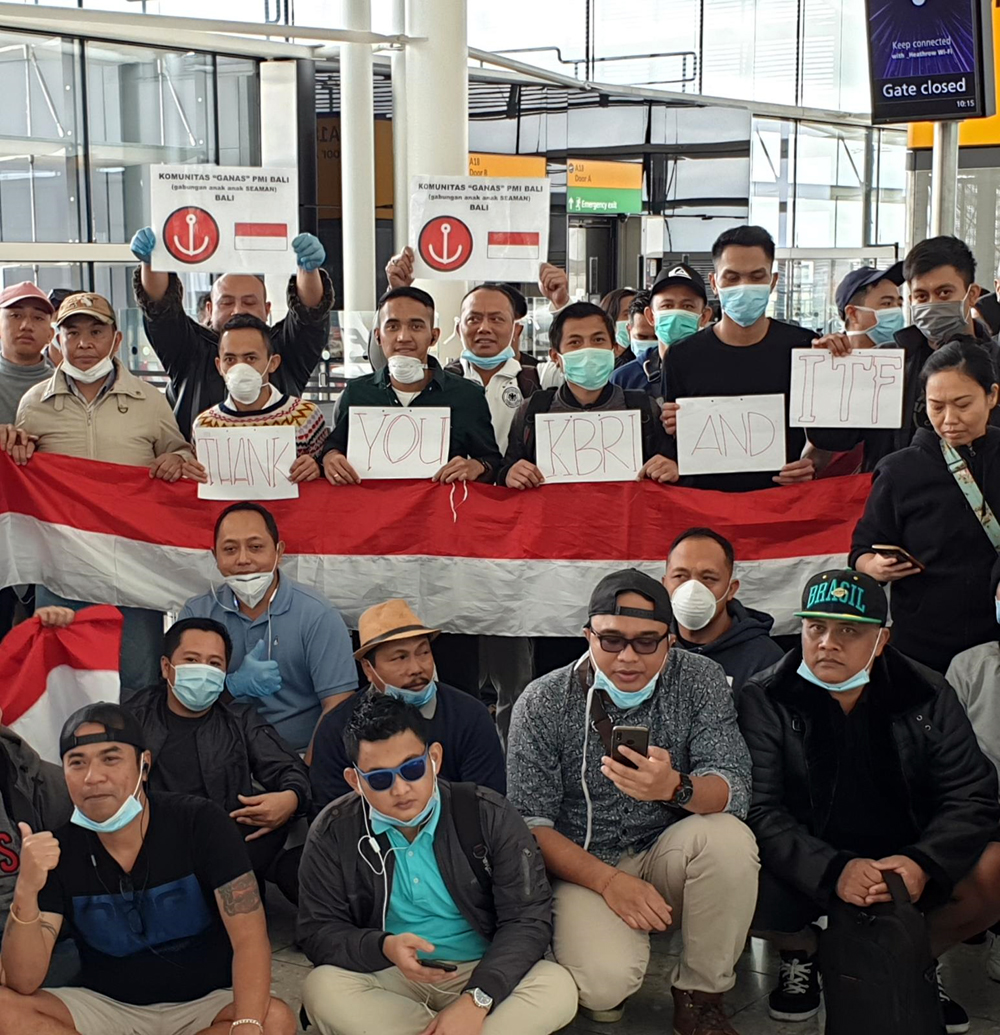 The ITF reached an agreement with Global Cruise Lines (CMV’s parent company) that will see crew continue to be repatriated over the coming days.

“We appreciate the good relations we have with the ITF and the support they are providing in these difficult times,” said Christian Verhounig, CEO of Global Cruise Lines. “Their involvement has greatly assisted us in speeding up the repatriation of all our valued crew members.”

It is unclear how many crew members have been able to leave the CMV ships so far or when the company might be able to complete the repatriation efforts. The ships remain docked in Tilbury and Bristol, England and like the other cruise lines operating in the UK market, CMV currently has canceled all sailings through the end of August 2020.

The company has also reportedly been seeking new financing to help it manage through the current suspension of cruising. CMV had been rapidly expanding its operations acquiring a ship from Carnival Corporation in 2019 and announcing that it had agreed to acquire two additional ships in 2021 also from Carnival's P&O Cruises Australia. CMV had also announced that it would reposition one of its smaller ships into the French market while also planning to retire its oldest cruise ship.