[Brief] A 5600 ton Philippine inter-island container ship rammed into a dock in Manila early Monday morning local time. Initial reports from the Philippine Coast Guard (PCG) and images show extensive damage to the bow of the vessel and the pier.

According to the PGC, the Ocean Abundance, owned by Oceanic Container Lines of the Philippines rammed Pier 2 North Harbor in Manila around 3:00 a.m. local time. As much as 30 feet of the concrete dock was damaged.

The crew of the vessel told the Coast Guard that the incident was caused by an engine problem. They reported that the engine malfunctioned as they attempted to reverse.

Coast Guard personnel were continuing to monitor and investigate. They reported no significant injuries to the crew and no apparent signs of oil in the water. 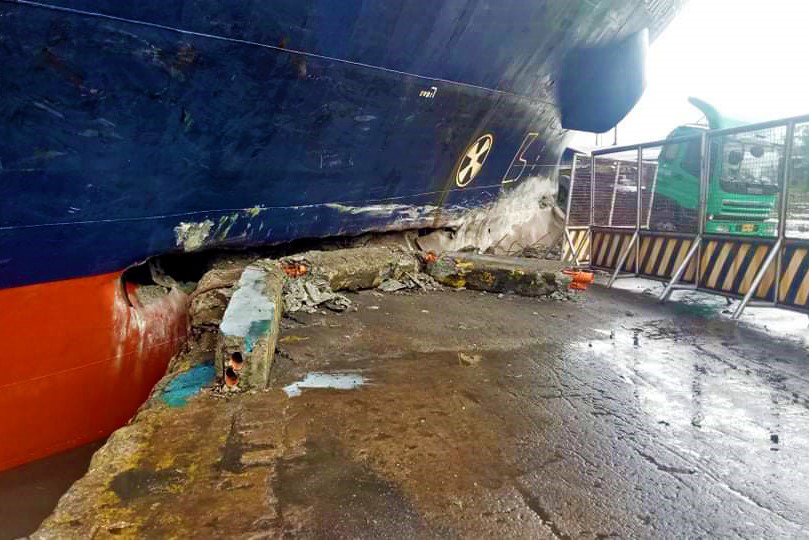