The first shipment of LNG has departed from the Ichthys LNG Project in Australia.

The shipment left its onshore two-train gas liquefaction plant in Darwin, Northern Territory, and is destined for the Inpex-operated Naoetsu LNG terminal in Niigata Prefecture in Japan.

Ichthys is scheduled to gradually increase its production volume of LNG to approximately 8.9 million tons of LNG per year when it reaches its production plateau – this is equivalent to more than 10 percent of Japan’s annual LNG import volume. Approximately 70 percent of the LNG produced by Ichthys LNG is scheduled to be supplied to Japanese customers.

The departure of the LNG cargo follows the Project’s shipment of field condensate (ultra-light crude oil), which commenced on October 1, 2018. The Project is scheduled to commence the shipment of LPG later this year.

The produced gas is gathered within the Central Processing Facility, Ichthys Explorer, where it is separated into gases and liquids. Thereafter, the liquids are piped to the nearby FPSO Ichthys Venturer while the gases is transported via the 890-kilometer long gas export pipeline to the onshore gas liquefaction plant at Darwin. 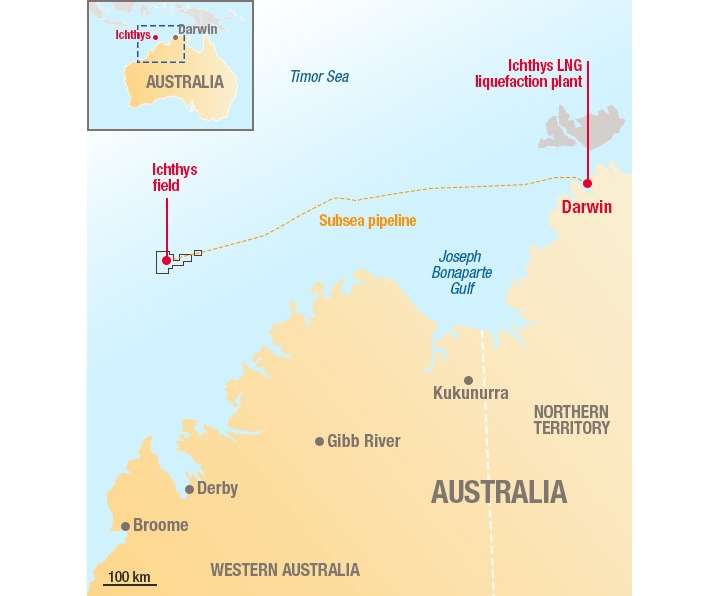 CMA CGM Group became the latest large shipping company to accelerate its goals to achieve carbon neutrality.   Participating in the UN Global Compact conference, Chairman and CEO Rodolphe Saadé announced that the company’s objective is now to be carbon neutral by 2050. He also said that the company’s energy supplies would include 10 percent alternative fuels by 2023. These are new goals for one of the world’s largest shipping companies, which previously said it was on track to reduce...