A consortium led by Japanese gas company Inpex has won an assessment permit for a subsea carbon capture and storage site for its Ichthys LNG plant in Australia.

Inpex, together with Woodside and TotalEnergies, has secured a permit to look for suitable CCS sites in a promising area in the Bonaparte Basin, a shallow-water region just off the coast of Darwin, Australia. The liquefaction plant is located just outside of Darwin, and it would be a "natural user" of a CCS facility in the area, Inpex said in a statement. It would help Inpex, Woodside and TotalEnergies reduce carbon emissions from production and advance a shared goal of a net-zero carbon society by 2050. 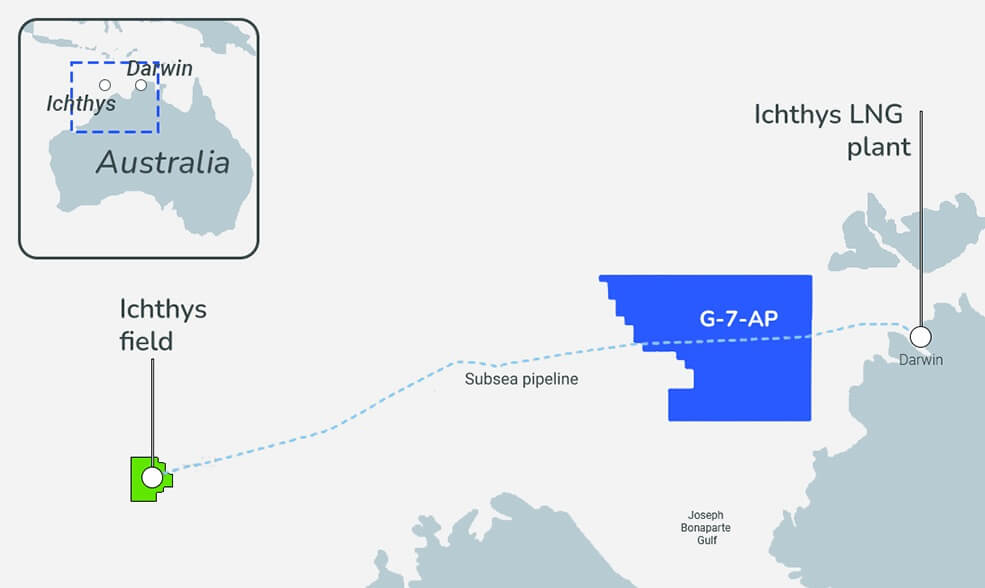 The project could also be a step towards a much larger, global-scale carbon capture, utilization and storage project planned by the Northern Territory's government. The Commonwealth Scientific and Industrial Research Organisation (CSIRO) is currently leading the development of a business study for a carbon capture hub in the Northern Territory, working with Inpex and other stakeholders. If built, it could be a southern-hemisphere answer to Norway's Northern Lights CCS project, and some of the captured carbon could be combined with hydrogen to make electrofuels.

TotalEnergies is also a partner in Northern Lights, and it has broader ambitions in CCS.

“TotalEnergies aims to develop more than 10 Mt/year of carbon storage capacity by 2030, including storage for its facilities as well as storage services for its customers,” said Julien Pouget, SVP TotalEnergies Asia-Pacific E&P & Renewables. "As a partner in both the Ichthys LNG and Bonaparte CCS Assessment joint ventures, TotalEnergies is well positioned to contribute to low carbon LNG production in Australia."