The Transnational Alliance to Combat Illicit Trade (TRACIT) and the United Nations Conference on Trade and Development (UNCTAD) have demonstrated how progress on the U.N. Sustainable Development Goals (SDGs) is inhibited by illicit trade in some of the world’s most important economic sectors.

“From smuggling, counterfeiting and tax evasion, to the illegal sale or possession of goods, services, humans and wildlife, illicit trade is compromising the attainment of all 17 of the U.N. SDGs,” stated Jeffrey Hardy, Director-General of the NGO TRACIT. “It is crowding out legitimate economic activity, depriving governments of revenues for investment in vital public services, dislocating millions of legitimate jobs and causing irreversible damage to ecosystems and human lives.” 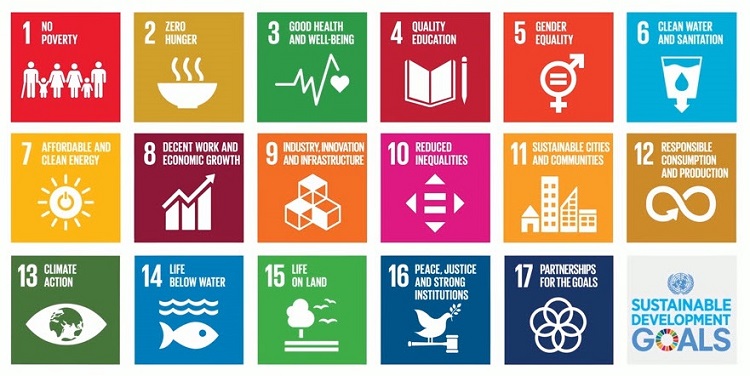 TRACIT and UNCTAD held a meeting designed to help governments understand the challenge of illicit trade and to consider policy measures that account for the negative impacts of illicit trade on the SDGs. During the meeting, TRACIT launched a report, Mapping the Impact on the Sustainable Development Goals of Illicit Trade, which maps the 17 UN SDGs against the following sectors: agri-foods, alcohol, fisheries, forestry, petroleum, pharmaceuticals, precious metals and gemstones, pesticides, tobacco, wildlife and all forms of counterfeiting and piracy.

Illicit trade – in all its forms – stands in direct juxtaposition to SDG 16 (Peace, Justice and Strong Institutions), by feeding violence and breeding corruption, undermining trust in institutions and the rule of law, and generating enormous illicit financial flows, states the report. “Moreover, the links between illicit trade and organized crime are well established, from human trafficking networks and tobacco smuggling, to fuel theft by drug cartels and the involvement of the mafia and organized criminal groups in the trade of counterfeit products. Perhaps most frightening are links to terrorist financing that heighten threats to national and global security.”

Oil and fuel theft along with various forms of fuel fraud are persistent and growing forms of illicit trade, with direct links to organized crime and terrorist groups. Every year, it is estimated that $133 billion of fuels are illegally stolen, adulterated, or defrauded from legitimate petroleum companies, with equally significant losses to governments through subsidy abuse and tax evasion. Illicit trade in petroleum takes many forms, such as diverting oil or refined products from pipelines, siphoning products from large vessels to small barges, unloading stolen or smuggled fuel to another vessel to disguise import origin, smuggling cheaper, untaxed or heavily subsidized fuel into higher priced jurisdictions and adulteration by mixing lower-cost additives with higher-cost fuels.

Illicit trade in petroleum poses a significant threat to SDG 6 (clean water and sanitation). While the legal petroleum industry invests significantly in environmental stewardship, criminals show little regard to the environment when stealing oil and fuel. Illegal tapping, bunkering and ship transfers carry a higher probability for oil spills and blown pipelines and can cause significant damage to clean water supplies, marine life and other natural resources vital for human well-being. For example, illegal refining and third-party interference are the main sources of pollution in the Niger Delta, rendering once flourishing fishing and farming occupations impracticable.

Illicit petroleum trade also has negative effects on energy access. Kerosene subsidies are targeted at households in the poorest nations, who spend as much as 10 percent of their incomes on kerosene for cooking or boiling water for drinking. The diversion of subsidized kerosene for use as an adulterant in costlier, nonsubsidized motor fuels robs the most vulnerable citizens of their access to kerosene as cooking fuel and undermines government subsidy programs aiming to deliver access to affordable, reliable, sustainable and modern energy (SDG 7).

Trafficking in persons is prevalent in many sectors vulnerable to illicit trade, including fisheries, agriculture, manufacturing and mining. The U.S. Department of Labor has identified 139 goods from 75 countries that are produced by forced and child labor, including everything from diamonds and cotton to garments and electronics. The 2030 Agenda for Sustainable Development contains three specific targets to end human trafficking, under SDGs 5, 8 and 16.

The report says it will be expedient to:

• Attend to developing and least developed countries
• Account for the interconnected nature of the challenge
• Promote shared responsibility
• Prioritize the policy response
• Foster political will and leadership.