More than a year after she set sail, the German research icebreaker Polarstern has returned to port from an unusual expedition in the high Arctic. Last October, her crew selected an ice floe in Fram Strait and set up camp on it, drifting with the ice over the course of the polar winter and gathering data. That information will be valuable to climate modeling researchers, according to organizers with Germany's Alfred Wegener Institute, Helmholtz Centre for Polar and Marine Research (AWI).

The MOSAiC expedition's first challenge was in locating a suitable floe. According to the organizers, finding the right one "proved to be an enormous challenge" because there were very few in the right area that were thick enough - a consequence of the warmest Arctic summer on record. After an intensive search, they located a sheet of ice with a thick section suitable for an outpost, and it held together through until July 2020.

Other challenges included difficulties with resupply and crew change. The Russian icebreaker Kapitan Dranitsyn attempted to reach Polarstern in February, but ran low on fuel after spending days attempting to break through. A second icebreaker, the Admiral Makarov, got under way from Murmansk in early March to provide relief.

In April, a new problem emerged - COVID-19. A crew relief air flight was scheduled for early that month, departing Svalbard and landing on a temporary ice airstrip adjacent to the ship. However, this had to be called off due to coronavirus travel restrictions. Instead, 90 scientists pre-quarantined and boarded the German research vessels RV Sonne and RV Maria S. Merian to rendezvous with Polarstern outside of the ice pack. The Polarstern left her station behind, conducted the crew change at a sheltered position near Svalbard, and returned to her operations.

“The idea of leaving the camp and floe was certainly not something we would have considered in the original rotation plan,” polar biologist and mission co-leader Allison Fong told Nature. 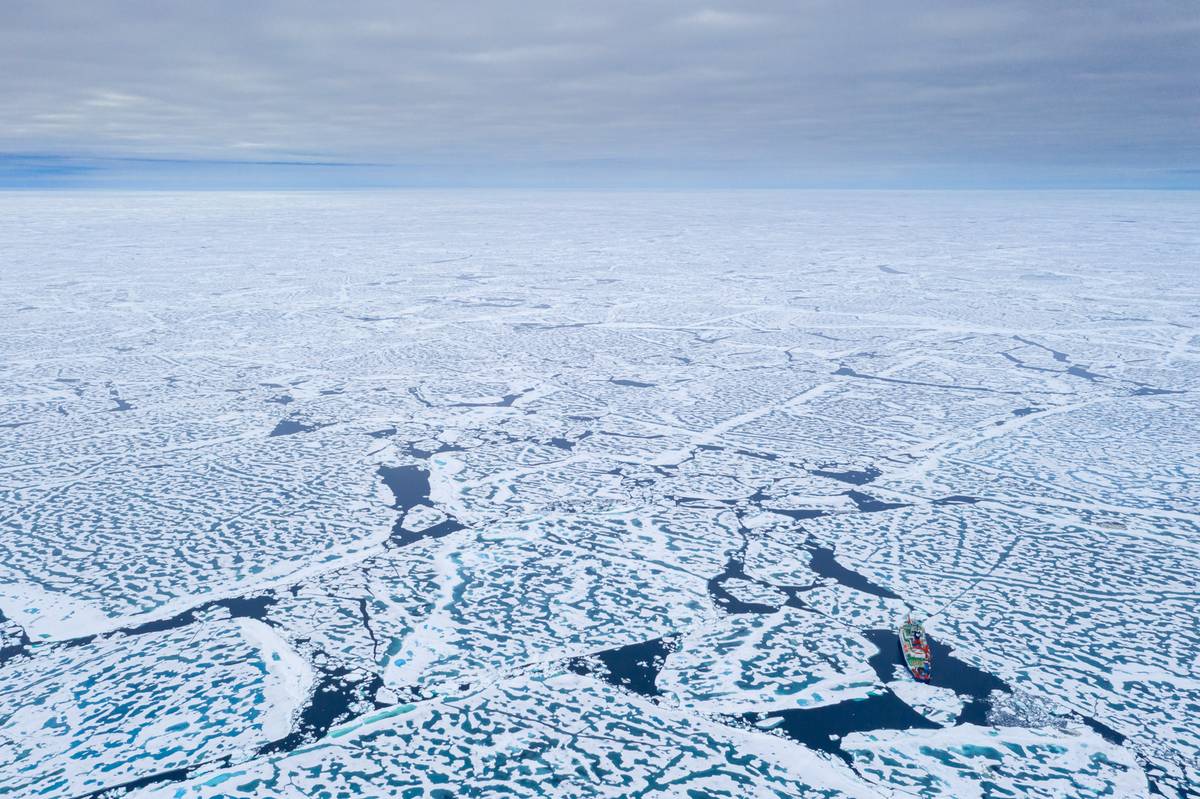 At the season's end, Polarstern headed for the North Pole, arriving August 19. The condition of the ice was unusually thin and open, and the vessel was able to travel quickly through soft, half-melted ice and stretches of open water. "Even north of 88 degrees north we [were] usually traveling at five to seven knots, I have never seen that so far north," said her master, Capt. Thomas Wunderlich. The team revisited the area in order to gather information on the start of the Arctic freezing cycle in September-October.

The data from MOSAiC will inform modeling of sea ice movement, heat flows, and the formation of Arctic clouds - all useful for the purpose of predicting change in the far north as climate change progresses. With a sonar-equipped ROV and a bottom-crawling robot, the expedition's scientists were also able to explore the sea bottom over the course of their drifting voyage.

Polarstern also set a new record over the course of the voyage, venturing to 88°36’ North in February - the highest latitude yet achieved by a vessel in the Arctic winter, just 85 nm from the North Pole.