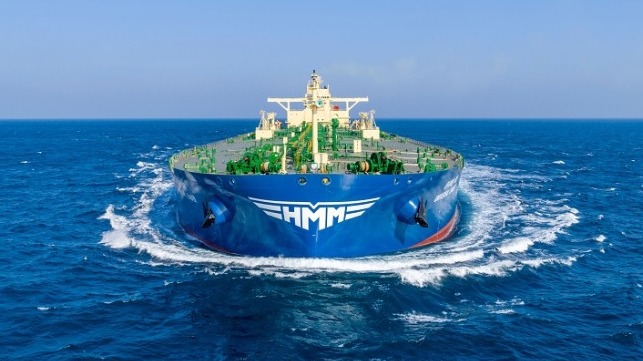 The International Association of Classification Societies (IACS) has released its 2019 IACS Annual Review.

The review contains a wide-range of articles of IACS work in 2019 including wave-modelling, non-destructive weld testing and container ship fires as well as commentary on decarbonization, ballast water compliance and cyber safety.

There are also updates on IACS' contributions to IMO as well as summaries of all new, revised or deleted IACS Resolutions in 2019. The review also includes data on the IACS fleet.

IACS has partnered with the International Union of Marine Insurance (IUMI) to investigate how to reduce the number and severity of container ship fires. Rhoda Willson, IACS Safety Panel Chair, wrote an article outlining the action underway. She notes that between 2009 and 2019 there were more than 50 fires on container ships. The causes of these fires include self-heating cargoes, lithium-ion batteries overheating, cargo reacting with water, faulty reefer equipment and welding.

Factors which cause fires to be worse than they might otherwise be include:
• delay in detection;
• inaccessibility of containers;
• lack of suitable/adequate fire extinguishing methods; and
• unpredictable spread due to misdeclaration/non-declaration of dangerous goods.

Concerns have also been raised about the proximity of crew accommodation to containers.

Willson says IACS is currently working with IUMI and flag State Administrations to prepare a submission to the IMO proposing for work that could be done to address the issues. “Fire extinguishing system requirements are currently based on certain assumptions which, it is suggested, should be reviewed in light of the increase in the number of containers which are carried (number of tiers and packing density) and the different configuration of container ships, for example accommodation located in the middle of the ship rather than aft and/or the provision of under deck passageways,” she says.

The review is available here.