The crew of the U.S. Coast Guard cutter Escanaba returned home to Boston on Saturday after a 62-day patrol in support of Operation Martillo in the Western Caribbean. 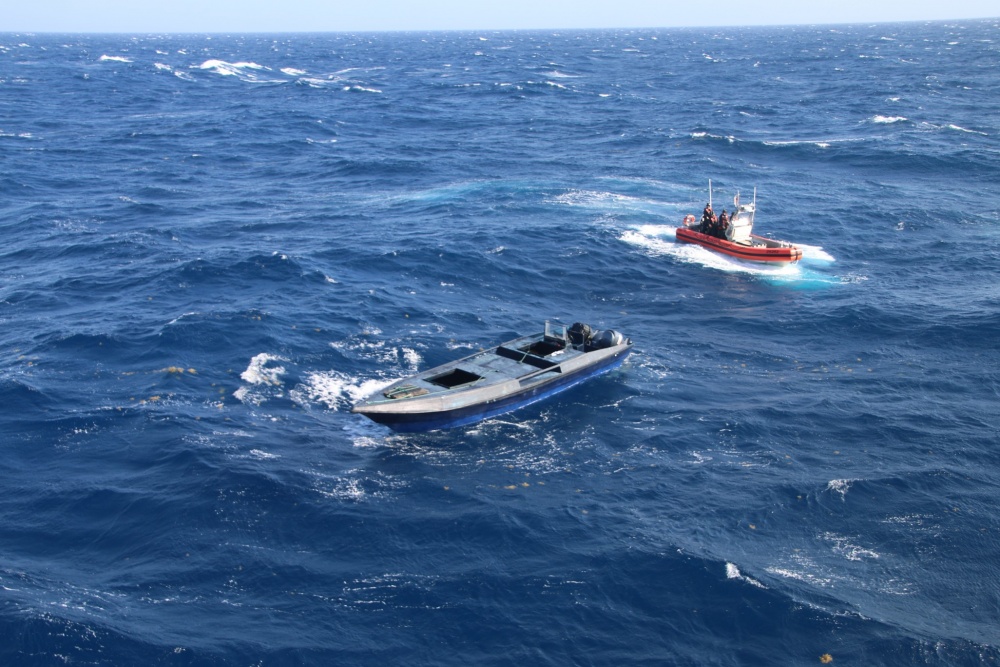 Escanaba’s crew also located a disabled boat 100 miles north of Colombia in 14-foot seas and 35 mph winds. The crew launched its small boat team and rescued the four crew members stranded aboard the boat. Escanaba’s crew transferred the survivors to the Colombian Navy.

"I am extremely proud of the crew for their extraordinary dedication and professionalism throughout this patrol during an unprecedented time,” said Cmdr. Mike Nalli, commanding officer of Escanaba. “We overcame numerous challenges to focus on mission execution and achieve excellent results in support of SOUTHCOM's national objectives."

Operation Martillo is a multinational detection, monitoring, and interdiction operation that consists of 20 participating nations working together to counter transnational organized crime networks and illicit trafficking in the waters along Central America.

Escanaba is a 270-foot medium endurance cutter with a crew complement of 100. They conduct maritime enforcement and homeland security missions in support of Coast Guard operations throughout the Western Hemisphere.