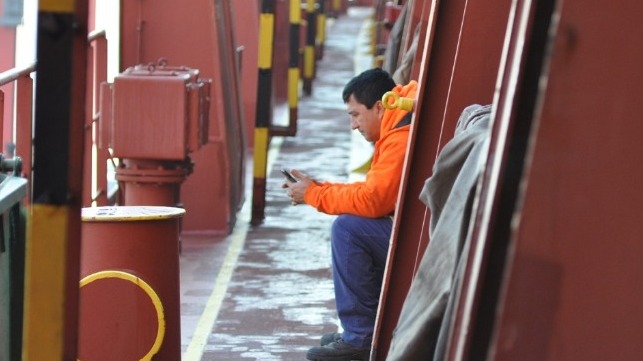 Op-Ed: Call Someone Who is Alone

The plea deal includes a $4 million criminal fine and a four-year term of probation, including an environmental compliance plan and external independent audits.

The vessel's master, Rafail-Thomas Tsoumakos, and her chief officer, Alexios Thomopoulos, each pleaded guilty to a charge of making false statements to the United States Coast Guard during an investigation into the discharges. The charge carries a maximum penalty of up to five years in prison.

According to the Justice Department, the Nicos I.V.'s ballast system became contaminated with oil at some point during or before July 2017. On July 6-7, the Nicos I.V.'s crew discharged contaminated ballast twice into the waters of the Port of Houston. Both Tsoumakos and Thomopoulos were informed of the two discharges, and neither reported the infractions.

After leaving Houston, during a transit to Port Arthur, the tanker's deck crew inspected the ballast tanks and noticed that they contained oil. After the Nicos moored in Port Arthur, oil was observed bubbling up next to her hull, and an undisclosed party called the Coast Guard. When inspectors arrived, Tsoumakos and Thomopoulos lied about the discharges, asserting that the oil had not been detected until the vessel's arrival in Port Arthur and must have been introduced into the tanks afterwards, when the ship took on ballast.

“The international ports of Houston and Port Arthur are no one’s dumping ground,” said U.S. Assistant Attorney General Bossert Clark. “Those who knowingly discharge their waste and lie to the Coast Guard to dodge their legal responsibilities under federal law are on notice that our investigators and prosecutors stand ready to hold them accountable.”

Avin International is the operator of the Greek-flagged Nicos I.V., and Nicos I.V. Special Maritime Enterprises is her owner. Both firms share an address in Athens.

Op-Ed: Call Someone Who is Alone

That we all crave social contact has become painfully clear in the past weeks – we do not do well in self isolation, especially in quarantine. If there is any upside to the current crisis, it might be that we are learning that we need each other and we can’t take each other for granted. But how do we respond to that need? Enormous sums are being spent to tackle the health care and economic fallout of the crisis, but what...