Global Standards Say “No” to Livestock Stress During Transport

Recent footage of livestock being beaten at a port in Croatia has highlighted the need for those involved in livestock transport to revisit the standards set out by the World Organization for Animal Health (OIE).

Over 180 nations, including Croatia, are OIE member countries. As part of its mandate, the OIE develops international standards to improve animal health and welfare worldwide. By becoming members, countries commit to implement these standards and incorporate them into their national legislation.

The OIE regularly receives information from international animal welfare organizations about animal welfare issues. However, it cannot intervene at national level in any enforcement action. 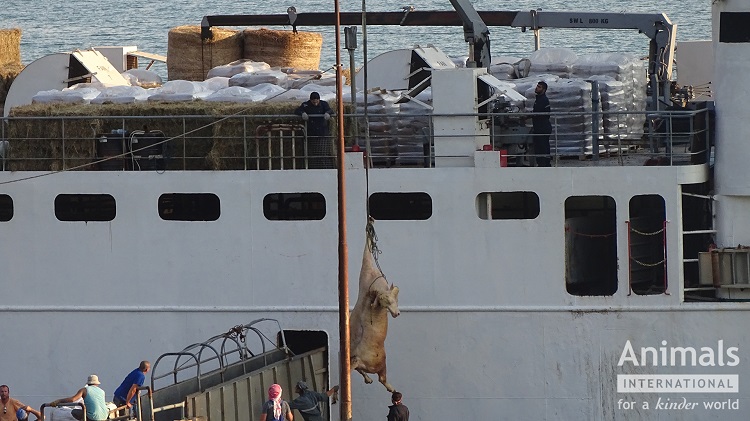 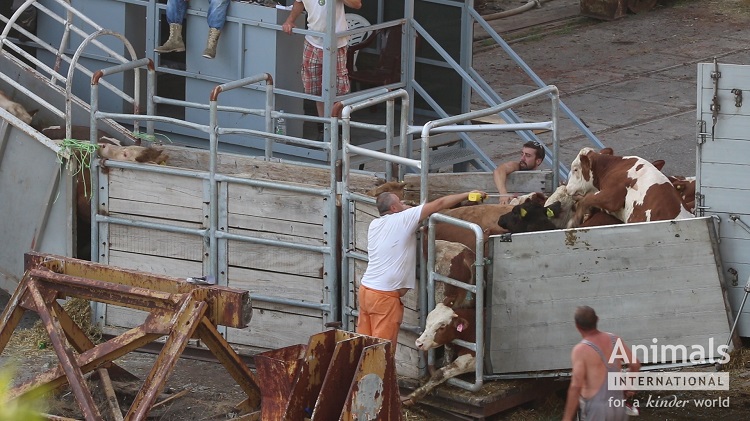 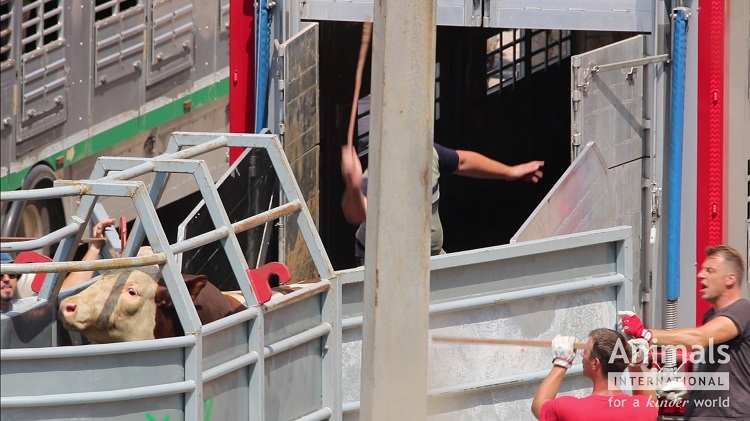 Craning an animal on to a ship or hitting animals with sticks are not referenced as acceptable practices in the OIE international standards. The standards state that loading should be carefully planned to ensure that animals are loaded quietly and without unnecessary noise, harassment or force, and that untrained assistants or spectators do not impede the process.

Animals that have little or no room to move should not be subjected to physical force or goads and other aids which compel movement. The use of goads should be limited to battery-powered goads on the hindquarters of pigs and large ruminants, and never on sensitive areas such as the eyes, mouth, ears, anogenital region or belly. Such instruments should not be used on horses, sheep and goats of any age, or on calves or piglets.

Useful and permitted goads include panels, flags, plastic paddles, flappers (a length of cane with a short strap of leather or canvas attached), plastic bags and rattles; they should be used in a manner sufficient to encourage and direct movement of the animals without causing undue stress.

Painful procedures, or the use of goads or other aids which cause pain and suffering, should not be used to move animals. Excessive shouting at animals or making loud noises to encourage them to move should not occur, as such actions may make the animals agitated, leading to crowding or falling.

Animals should be grasped or lifted in a manner which avoids pain or suffering and physical damage. In the case of quadrupeds, manual lifting by a person should only be used in young animals or small species, and in a manner appropriate to the species; grasping or lifting animals only by their wool, hair, feathers, feet, neck, ears, tails, head, horns, limbs causing pain or suffering should not be permitted, except in an emergency where animal welfare or human safety may otherwise be compromised.

Conscious animals should not be thrown, dragged or dropped.

Dr. Matthew Stone, OIE Deputy Director General for International Standards and Science, says that the OIE considers that the use of animals for food or any other purpose carries the ethical responsibility to avoid unnecessary suffering of these animals. Moreover, there is a critical relationship between animal health and welfare; by improving the welfare of animals, their susceptibility to diseases can be reduced and their productivity increased.

“Pain is among the most unpleasant, or noxious, experiences a person can have. Moreover, depending on its intensity, character and duration, pain can undoubtedly cause severe suffering in humans. It is increasingly accepted that this is also true for animals. Thus, the welfare of an animal experiencing significant pain will be compromised,” says Stone.

“Animal welfare risks during transport operations, among others, generally rise as the distance over which animals are transported increases. Due to this, animal handling and the understanding of behavior patterns of animals are some of the guiding principles for a successful transport.

“Once the decision to transport the animals is taken their welfare during the journey is the paramount consideration and is the joint responsibility of all people involved, from the loading to the unloading at destination. This includes animal owners and business agents, transport operators, drivers, pilots, captains of vessels, transport regulators, national veterinary services officials, in ensuring the welfare of the animals.”

All imagery courtesy of Animals International.