The U.S. Coast Guard rescued 25 fishing boat crewmen and 12 Coast Guardsmen after the fishing boat they were aboard capsized and sank approximately 336 nautical miles southeast of Clipperton Island in the Eastern Pacific Ocean, on Wednesday.

The Coast Guardsmen were conducting a routine boarding of the 160-foot Ecuadorian fishing vessel Marujita when it began listing and became unsafe to remain on board. All on board abandoned ship.

A boat crew from a Coast Guard cutter quickly rescued 16 of the fishing vessel crew and Coast Guard members while 20 others climbed up nets hung from the side of the cutter. One Marujita crewman clung to the hull of the sinking vessel until he was rescued by the cutter’s rescue swimmer.

"Fast action by the cutter's crew resulted in a remarkable mass rescue in a dangerous and challenging situation," said Capt. Arthur Snyder, chief of operations for the 11th Coast Guard
District. “Their decisive response reflects their training and dedication, and shows the types of dangers faced by Coast Guard crews deployed around the world protecting our nation.”

The cutter was in the region conducing a law enforcement patrol. There were no reported injuries. The cause of the incident is under investigation. 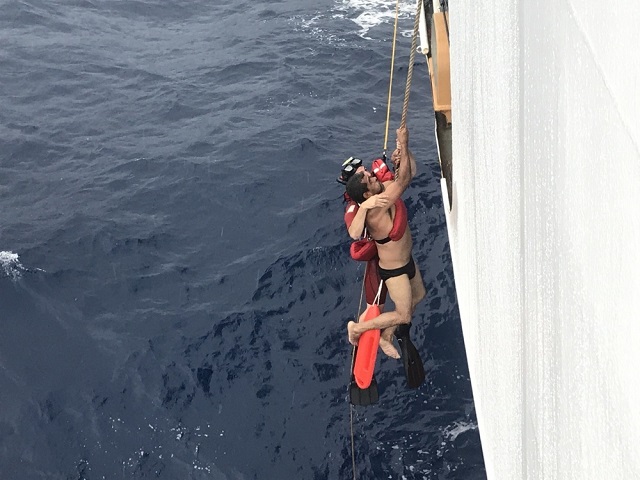 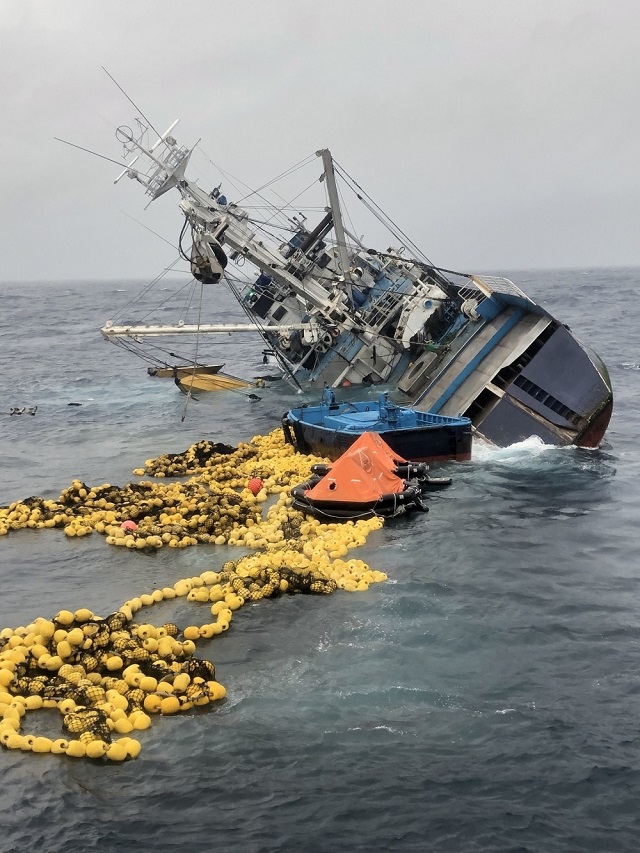