India official took delivery of its first domestically built aircraft carrier. After 13 years of construction and an investment reported by the Indian Navy at around $2.5 billion, the carrier was transferred from the Cochin Shipyard to the Indian Navy today, July 28, in advance of an official commissioning set for next month to coincide with events to mark 75 years of Indian independence.

The Indian government is celebrating the vessel saying that its completion puts India in a select group of nations able to design and build a sophisticated aircraft carrier. They are also highlighting that nearly three-quarters of the content of the vessel was built domestically in India. The vessel is part of India’s ambitions to build an elite blue water navy and play an important role in the balance of power in the Indian Ocean as China continues its adventurism in the region.

The carrier is 860 feet long with a full displacement of close to 45,000 tons according to the Indian Navy, making her a mid-sized carrier. However, she is the largest and most advanced for India, which is currently operating a Russian surplus carrier. The new Vikrant is only the fourth carrier in India’s history as a nation. 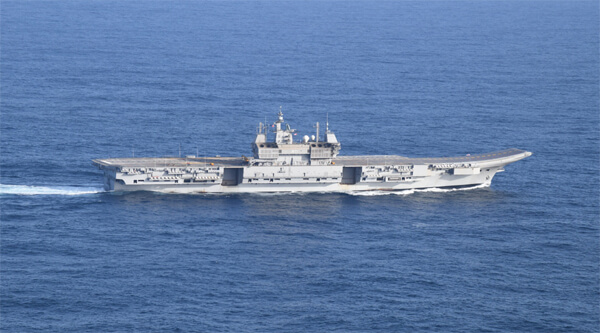 The ship is powered by four General Electric gas turbines totaling according to the Indian Navy 88 MW of power. It gives the vessel a maximum speed of 28 knots, although reports indicate its cruising speed is around 18 knots. The vessel has an endurance of 7,500 nautical miles. She will carry a complement of nearly 1,700 including 196 officers.

The Navy reports that the Vikrant has been built with a high degree of automation for machinery operation, ship navigation, and survivability, and has been designed to accommodate an assortment of fixed wing and rotary aircraft. The ship is capable of operating an air wing consisting of 30 aircraft comprising of MIG-29K fighter jets, Kamov-31, MH-60R multi-role helicopters, in addition to indigenously manufactured Advanced Light Helicopters and Light Combat Aircraft. The vessel uses the aircraft-operation mode known as STOBAR (Short Take-Off but Arrested Landing), and is equipped with a ski- jump for launching aircraft, and a set of arrester wires for their recovery onboard.

Planning for the Vikrant reportedly started in 1999, with the construction contract awarded to Cochin in 2007. Construction was carried out in three phases with the first work beginning in February 2009 with the keel laying, The carrier was launched in August 2013 and began its first sea trials approximately a year ago. According to the Navy, she underwent extensive user acceptance trials between August 2021 and July 2022 when she completed her fourth and final sea trials. During the testing, the ship’s performance including the hull, propulsion, PGD, auxiliary equipment, aviation facilities, weapons, and sensors as well as sea keeping and maneuvering capabilities were all tested and deemed satisfactory. 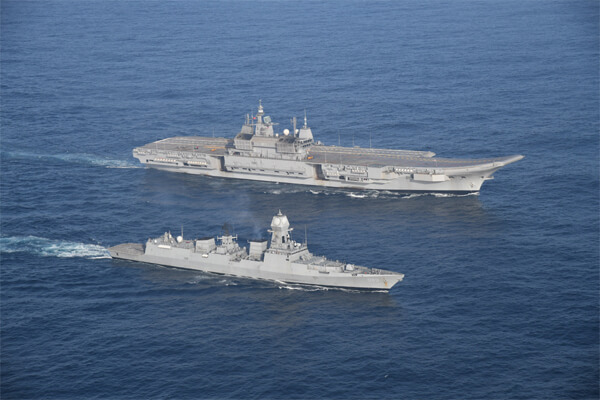 In addition to extensive upgrades to the infrastructure at Cochin’s shipyard to support the construction, they are reporting that the Indian shipbuilding and industry are benefitting from the project. Ancillary industries were developed and a domestic steel capability was also developed. The Navy reports that India is now self-sufficient in its ability to build warship quality steel and in the future all the naval vessels being built in India will employ domestic steel.