Fate of Vintage Cruise Ships Uncertain as More are Scrapped

Vintage cruise ships are continuing to be sold for recycling at the ship breakers due to the economic repercussions of the pandemic on the cruise industry and the global economy. News has emerged that at least two vintage ships were recently sold for scrap while the fate of several other older cruise ships remains uncertain.

Historically, ship owners planned for a 20 to 25 year economic life for their cruise ships, but as the industry’s growth accelerated older ships found continuing service with a series of smaller or niche operators extending the ship’s careers. While these vessels did not have the same amenities as the more modern ships, often their size and traditional features are what endeared them to a loyal traveling public.

The smaller, niche cruise operators lacked the financial resources to survive as the pausing in cruising stretched on in 2020 and many of the firms such as Pullmantur in Spain, Cruise & Maritime Voyages primarily in the UK, and Jalesh Cruises in India, went into their country’s form of bankruptcy. Other firms, including Marella Cruises in the UK or the NGO Peace Boat in Japan used this period to either downsize operations or update their fleet. Coupled with the high-profile sales from Carnival Corporation it created the first wave of cruise ship retirements and scrapings experienced in many years by the passenger shipping segment.

Recently, two more vintage cruise ships, the 1987-built Astor and the 1990-built Karnika were sold to breakers. Built for different segments of the cruise industry, these two ships emerged as the industry was beginning its rapid growth. 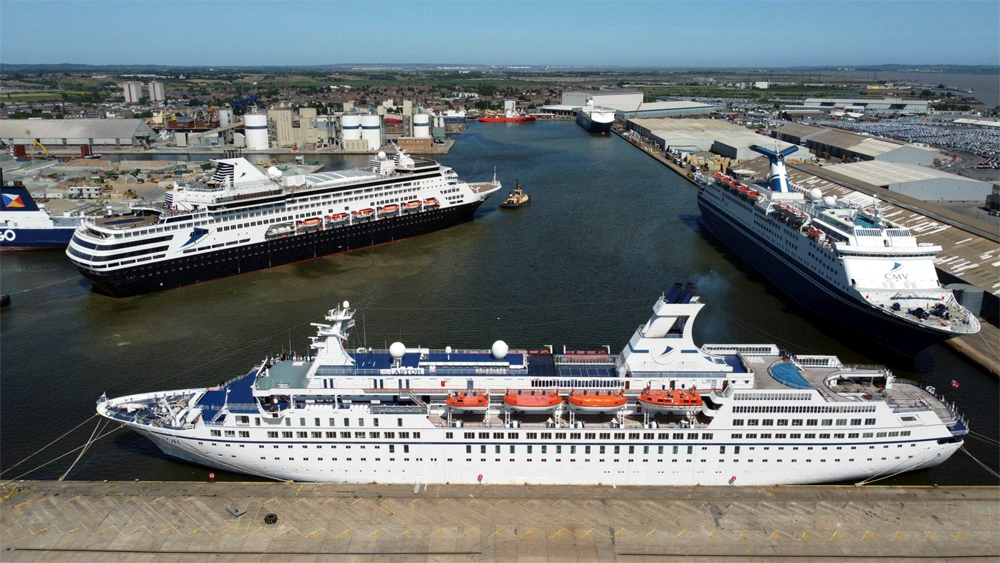 The Astor was built in Germany as part of a short-lived plan by Safmarine of South Africa to restore liner service between the U.K. and South Africa, as well as to enter the luxury cruise market. At 20,000 gross tons and accommodating just 650 passengers, the ship proved uneconomical and was sold to the Soviet Black Sea Shipping Company less than two years later. After operating a range of charters, she joined Cruise & Maritime Voyages which operated her in the Australian market, briefly also sailing from Germany, and recently as part of its U.K. business. CMV had planned to transfer her to the French market in 2021.

After CMV went into administration, the Astor was among the cruise ships ordered auctioned to pay debts. She was sold at auction last month for approximately $1.7 million and on November 7 was towed from the port of Bristol, England bound for Aliaga in Turkey for recycling.

In India, the court also ordered the Karnika sold to pay the debts of her owners and she will be going to the scrappers in Alang, India. Built in 1990, the nearly 70,000 gross ton ship was one of the first modern cruise ships built by Fincantieri and was one of the largest cruise ships in the world when she was introduced. She operated for more than a decade as the Crown Princess of Princess Cruises marketed from the U.S. She later moved to the German and U.K. markets before spending a decade sailing from Australia for P&O Cruises as the Pacific Jewel. In 2018, she was sold to a start-up company that launched Jalesh Cruises focusing on short cruises from India as well as Dubai. Jalesh entered service in the spring of 2019, but collapsed during the 2020 global pausing in cruising. The ship was arrested in Mumbai, but the owners announced plans to resume service in the fall. Blaming the uncertainty due to the pandemic, the company announced it was ceasing operations while the ship and its crew was largely abandoned. She is expected to be shortly towed to the breakers. 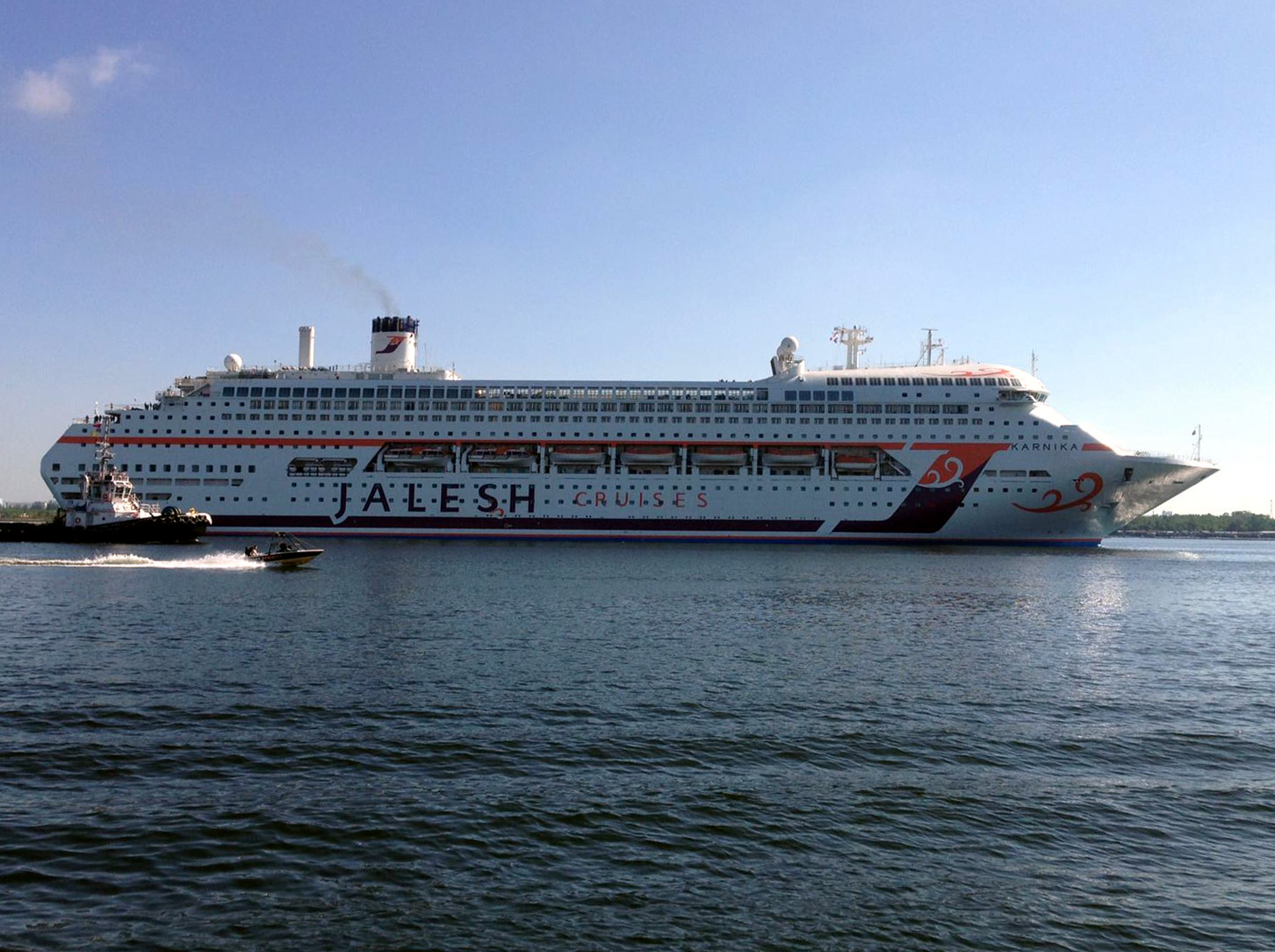 Karnika after her 2019 refit for Jalesh Cruises - photo from Jalesh

At anchor in Greece, lays several additional retired cruise ships, including both the Thomson Dream and Thomson Celebration, which were both retired and sold in 2020 due to the pandemic. Built as the Homeric in 1986 and the Noordam in 1984, both ships are expected to proceed to the breakers in Turkey. The 1990-built Horizon, last operated by Pullmantur, is also in the same anchorage expected to go to the scrapyard while her sister ship, the 1992-built Zenith is also in Greece with an uncertain fate. She had been sold to operate for the Japanese Peace Boat but is laid up with the NGO announcing it would modernize its fleet in 20201 with a cruise ship acquired from P&O Cruises Australia.

Peace Boat’s plans to use a newer, larger cruise ship also puts the 1982-built Ocean Dream in jeopardy. She was the first newly built cruise ship for Carnival Cruise Line entering service as the Tropicale. Her markings were recently painted out as Peace Boat retired her during the pandemic.

The fate of several other vintage cruise ships also remains uncertain. The popular Marco Polo, built in 1965 by the Soviets and rebuilt in the 1980s as a modern cruise ship was also sold during the auctions of the ships marketed by CMV. Conflicting reports say that the Marco Polo will also be scrapped while other reports say her new owner is offering her for charter operations. 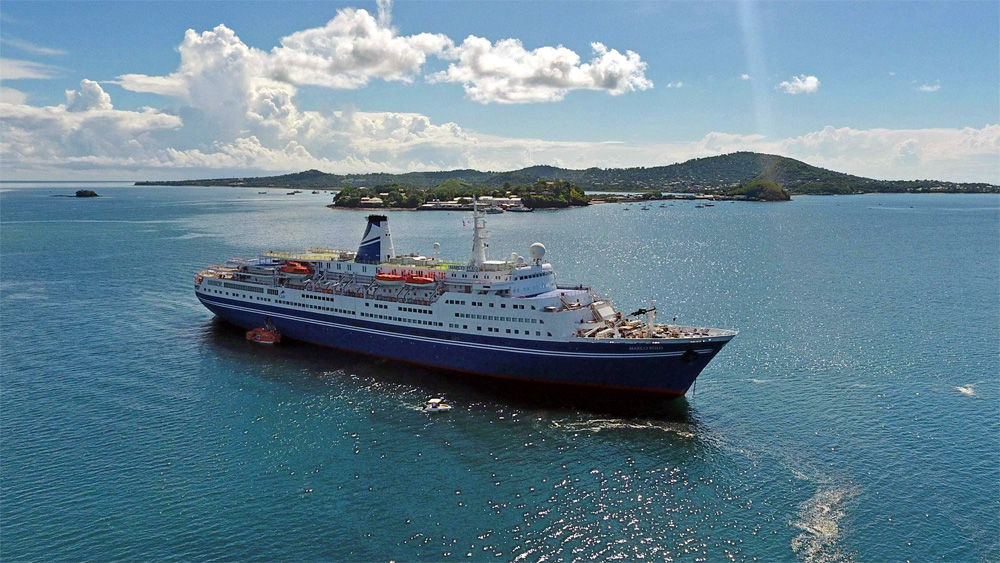 Fate of the classic Marco Polo is unknown - CMV photo

Many of the vintage cruise ships sold by Carnival Corporation were also acquired by the Greek company Seajets, which is reportedly speculating on the ships hoping to resell them when the cruising industry restarts. Other classic cruise ships, including two operated by Fred. Olsen Cruises, and one each from Carnival Cruise Line and Germany’s Phoenix Reisen have been sold to become hotels or accommodation ships.

The sale of all of these ships may largely signal the end of the 1980s and 1990s vintage cruise ships among most of the cruise lines.