Monday June 26 is the first anniversary of the inauguration of the Expanded Panama Canal.

In its first year of operation, over 1,500 Neopanamax vessels have transited the new locks. Container ships represent approximately 46.8 percent of traffic through the Expanded Canal, and the Panama Canal Authority has welcomed 15 new liner services.

On May 24, less than a month after the previous record was set, the Panama Canal welcomed the Neopanamax container vessel OOCL France, making it the largest capacity vessel to transit the Expanded Canal to date. The OOCL France, which measures 366 meters (1,202 feet) in length and 48 meters (158 feet) in beam with 13,926 total TEU allowance (TTA), transited northbound from the Pacific to the Atlantic Ocean. 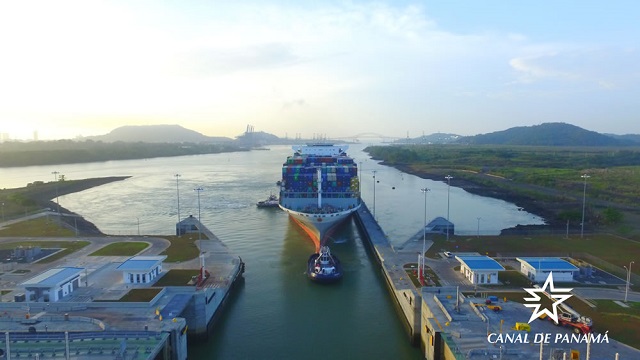 The OOCL France is deployed on the new OCEAN Alliance’s weekly South Atlantic Express (SAX) service, connecting Asia-U.S. East Coast ports via the Panama Canal. The SAX service is comprised of 11 vessels ranging in size from 11,000 to 13,000 TEUs. OOCL France is the second vessel in this service to transit through the Expanded Canal after the COSCO Development  which set the previous record on May 2. The COSCO Development has the same length and breadth as OOCL France and has a 13,345 TTA. 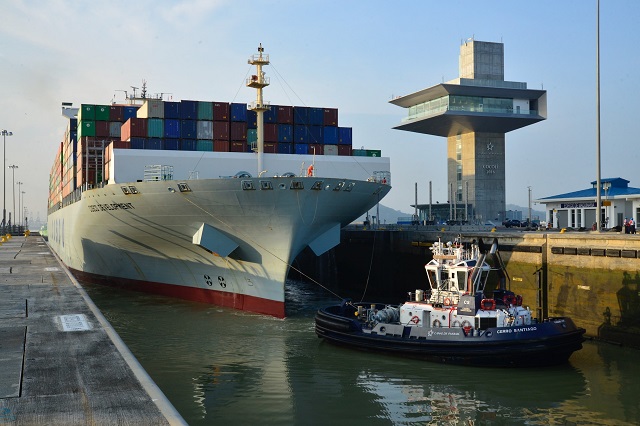 On April 29, the Expanded Panama Canal welcomed its first passenger vessel through the new locks: the Disney Cruise Line Disney Wonder. The Disney Wonder Panama Canal crossing was part of a 14-night voyage from Port Canaveral to San Diego, where the ship now sails cruises to Baja, Mexico, before a summer season sailing from Vancouver to Alaska. The Disney Cruise Line 2,713-passenger ship was transformed in late 2016, expanding the vessel's length to 300 meters (984 feet). 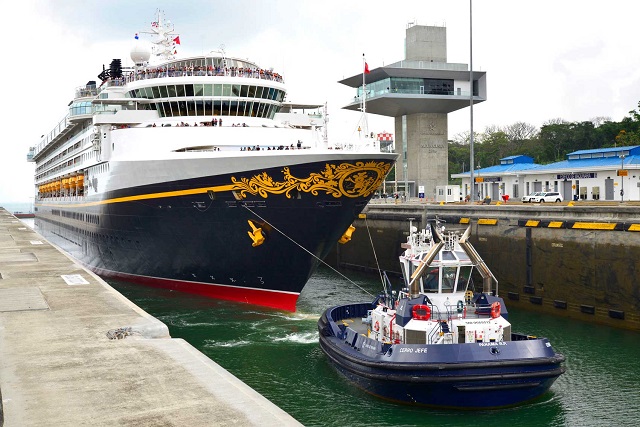 Panama Canal tonnage has increased by 22.2 percent compared to the 2016 and 2017 fiscal year. On average, 5.9 vessels transit the Expanded Canal per day, surpassing original forecasts of two to three daily transits for the first year of operation.

The Panama Canal Expansion was the largest infrastructure project since the Canal’s opening in 1914. It was analyzed for a decade via more than 100 studies. The Expansion included the construction of a new set of locks on the Atlantic and Pacific sides of the waterway, creating a third lane of traffic and doubling the cargo capacity of the waterway. It also included the creation of the Pacific Access Channel, improvement to the navigational channels, and improvements to the water supply.

While the expanded locks are 70 feet wider and 18 feet deeper than those in the original Canal, they use less water due to water-savings basins that recycle 60 percent of the water used per transit.