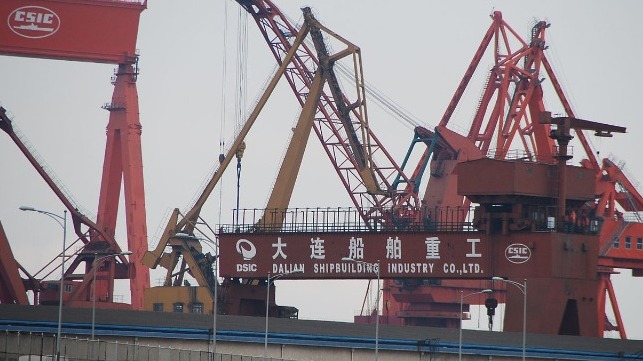 On Sunday, EU NAVFOR's naval forces destroyed a pirate skiff similar to that used in the attempted attack on the bulker KSL Sydney.

On October 16, a skiff with four armed pirates approached the Sydney at a position about 340 nm off Mogadishu. The captain mustered the crew in the vessel's citadel and set off the SSAS alarm. Meanwhile, the Sydney's embarked security team engaged the attackers in a "sustained exchange of fire," according to EUNAVFOR. The skiff eventually broke off and abandoned the pursuit.

After the attack on the Sydney, EU NAVFOR commander Rear Adm. Alfonso Perez de Nanclares ordered additional units to the area for an investigation. Spanish maritime reconnaissance aircraft flew over the area to gain as much information on suspected pirate activity as they could. Their patrols found that pirate launches were still active in the area and could be used to launch further attacks on shipping.

A suspicious boat identified by the patrol aircraft was later tracked down by the crew of the Spanish amphib ESPS Castilla to a small bay just off the Somali coast. Rear Adm. Perez ordered it to be seized, towed out to sea and destroyed. 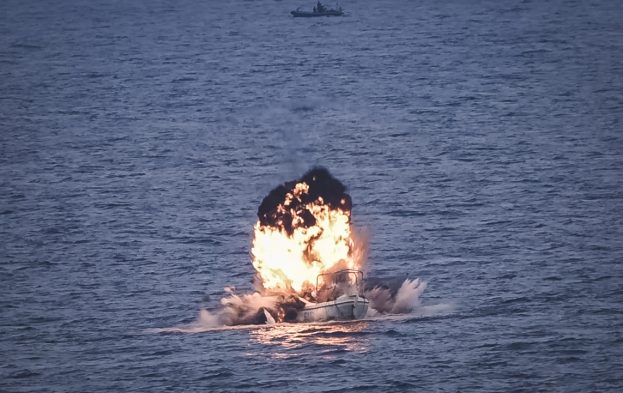 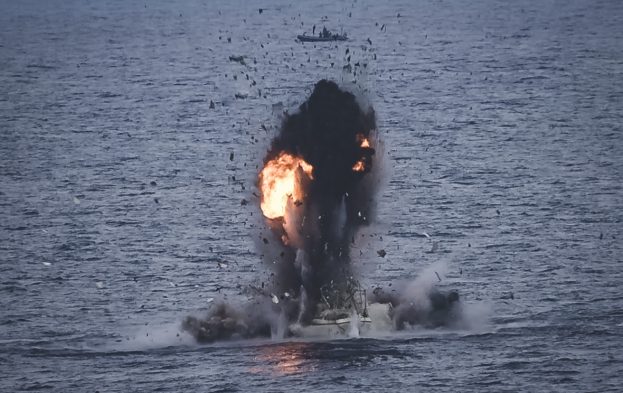 Somali piracy has fallen far from its peak in 2011-2012, when pirate "mother ship" boats ranged thousands of miles across the Indian Ocean. A combination of armed shipboard security contractors and multinational naval patrols ultimately suppressed the problem, resulting in several years without a successful attack. Somali piracy re-emerged last year with a series of attacks on small dhows and foreign bulkers, like the hijacking of the OS 35.

Shipowners' association BIMCO reports that orders for new ships have plummeted due to the coronavirus outbreak. With trade activity expected to contract in many sectors this year, the demand outlook is weak and ordering activity has fallen accordingly. As the outbreak spread in the first three months of 2020, new orders for bulkers, tankers and boxships fell by more than 50 percent relative to the same period last year. Bulkers accounted for the most significant decline, falling more than 75...

The cruise lines are being challenged with how to handle the crew aboard their ships in the face of the continuing public health crisis. Initially, as the coronavirus (COVID-19) forced the suspension in operations, the lines had maintained their crews. Now as the suspension is extended many of the cruise lines are quietly working to repatriate non-essential crew members from the ships. Worldwide there are approximately 300 ocean-going cruise ships with over 200,000 crew members, with the largest portion in...

European travel and cruise giant TUI AG has secured a $2 billion bridge loan from the German policy bank KfW in order to reduce the impact of the COVID-19 crisis. The deal gives TUI access to credit and cash totaling nearly $3.4 billion. The loan will be provided via TUI's existing credit line with its commercial bankers, and it is still subject to their approval. The terms require that TUI must waive dividend payments to its shareholders for the duration...

Total has signed an agreement to charter its first two LNG-powered very large crude carriers (VLCCs).  The two vessels, which are able to carry about 300,000 tons of crude oil each, will be delivered in 2022 and will join the time-chartered fleet of Total. The VLCCs will be chartered from Malaysian shipowner AET. AET currently operates two LNG dual-fuel Aframax vessels and two LNG dual-fuel Dynamic Positioning Shuttle Tankers within its global fleet. The new dual-fuel vessels have been designed...