Equinor announced Thursday that it has approved plans to keep its 40-year-old Statfjord field in operation into the late 2030s, if not longer. The Statfjord A platform will get a life extension until 2027, and Statfjord B and C will be kept running beyond 2035. It is the latest in a long string of reprieves for Statfjord A, which was installed in 1979 and originally expected to sunset in 1999; before this week's announcement, it was expected to shut down in 2022.

Equinor and its many partners at Statfjord have decided upon a new business plan for the main field and its satellite fields. Around 100 new wells will be drilled by 2030, helping to maintain current production levels beyond 2025. According to Equinor, this will require considerable investment and upgrading for the three platforms.

In preparing the plan, Equinor says that it has worked with all five trade unions in the company, including Industri Energi, SAFE, NITO, Tekna and Lederne. “I am speaking on behalf of all the trade unions in Equinor when I say that we are pleased about Statfjord operations being extended for many years, leading to higher employment and more value creation – it is truly an adventure,” says Bjørn Asle Teige, employee representative and leader of SAFE's Equinor branch.

“Jobs on the NCS are highly profitable and important to Norway, so this is a good decision for us,” says Per Martin Labråthen, employee representative and leader of Industri Energi in Equinor. “It is good social economics to utilize the NCS infrastructure we have invested in, to make optimal use of the Norwegian community’s resources."

Statfjord was a key part of the long oil boom that underpinned Norway's transformation into the world's wealthiest nation (on a per-capita basis). Over the past four decades, the field has generated $180 billion in gross income for its owners and for Norwegian society, according to Equinor. The field hit the five-billion-boe lifetime production mark in 2016.

For many Norwegian offshore workers, Statfjord has great significance. Sverre Sangolt, who has been an electrician on Statfjord A since it opened 40 years ago, now expects that he will retire before the rig does - not the other way round, he told Sysla.no. "The field has a unique history in the Norwegian context, and it is the very capital of Equinor. I don't really think people understand how important the field has been and how enormous values ??have been created," Sangolt said. 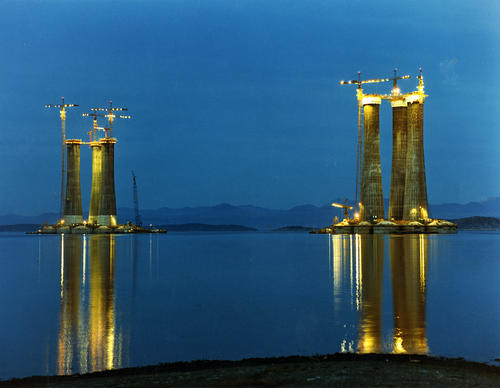