Efforts to save the WWII-era museum ship USS The Sullivans are starting to pay off, according to the salvage team. Multiple holes in the hull have been patched, and the vessel's condition is believed to be stable.

The museum ship USS The Sullivans experienced flooding on her starboard side and took on a heavy list on April 13. A joint effort involving the U.S. Coast Guard, T&T Salvage, local first responders and the museum operator have succeeded in keeping the ship afloat and stable at its berth.

The team is using multiple salvage pumps to keep flooding under control, and divers are using plugs, patches and epoxy to repair breaches in the aging vessel's hull. The Sullivans has long been known to be in need of hull repairs, and a restoration effort to reinforce her hull with epoxy along the waterline began last year. It had been slated to continue this spring, once water temperatures warmed enough to do the work.

High winds have caused delays in the external dive operation, but so far, the dive team has found and plugged about one dozen holes in the hull. The penetrations range in size from about 0.75 to 2.5 inches, according to Buffalo's ABC affiliate.

“We are seeing that the plugs and patches that the divers have installed are actually working. We talked about the divers installing 10 plugs on the starboard side, and three plugs on the port side. So those are all holding," said U.S. Coast Guard Sector Buffalo Commander Capt. Lexia Littlejohn in a radio interview. "The list is actually less severe than it was [at the start of the incident]." 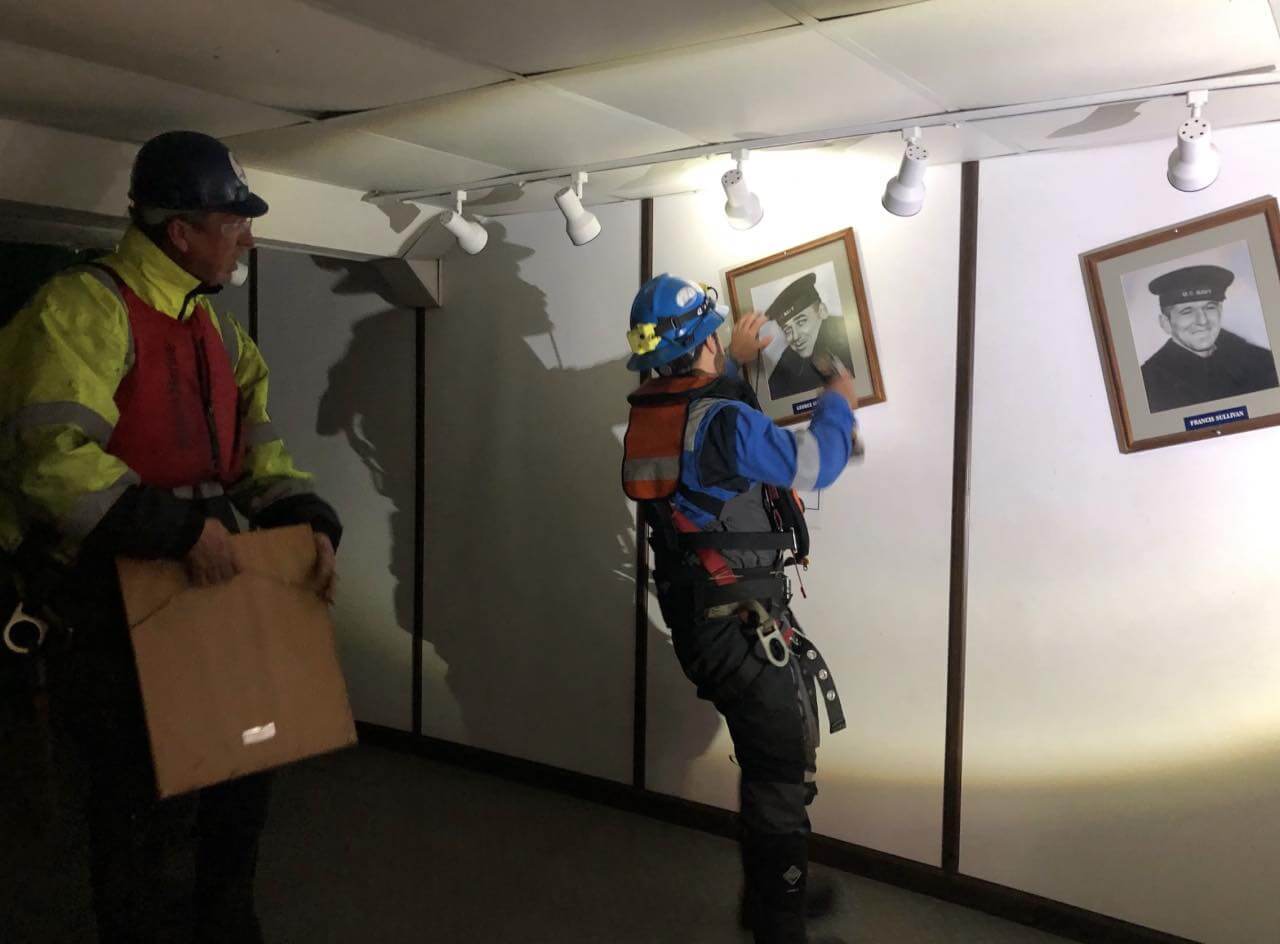 The vessel's condition is stable enough that salvors allowed a rescue mission inside the ship to recover historical artifacts. As a museum ship, USS The Sullivans had many historical objects on display, including the scale model of the vessel herself. Over 40 items were rescued in hopes of preserving and returning them later.

The vessel's long-term prospects are looking better as well: last week, U.S. Senator Chuck Schumer (D-NY), the Senate majority leader, said that he would commit to finding federal funding to pay for the refloat and restoration. "While the cleanup efforts have already begun, this is going to be an expense, and it shouldn’t be the city or county or the park that have to pay for this," Sen. Schumer said.