Deepest Ever Submarine Dive Made by Five Deeps Expedition

The Five Deeps Expedition has successfully dived to the bottom the deepest point on Earth: Challenger Deep within the Mariana Trench.

The last visit to the bottom of Challenger Deep was made in 2012 by filmmaker and explorer James Cameron, who reached a depth of 10,908 meters on a dive in his submersible, the Deepsea Challenger.

Prior to Cameron’s dive, the first ever dive at Challenger Deep was made by the Trieste, a U.S. Navy deep submergence bathyscape, in 1960 to 10,912 meters by Lieutenant Don Walsh and Swiss scientist Jacques Piccard. Walsh joined Vescovo on board the DSSV Pressure Drop for the current expedition.

Both the Trieste and Deepsea Challenger only descended to the bottom of Challenger Deep once, but between April 28 and May 5, 2019, the Limiting Factor completed four dives to the bottom of Challenger Deep and one final dive on May 7, 2019 to the Sirena Deep which is also in the Mariana Trench, approximately 128 miles to the northeast. Two of the dives, including the deepest one made on April 28, were solo dives piloted by Vescovo. 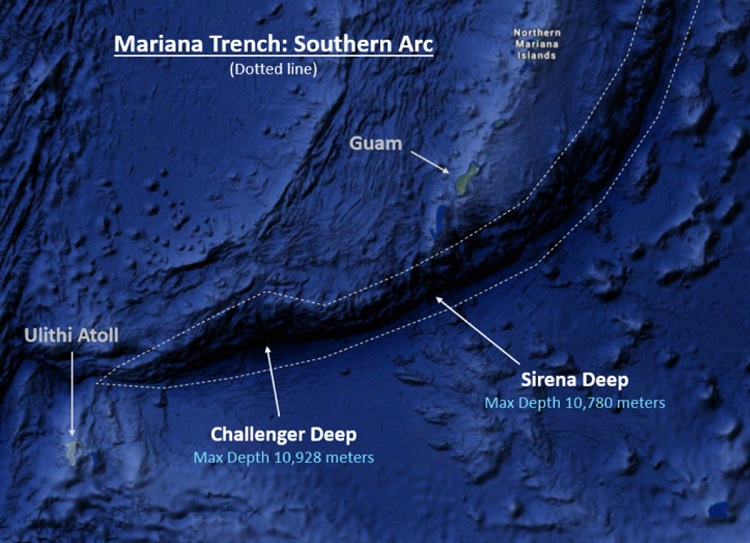 The full diving program during this phase of the overall expedition consisted of:

1. Dive #1 (April 28, 2019): Solo dive to bottom of the Eastern Pool of the Challenger Deep to 10,928 meters (Victor Vescovo, Pilot). The expedition has calculated that this was the deepest dive by any human in history. Four hours (248 minutes) were spent on the bottom exploring the basin, which is now the longest period of time ever spent on the bottom of the ocean by an individual.

2. Dive #2 (May 1, 2019): A second, solo dive to the bottom of the Eastern Pool of the Challenger Deep to 10,927 meters (Victor Vescovo, Pilot). Three hours (217 minutes) were spent on the bottom including extensive exploration of the southern, rocky slope of the Deep.

3. Dive #3 (May 3, 2019): DNV GL Commercial Certification Dive in the Eastern Pool of the Challenger Deep (Patrick Lahey, Pilot; Jonathan Struwe, Specialist). This was the deepest marine salvage operation ever attempted and was successful. A Five Deeps Expedition scientific lander was stuck on bottom during the previous dive (#2) and was freed and recovered from 10,927 meters by direct action of the manned submersible. The submarine also passed all of its qualification tests and commercial certification by DNV GL was granted. This makes the Limiting Factor the first full ocean depth-capable submersible to meet commercial safety standards and be granted commercial operating certification. (All previous submersibles achieving this depth historically were considered “experimental.”) Approximately 2.5 hours (163 minutes) were spent on the bottom by the sub.

4. Dive #4 (May 5, 2019): Scientific Dive in the Central Pool of the Challenger Deep (Patrick Lahey, Pilot; John Ramsay, Sub Designer). Video surveying and biological samples were collected by the submersible and its landers for scientific analysis. The major focus was to investigate the north and southern edges of the subduction zones in the Challenger Deep. Time on bottom was approximately three hours (184 minutes).

5. Dive #5 (May 7, 2019): Scientific Dive in the Sirena Deep which is part of the Mariana Trench (Victor Vescovo, Pilot; Dr. Alan Jamieson, Chief Scientist). First manned descent to the bottom of the Sirena Deep, which focused on geological, biological and video survey and collection in the trench basin. Time on bottom was three hours (176 minutes) and the deepest piece of mantle rock ever recovered from the surface of the western slope of the Mariana Trench was collected.

As with every other previous expedition dive, the team extensively measured and mapped the operating area with a Kongsberg EM124 sonar to pinpoint the desired dive sites. On average, it required 3.5 hours for the submersible to reach the bottom of the Challenger Deep and 3.5 hours to ascend. The average total mission duration lasted from 11-12 hours including one hour combined for launch and recovery of the sub from the surface, well under the submersible’s required life support endurance of four days with two persons on board. 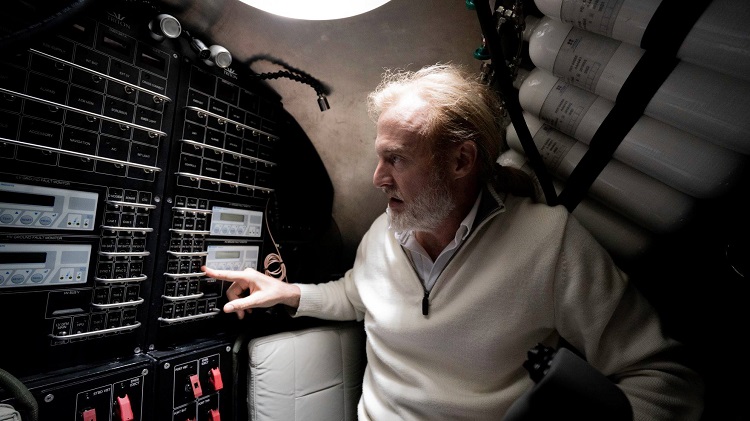 With his dives, Vescovo became the first person to have summitted Mount Everest and been to the bottom of the ocean, as well as having skied to both the North and South poles. In 2011, he completed the Seven Summits – climbing the highest peak on every continent – and has now been to the bottom of four of the world’s oceans.

“It is almost indescribable how excited all of us are about achieving what we just did,” said Vescovo after arriving in Guam after the completion of the dives. “We feel like we have just created, validated, and opened a powerful door to discover and visit any place, any time, in the ocean – which is 90 percent unexplored.”

After the Tonga Trench diving program is complete, the Five Deeps Expedition team will stop once more at the Puerto Rico Trench (Atlantic Ocean, 8.376 meters) on its way to the overall expedition’s fifth and final “Deep” dive in late August, the Molloy Deep in the Arctic Ocean. The mission at the Puerto Rico Trench is to perform science dives in a location previously visited by the French submersible Archimède in 1964.

The Five Deeps Expedition is being filmed by Atlantic Productions for a five-part Discovery Channel documentary series due to air in late 2019. 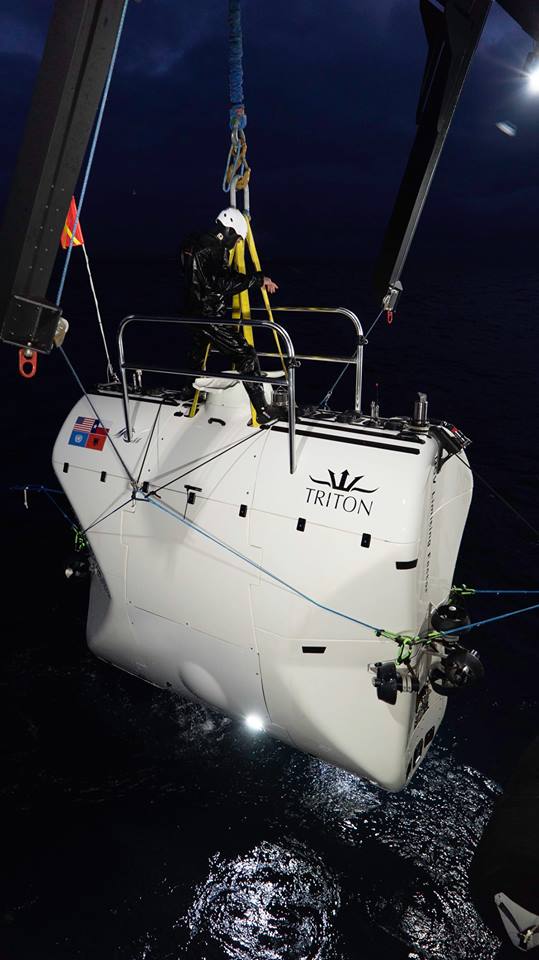