Companies importing vessels from overseas have been put on notice by the Australian Border Force (ABF) after demands for payments of nearly A$2 million ($1.4 million) were issued for two undervalued commercial craft.

In the worst case, an investigation by ABF customs compliance officers discovered that a dredging vessel recently imported into Queensland was undervalued by more than A$15 million ($10.6 million). After investigation, the value of the vessel was amended to over A$65 million ($46 million) which resulted in a demand for additional Goods and Services Tax (GST) of over A$1.5 million ($1 million).

In a second case, ABF officers found that the broker for a tugboat imported to work in the Pilbara region of Western Australia had incorrectly reported the value of the vessel. Based on the vessel’s amended value of just over A$12 million ($8.6 million), the broker was required to pay an additional A$250,000 ($177,000) in GST.

In a third case, the broker of a dredger imported into the Northern Territory was required to pay an additional A$20,000 ($14,000) in Duty and GST for understating the amount of marine diesel fuel and lube oil she was carrying. Imported fuel products are subject to an equivalent customs duty in such a case.

ABF Acting Commander Steve Evans said: “Importers who don’t pay the correct amount of duty and GST are depriving the Australian economy and ultimately Australian taxpayers.” Failure to comply can result in severe penalties, or the suspension or cancellation of licenses and potentially prosecution, he said. 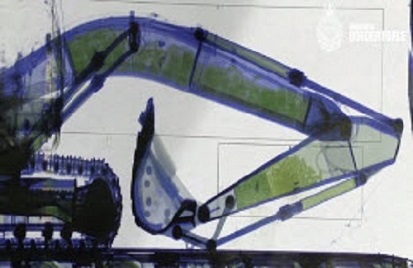 The ABF was involved in the seizure of 384 kilograms of cocaine earlier this month after ABF officers intercepted a second-hand excavator which had recently arrived from South Africa. The excavator was X-rayed at the Sydney Container Examination Facility, and the cocaine, with a street value of approximately A$144 million ($102 million) was discovered. Following a controlled delivery of the excavator, two men aged 33 and 34 were arrested.

In a separate seizure this month at the Container Examination Facility in Melbourne, a shipping container was found to have illicit rough-cut tobacco equating to over A$5.7 million ($4 million) in evaded duty. Originating from Indonesia, the container was labeled to contain items such as green tea, coffee, water, taro tea and coconut chips, not the 300 boxes of tobacco. The illicit tobacco market in Australia is worth about A$600 million ($425 million) a year in evaded revenue. 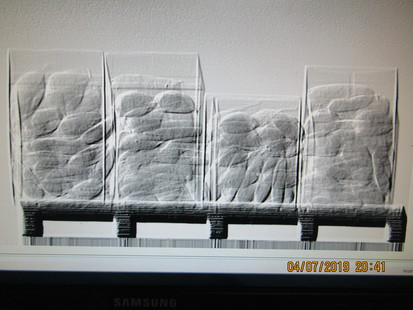 In April, the ABF was involved in an operation targeting heavy vehicle and marine safety around Portland, Victoria. Over 440 vehicles and drives were checked for traffic and fatigue regulation breaches, and ABF officers and detector dogs checked over 100 vessels looking for Maritime Security Identification Cards, assessing container security and integrity and conducting risk assessments of containers departing the waterfront.

Over 65 penalty notices were issued for a range of traffic and maritime offenses.