Several cruise lines are finding innovative ways to resume operations despite the continuing restrictions on international travel due to the coronavirus.

As countries have begun to ease restrictions on daily life, people are anxious to resume normal activities including traveling. However, with the limits on international travel, closed borders and ports, and reduced numbers of international flights, normal overseas vacation patterns and especially cruises seem to be just a dream for many people this year.

“For liability and passenger safety reasons, we expect cruise lines to be the last segment of the travel space to restart,” says Jonathan de Araujo, the owner of The Vacationeer, a travel agency based in Massachusetts. Supporting this outlook is the fact that in the United States the Centers for Disease Control and Prevention (CDC) continues to have its “no sail order” in place and recently admitted in an interview with the Miami Herald that it “has not begun to review plans for how to safely operate cruises prior to development of a vaccine.”

Despite these challenges, the cruise industry recognizes that people are anxious to plan summer vacations and are looking for alternatives. “History has shown that even in negative times and poor media that it doesn’t stop people from traveling,” says Nichole Ratner, a frequent cruiser and editor of the consumer website cruisingwiththefamily.com.

To meet the demand of travelers, and seeking to maintain a portion of the travel industry, several cruise lines have found an innovative solution, creating a new domestic cruise segment focusing on individual countries and local destination. Where ocean cruising is typically known for proving passengers with a broad range of ports across multiple countries, these new cruises reverse that trend marketing locally and focusing on ports of call in an individual country.

One of the first areas where this new domestic cruise is emerging is in Scandinavia. While Norway continues to restrict international travelers, two cruise lines, SeaDream Yacht Club and Hurtigruten, have both announced they will resume sailing in June for Norwegians and possibly the broader Scandinavian community depending on travel restrictions. 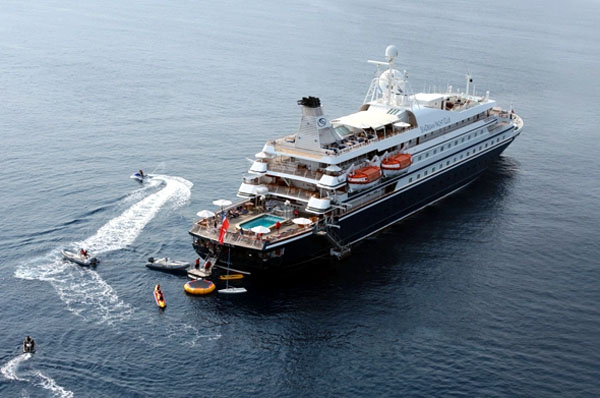 SeaDream, the operator of two 112 guests, luxury yacht-style cruise ships, recently announced that it will resume cruises on June 20 as its SeaDream I sails in Norway between Bergen and Oslo. SeaDream will be operating 7 and 12-day voyages on the Norwegian coast traveling as far north as Tromsø, above the Arctic Circle. The line launched a dedicated website in Norwegian for the cruises, but says it hopes as travel restrictions ease to expand the marketing to its international customers.

Similarly, Hurtigruten, which has a long heritage of operating on the Norwegian coast as well as its expedition cruises, also plans to resume operations with its first departure from Bergen on the Finnmarken on June 16. Its vessels the Richard With, Trollfjord, and Midnatsol will also resume their original routes from Bergen along the Norwegian Coast, crossing the Arctic Circle to the northern port of Kirkenes.

According to Hurtigruten, “further restarts and sailings for other ships will be considered as we go. The size and scale of our step-by-step restart is dependent on national and international travel restrictions, government support, and other external factors outside of our control.”

Passengers on these first cruises will experience a variety of changes to the previous travel patterns. Hurtigruten, for example, is restricting the number of passengers on each sailing to help with maintaining social distancing. Every crew member will have undergone a health check and have completed WHO’s official COVID-19 course for hygiene procedures and infection management and there will be an increased emphasis on hygiene and cleaning of spaces aboard the ships. Meals will be served with more seating times and no self-service.

While the new trend of domestically marketed cruises that sail around the local region is emerging on the rivers and in Norway, other cruise lines around the world are also looking at this concept as a possible route to restoring service while the broader travel restrictions remain.

In Australia, the consumer travel publication Cruise Passenger is reporting that the French cruise line Ponant is exploring resuming expedition cruising in the Kimberley region of northwest Australia. Ponant has scheduled cruises between the cities of Darwin and Broome aboard its vessel the Le Laperouse with departures as early as July 2020.

Monique Ponfoort, Vice President Asia-Pacific for Ponant, explains “You will appreciate that, in Australia and New Zealand, there are so many variables in play, all we can do is look at options as best we can, including monitoring when borders are likely to reopen, and when domestic and international flights will again operate. Right now, we are not sure of the start dates in Australia and New Zealand, but we are undertaking the groundwork to recommence as soon as possible.”

While Ponant is exploring resuming operations in Australia, the company has also announced plans for local cruises sailing from France beginning in July.  The company intends to offer cruises both along France's Atlantic coast as well as ships cruising from the Mediterranean ports.

Even in the U.K., which has struggled to control the virus, Viking has hinted at possibly running some local cruises before the end of the summer. The company recently began exploring possible interest from its loyal audience while admitting that it would also require further changes in the current travel restrictions. Viking was the first cruise line to suspend operations before the industry-wide initiative and currently has all cruises canceled through August.

Some of the larger European cruise lines have also suggested that they might resume cruising with cruises to nowhere meaning only time at sea and no ports or just a single port with the trip being focused on sea time.

The domestic cruise solution, however, will not work in the United States, where government regulations prohibit international cruise ships from transporting passengers between two U.S. ports without visiting a most distant foreign port. Similarly, a few years ago the enforcement of the regulations changed to prohibit cruises to nowhere from U.S. ports. It is unclear if U.S. authorities would permit these cruises with a technical call in a foreign country, but regardless until the CDC acts no cruises will sail from the United States.