The expectation had been that 2020 would be a busy year for new cruise ship deliveries as the building boom continued in the industry. Sidelines like so many businesses during the pandemic, cruise ship construction is picking up again with the first two large cruise ships delivered by their builders since the onset of the coronavirus pandemic.

A dozen large cruise ships had been expected to be delivered in 2020. It would have totaled more than 1.4 million gross tons and over 36,000 berths. However, as the pandemic overtook the world, the shipbuilders found supplies disrupted and two of the largest yards, Fincantieri and Chantiers de l'Atlantique, were forced to briefly suspend operations. With cruises remaining on pause many of the cruise lines have also sought to delay the delivery of their new ships.

In recent weeks there have been several signs of progress with the float out of the Wonder of the Seas under construction in France and the MSC Seashore in Italy. Yesterday, September 30, Fincantieri and Meyer Werft became the first yards to deliver large cruise ships since March, and only the fourth and fifth large ships handed over to their owners in 2020. It appears that only one or two more large ships will be delivered during the remainder of the year.

At 145,000 gross tons, the Enchanted Princess is the largest cruise ship to be delivered in 2020. The ship, which can accommodate 3,660 passengers double occupancy, is about four months behind her expected delivery date, but with cruising continuing to be suspended will remain idle for the time being. Princess expects the ship will cross the Atlantic to arrive by December in time for her planned winter cruises from Florida to the Caribbean. 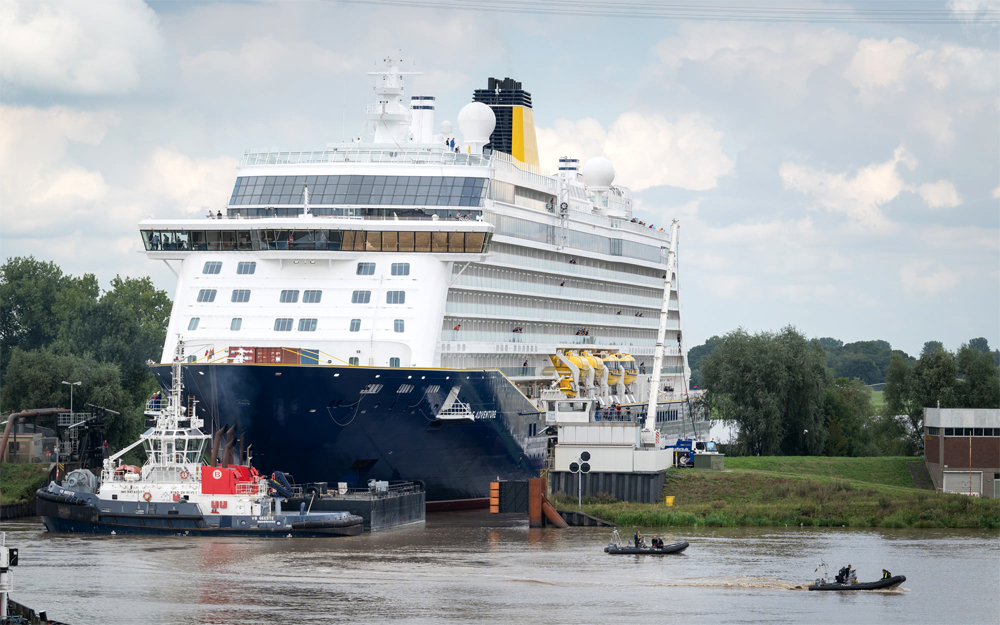 Spirit of Adventure during her conveyance to Emden, Germany - courtesy of Meyer Werft

At the same time in Emden, Germany, Meyer Werft delivered its first cruise ship in 2020. The 58,250 gross ton Spirit of Adventure was handed over to the British firm Saga. Able to accommodate 999 passengers, she is the second ship that Meyer built for Saga and part of the British company’s effort to modernize its cruise operations. Saga, however, also announced that it would be delaying the ship's maiden voyage until February 2021 due to the travel restrictions.

Continuing the accelerating pace of new cruise ship construction, today, Fincantieri started the float out process for another new cruise, the Rotterdam of Holland America Line. The third ship in Holland America’s Pinnacle Class she will be approximately 99,800 gross tons, with accommodations for 2,668 passengers. After a coin ceremony, Fincantieri began letting water into the dry dock. The Rotterdam will be repositioned to the fitting out dock next week and is expected to be delivered on July 30, 2021. 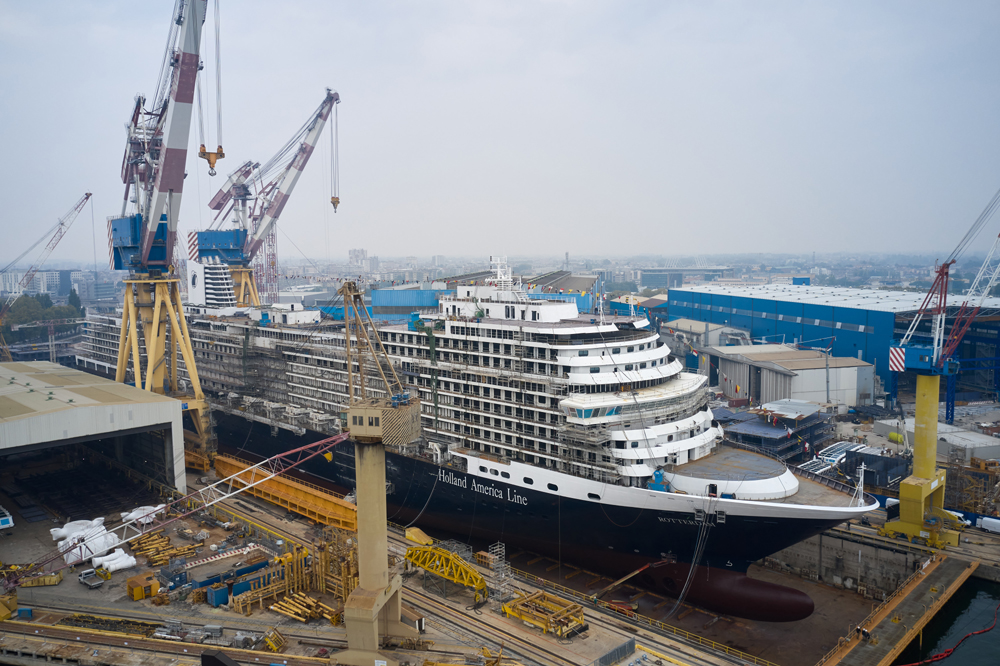 While many of the new cruise ships are being delayed, it is anticipated that three additional ships will be delivered before the end of the year. Meyer Werft has completed construction on the Iona for P&O Cruises while Fincantieri is completing construction on the Silver Moon for Silversea Cruises and the Costa Firenze for Costa Cruises. Costa recently announced that the Costa Firenze would enter service in December sailing from Italy. Based on the uncertainties over the travel restrictions, she might become the first new cruise ship after the pandemic to enter service.