Britain’s new polar expedition ship, the RRS Sir David Attenborough, has been collaborating with an icebreaker cruise ship after encountering difficult sea ice conditions during a resupply mission as part of the research ship’s first polar expedition. British Antarctic Survey which oversees the operations of the vessel, reports that they appreciated the collaboration, but unfortunately have been forced to turn back after they were unable to deliver critical science cargo to support the International Thwaites Glacier Collaboration.

“Local sea ice conditions are currently particularly difficult, with second-year sea ice, covered in a thick layer of snow,” reports BAS on the current challenges faced by the RRS Sir David Attenborough. The vessel is capable of breaking through 1-meter thick ice at a speed of three knots. It is a Polar Class 5 vessel classed as “ice capable” but not an icebreaker. That’s when they realized that they could collaborate with the Le Commandant Charcot, the French cruise company Ponant’s newly built LNG-fueled electric hybrid icebreaker cruise ship. The expedition cruise ship is the first PC2 Polar Class cruise ship with the capabilities of breaking through ice up to 2.5-meter tick at a speed of three knots.

The expedition ship was in the area of Carroll Inlet operating in the same area as the research vessel.  The RRS Sir David Attenborough at the time was seeking a path to reach the British research station and deliver the scientific equipment.

“When we realized we had the opportunity to work together to support the RRS Sir David Attenborough, we immediately set off,” explains Captain Patrick Marchesseau on board Le Commandant Charcot. “Additionally, it was a unique opportunity for our guests to see first-hand the challenges involved in polar science.”

According to Ponant, the Le Commandant Charcot’s PC2 hull design has the ability to sail in “double-acting mode” enabling the ship to tackle thicker and more dense ice. She does this more quickly and efficiently by sailing backward.

The Le Commandant Charcot sailing backward opened a channel with the RRS Sir David Attenborough following working to widen the channel. The collaboration enabled a three nautical mile channel to be opened in just three hours. BAS reports despite the effort to create a channel, the sea ice conditions to the drop-off point were even more unfavorable. After some deliberation, they said it was decided that the RRS Sir David Attenborough should turn around. They are now seeking an alternate drop-off location approximately 150 nautical miles further round the English Coast in Antarctica.

“This joint exercise highlights the value and importance of collaboration and cooperation in Antarctica, where conditions are often changeable and demanding,” said Dave Wattam, Head of Polar Operations at British Antarctic Survey. “The sea ice conditions around the English Coast are extremely challenging this year, and it’s great to work with the Le Commandant Charcot to remain on schedule.”

It is the second time this season that an expedition cruise ship has assisted researchers in the Antarctic. In January, the new expedition cruise ship SH Minerva boarded eight researchers that were in danger of becoming standard on the continent due to bad weather and logistic problems related to the pandemic. Swan Hellenic’s ship extracted the team and transported them to Argentina. 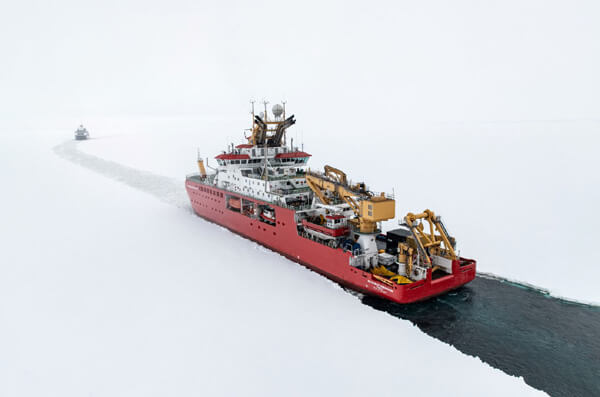 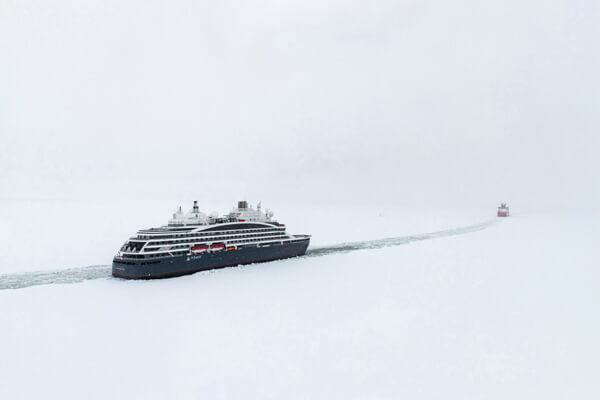