Costa Cruises became the first of Carnival Corporation's cruise line to resume operations as its first cruise departed Trieste, Italy on September 6. After being idle for more than six months, the cruise line is taking a cautious approach to resuming operations and restoring traveler’s confidence in cruising.

Costa Cruises took extensive steps to prepare for the first cruise working with officials in Italy to establish health and safety protocols. The 92,700 gross tons cruise ship Costa Deliziosa became the first to sail departing Trieste on a 7-day cruise that will only call at the Italian ports of Bari, Brindisi, Corigliano-Rossano, Syracuse, Catania. The first three cruises are being reserved for people residing in Italy and to limit the amount of travel to the ship, passengers can board in Trieste, Bari or Catania. Currently, the cruises are scheduled through October 4, but Costa plans to have the ship sailing from Trieste on its Adriatic cruises for the remainder of the year.

These cruises are part of a gradual restart for Costa, which focuses on the Italian and European cruise market. In two weeks, on September 19, the company also plans to start cruising from Genoa, Italy aboard the Costa Diadema. Again, the ship will initially only visit the Italian ports of Civitavecchia (Rome), Naples, Palermo, Cagliari and La Spezia and the first cruises will be limited to residents of Italy.

As part of the gradual return to service, Costa also anticipates that its largest cruise ship, the Costa Smeralda, will resume sailing in October and that it December it will introduce its newest ship, the Costa Firenze, which is currently under construction at Fincantieri’s Marghera yard. At the same time, though, the company also announced today that it was canceling its South American cruise season scheduled to operate between November 2020 and April 2021.

As part of the preparation for the return to service from Trieste, on September 4, Costa conducted a mock embarkation session as a rehearsal to train its staff in the new protocol. Under the procedures the idea is to make the terminal a safety zone that can only be entered by embarking passengers and assigned personnel. The same procedures will be following in each of the embarkation ports.

Passengers will be arriving at the terminal in small groups with assigned times starting at 10 a.m. in the morning and proceeding at 30-minute intervals and must wear face coverings while in the terminal. They are also requested to maintain social distancing and disinfectant gel dispensers are available for hand hygiene. 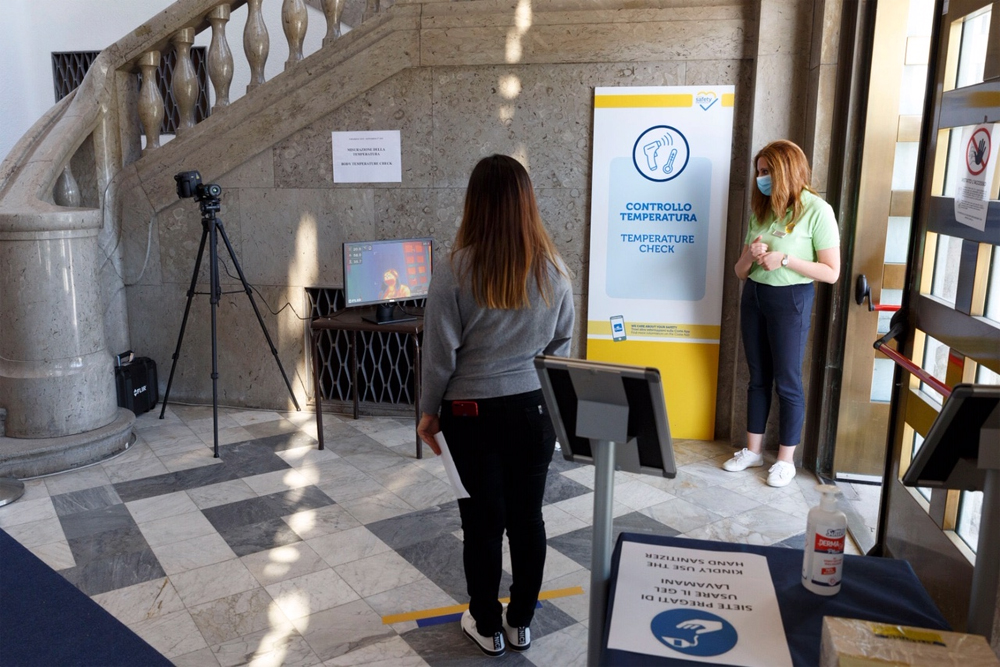 Each person goes through a series of steps starting with an infrared system which measures a person’s body temperature. If the passenger registered at 99.5 F or higher, or display’s any flu-like symptoms they will undergo a more in-depth medical check-up. The second step verifies the health questionnaire that passengers complete online and looks for any changes in status. Finally, all passengers much agree to a test with an antigenic swab, carried out in dedicated area of the Maritime Station. The test results will be available in approximately 20 minutes. A positive test or suspicion can be confirmed with a molecular swab test.

Similar precautions are being extended to all of the crew working aboard the cruise ships. Prior to embarking, crew members are also tested with molecular swab at intervals and been quarantined for 14-days prior to starting work. In addition, each member of crew will have a monthly swab test. 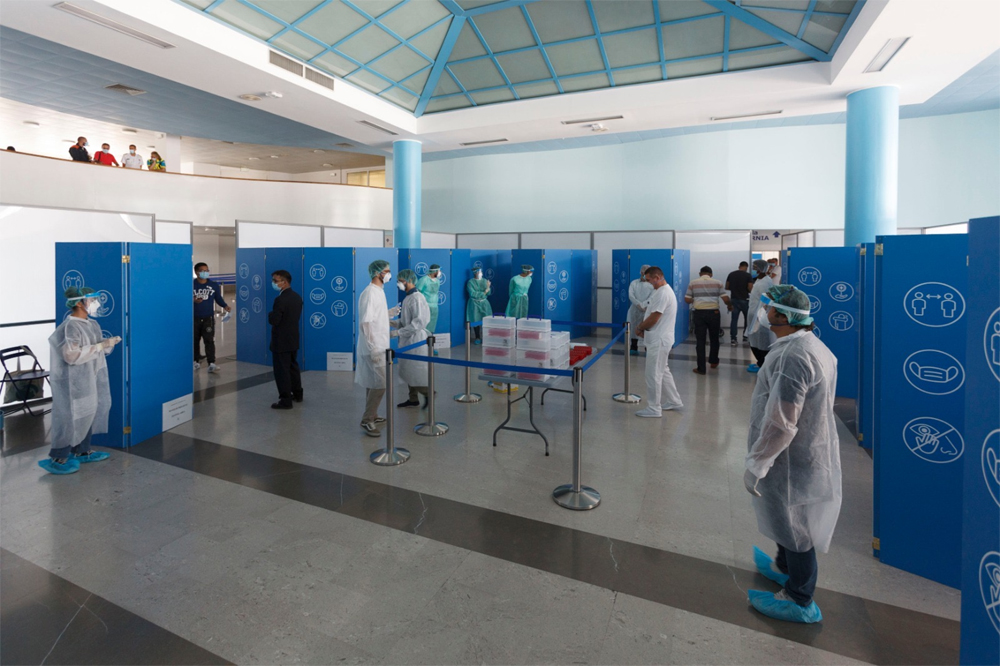 Once passengers are aboard the cruise ship, they will also find a number of changes to the operation. Capacity aboard the ship is being limited to help maintain greater distances between passengers. Audiences are being limited during the shows with more repeat performances so that everyone has the opportunity to see the show. All meals are being serviced with table service, eliminating self-service buffets, and capacity in certain areas of the ship are being limited as well as staggering entrance times to areas such as the spa, pools and children’s facilities. Hand sanitizing stations and self-service clinical thermometer kiosks have also been placed around the ship.

Visits on shore during the cruise are limited to excursions organized by Costa Cruises. Passengers will have their body temperatures checked leaving and returning to the ship, will tour in small groups in vehicles that were sanitized before the tour.

While the protocols and restrictions seem significant, they are similar to steps that MSC Cruises also instituted when it returned to service a few weeks ago. The companies plan to proceed cautiously to reduce the potential of exposure to the virus being introduced aboard their ships.