Efforts were recently undertaken near Nome, Alaska to free a stranded mining platform barge used for place gold mining. The 15000-ton cargo barge was ice-bound after having grounded in shallow water west of Nome Harbor.

Response teams from Resolve Marine Alaska were dispatched to the site to develop and execute a rescue plan for the 205-foot barge. When work began in April, temperatures were hovering around freezing and only reached to around 50 degrees F by May. Resolve's teams executed thawing operations to free the icebound barge as they developed plans to move the barge onto the beach and lift the vessel to conduct comprehensive casualty surveys. 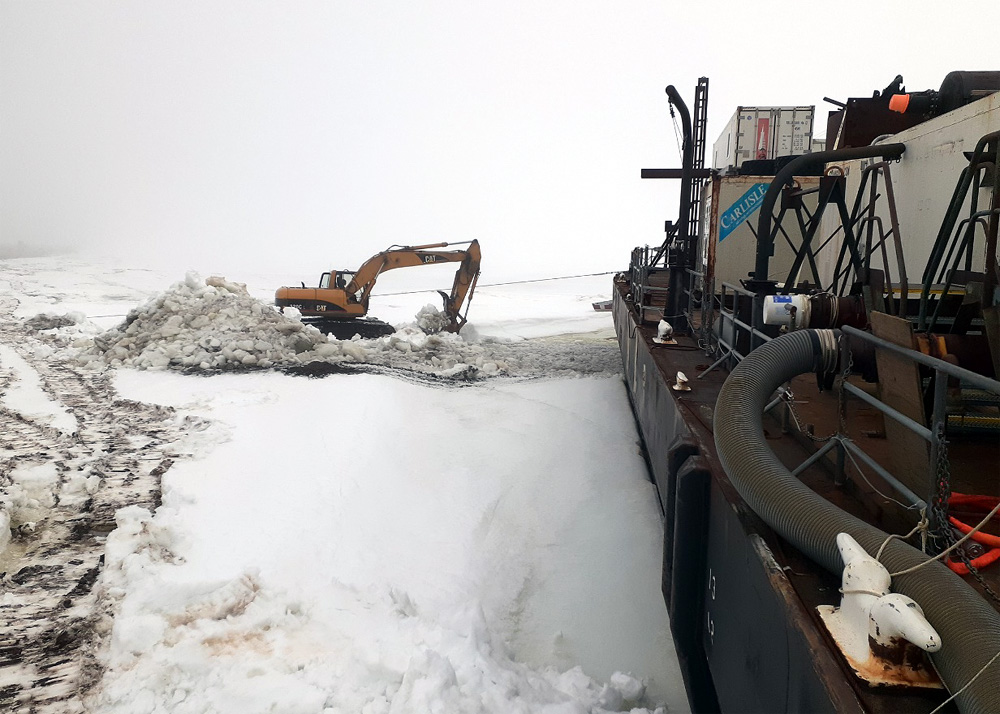 To prepare for the rescue operation and begin the ice thawing operation, pumps, hoses, rigging, and spill packages were transported from Resolve’s Dutch Harbor facility to the site. Due to the vessel’s proximity to the shoreline and the heavy ice conditions, the response teams utilized a combination of air and land routes to transport the heavy-duty equipment that was required to free and reposition the casualty.

Welding and marine services teams prepared the cargo barge for movement, including secure dead men anchors, while response teams on the beach had to burst through the frost layer to grade the sandy shoreline for hauling and anchor operations. Using barges and bulldozers, the barge was repositioned enabling teams to pull and stabilize the vessel on the beach. 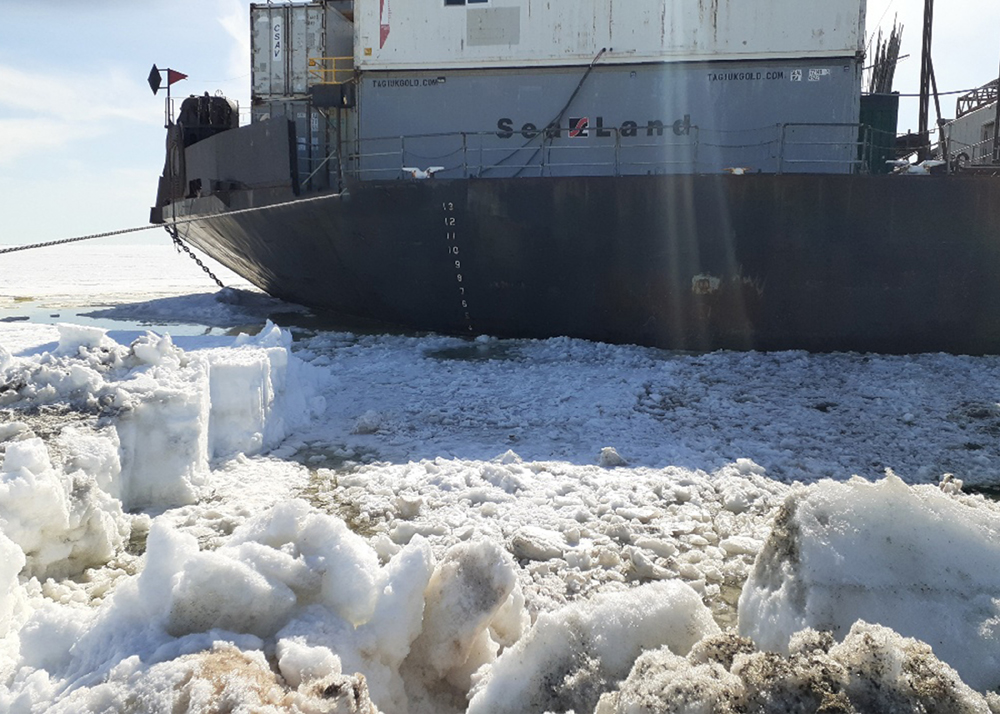 At the time the operation began, the vessel was drawing five feet of water aft and four feet forward. Even with 1.5-meter roller bags under the hauled vessel, teams could only create a 24-inch clearance from the keel. They needed more height to properly place stands under the barge. Additional equipment and crew were secured to elevate the barge with enough clearance for stands fabricated on-site to be placed securing the vessel for repair surveys.

The team spent over two months working to successfully executed the response operation resulting in the vessel’s stabilized and elevated in preparation for recovery operations. 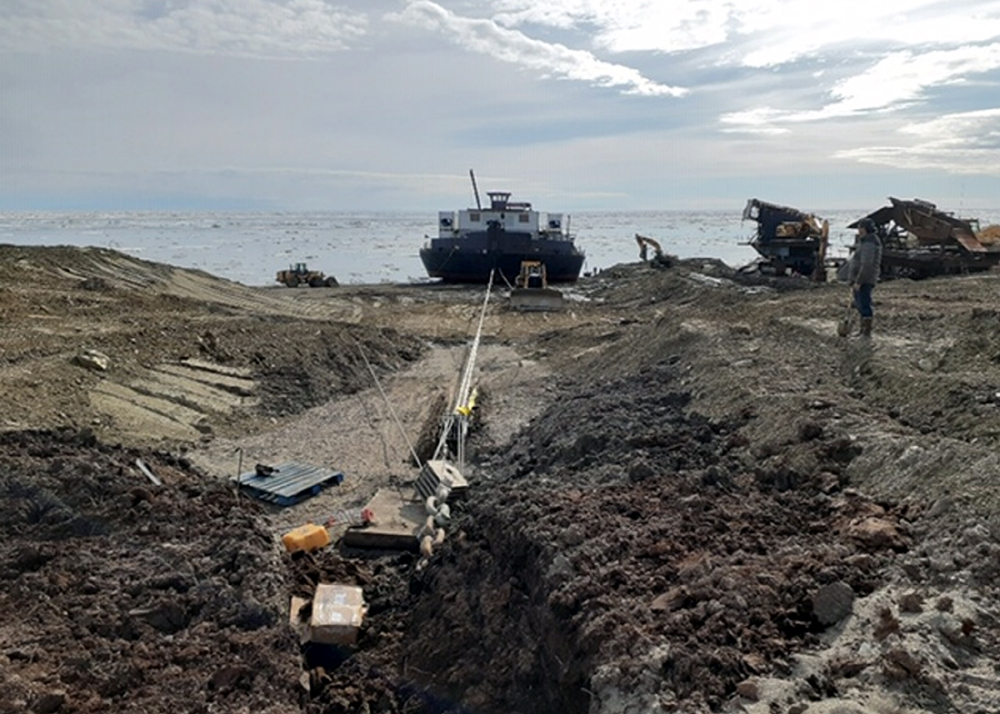