On Monday, the U.S. Coast Guard reported another heavy fuel oil release on the Mississippi River near New Orleans. The spill is the second HFO discharge upstream of the city's main tourist district in two weeks.

In the early hours of Monday morning, Coast Guard Sector New Orleans received a report of an HFO release from the MR2 tanker Iver Exporter at the Shell refinery terminal in Norco, Louisiana. The discharge source was reportedly secured after 2,600 gallons were released into the river. No injuries were reported.

OMI Environmental Solutions, an oil spill response organization, is working to mitigate the effects of the spill. The Coast Guard is conducting overflights to monitor the spill and assess the impact.

“We are working with our federal, state and local partners and the responsible party to oversee the clean up of the discharged fuel to reduce the impacts on the environment,” said Petty Officer 1st Class Jim Langford, the on-scene coordinator at Coast Guard Sector New Orleans.

The Coast Guard did not specify the reported source of the spill, and the cause of the incident remains under investigation.

Local media sources report that St. Charles Parish temporarily secured its water intakes on the river. The parish's Department of Public Works has since reopened the intakes, and no impact on the public water system has been reported.

The Netherlands-flagged Iver Exporter is a 45,000 dwt product tanker built in 2000. Her Equasis record shows three MARPOL deficiencies since 2016, all related to garbage.

On Sunday, the Coast Guard reported that the unified command for the Pac Antares HFO spill is continuing its cleanup efforts. The river section targeted for cleaning streches from Nashville Wharf at river mile 100 to Belle Chasse at river mile 77, an area that includes the shoreline at the New Orleans Convention Center, the French Quarter and Chalmette National Cemetary, among other destinations. 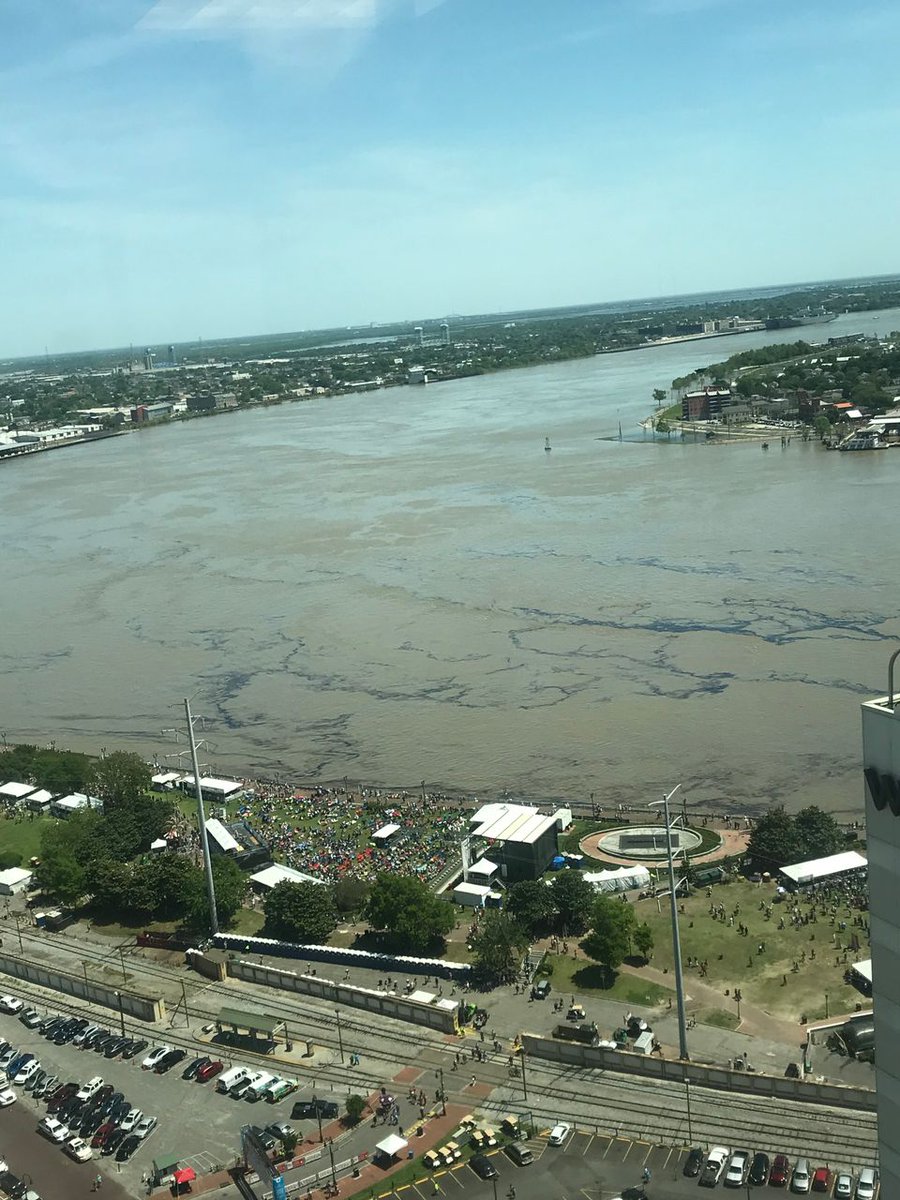 HFO from the Pac Antares floats past the French Quarter, April 12 (Sierra Club)