China to Build Four of the World’s Largest Containerships

China State Shipbuilding Corporation (CSSC) has received an order to build four of the world’s largest containerships. The four ships, which will each have a capacity of 24,000 TEU, will rival the recent announcements from Hapag-Lloyd and ONE Network Express, each of which last week also announced orders for ultra large containerships.

The announcement said the four containerships had been ordered by the Chinese financing company Bank of Communications Financial Leasing Co., Ltd. as the first step in a strategic cooperation agreement signed between China Shipbuilding Corporation and Bank of Communications Co., on December 18. Details of the operations of the four ships were not included in the announcement, but the shipping industry believes the ships are being built for MSC Shipping. 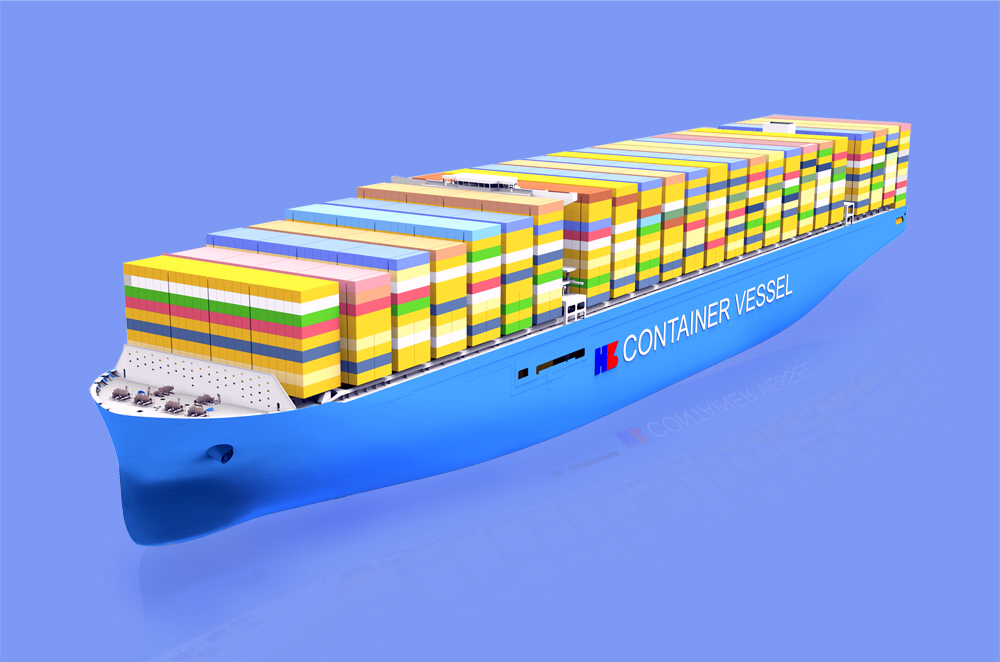 Basic rendering included with the announcement from Hudong Zhonghua Shipbuilding

In addition to a capacity of 24,100 TEU, Hudong Zhonghua said that the ships would have the largest deadweight tonnage and employ the latest technologies for efficiency, safety, and environmentally friendly operations. The hull design will include a “unique small bulbous bow,” and the ships will be fitted with a “large diameter propeller,” the shipyard said to make them both fast and lower energy consumption. They also said that the ships would be equipped with a “hybrid scrubber desulfurization device.”

No timeline for the construction or delivery date was included in the announcement of the contract.

The details of the new order are similar to the containership project Hudong Zhonghua recently started with the Evergreen Group. Construction started on the first 24,000 TEU containership ordered by Evergreen on November 27, 2020.

Less than a week ago, Hapag-Lloyd signed an order for six ultra large container vessels that will have a capacity of more than 23,500 TEU. Hapag’s vessels are to be built by Daewoo Shipbuilding & Marine Engineering in South Korea due for delivery between April and December 2023.

The following day, Ocean Network Express announced it had signed a Letter of Intent for six ultra large containerships each with a capacity greater than 24,000 TEU. They will be built by a consortium between Imabari Shipbuilding Co. and Japan Marine United Corporation and are expected to be delivered in 2023 and 2024.