China released additional details in its efforts to develop a domestic cruise industry. Designs were previewed for a smaller, more luxurious cruise ship while CSSC announced additional details for its new joint venture with Carnival Corporation. A banking syndicate is also laying the groundwork for the expansion of China’s entry into the global cruise market.

China has been moving aggressively to develop its domestic capabilities with shipbuilder CSSC forming a joint venture with Carnival Corporation for a new brand which they announced today will be named Adora Cruises when it launches in 2023. CSSC also established a relationship with Fincantieri which is counseling them during the construction of China’s first large domestically-built cruise ship.

These efforts continue while China is yet to resume most cruises after the pandemic. None of the international cruise lines have been permitted to resume sailing while China’s larger domestic cruise ships are also awaiting a relaxation of the zero COVID policy.

Construction on the first large cruise ship however is well underway with CSSC reporting it will be delivered by the end of 2023. The ship is an adaption of a Carnival corporate design also used by its Carnival Cruise Line and Costa Cruises brands. The ship will be 135,000 gross tons and 1,060 feet in length with 2,125 passenger cabins. 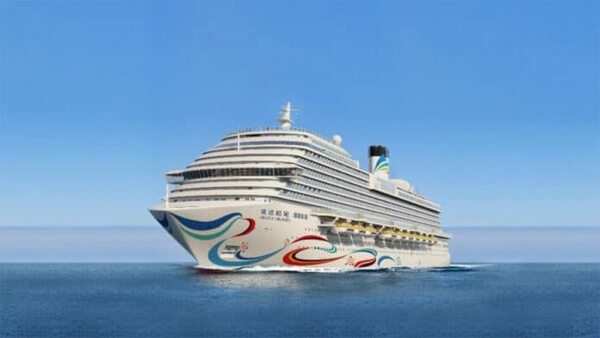 A second, larger cruise ship is also under construction with a design adapted by the Chinese. Construction began earlier this year on the vessel which will be 142,000 gross tons. This cruise ship will be 1,119 feet long with 2,144 cabins.

No specific details were announced on its planned cruises but the new company reports it will launch a "Maritime Silk Road" boutique long-term route as part of an offering of both short and long cruises for both domestic and international travel. The cruise ship will also call at countries that are part of China’s “Belt and Road” approach to the region.

Building on its Chinese heritage, Adora says it will combine international vision to create a cruise experience that better meets the needs of Chinese guests through the cross-border integration of multiple cultural and tourism elements. The company says it will provide “higher-quality on-board experience and special shore sightseeing products to meet the diverse needs of different passengers.” 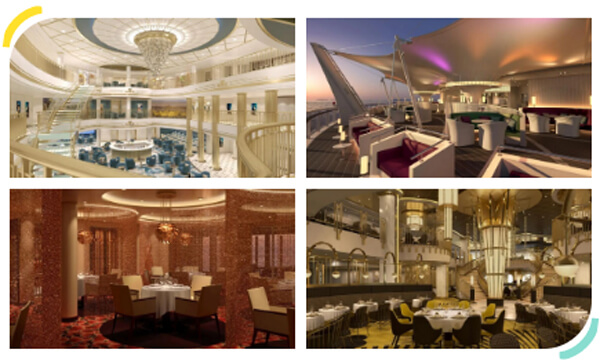 CSSC also detailed plans for the continued expansion of its cruise operations. In December 2021, they received design approval from the Italian classification society RINA for a larger 150,000 gross ton cruise ship, which was the first design independently developed in China. Today they unveiled another design for an 80,000 gross ton cruise ship independently developed and designed by CSSC Cruise Technology Development Co., a subsidiary of China State Shipbuilding Corporation.

This latest design, according to CSSC is positioned as a high-end cruise ship, with an overall length of 963 feet. CSSC says that the comfort level is significantly improved by greatly increasing the passenger space ratio, passenger-crew ratio, and public area per passenger for this design. The balcony room ratio of this type of ship they said would exceed exceeds 69 percent and it uses measures such as optimizing the wind field and hydrodynamic performance of the superstructure and installing energy-saving devices, to reduce the resistance and enhance energy efficiency. The China Classification Society (CCS) has issued an Approval in Principle (AiP) for the design.

CSSC Finance Co. and CSSC Carnival Cruise Co. in cooperation with the Bank of China, Industrial and Commercial Bank of China, Agricultural Bank of China, China Construction Bank, China Bank of Communications, and others signed a memorandum of cooperation designed to provide for the financing of the future growth of China’s cruise industry. According to the memorandum, it is planned to organize the first long-term syndicated loan for cruise financing in China, with a total loan of about $1.4 billion, which will be used for the construction of two large domestic cruise ships and the development of China's local cruise fleet.