The new Coast Guard cutter Oliver Berry recently completed a 10-day patrol of the U.S. EEZ off Hawaii, conducting six boardings off U.S.-flagged longliners and issuing eight citations. The enforcement patrol followed in the wake of the grounding of the U.S.-flagged longliner Pacific Paradise off Waikiki, which required a challenging two-month salvage operation.

The enforcement effort is part of the Coast Guard's mission to preserve an important natural resource – the highly migratory tuna population – that is essential to not just the United States, but also to many Pacific nations. The Berry’s boarding teams also ensured crews were in compliance with SOLAS requirements. 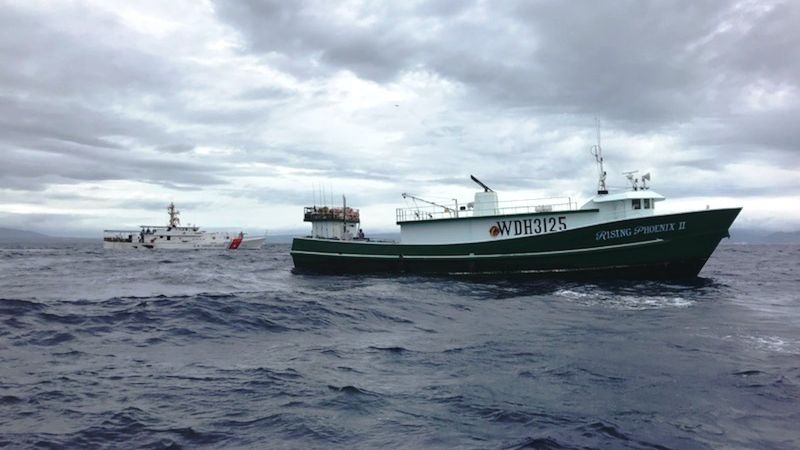 After an investigation, the vessel was cited for the alleged manning violation (also known as a “paper captain”) and the evidence was forwarded to the Coast Guard Hearing Office for review and possible legal action. The penalty for operating with a paper captain once their documentation has been voided is a civil fine of up to $15,000 per day.

The Pacific Paradise grounding drew public attention due to its highly visible location, but it also gained scrutiny because the master was the only American national on board: the other 19 individuals on the Paradise hailed from Kiribati, Indonesia, the Philippines and Vietnam.

This would not necessarily be unusual for a Hawaiian commercial fishing vessel. Some operators in Hawaii's commercial fleet employ foreign workers at wages of as little as 70 cents per hour, according to a 2016 investigation by the Associated Press – legally, thanks to a loophole in the law.

Hawaii state representative Kaniela Ing said that 15 of the men aboard the Paradise did not have registered fishing licenses. “The issue isn’t whether or not there’s evidence that they’re being trafficked, it’s that there’s no evidence to the contrary,” Ing told the Morning Journal. “There’s nothing saying these folks are here legally and aren’t being exploited because there’s no record.”