Carnival Expects Three-Quarters of Capacity to Resume Sailing in 2021

Sixteen months after the cruise industry paused operations, the largest cruise corporation, Carnival Corporation, now reports that it hopes to have as much as three-quarters of fleet capacity in operation by the end of 2021. Five of the company’s brands are currently sailing, with it expected to expand to eight brands in the coming days and weeks. Operations in Asia and Australia however remain suspended with no target dates to resume sailing.

Carnival Corporation resumed operations with two of its European brands, Costa Cruises followed by Aida, but recently as restrictions relaxed has moved aggressively to restart additional operations. The historic Carnival Cruise Line brand recently resumed U.S. operations with cruises from Galveston and Miami, plus is scheduled to start cruises from Seattle in the coming days. Holland America Line and Princess Cruises are also due to restart their first ships sailing to Alaska in the coming days, while P&O has begun U.K. cruises and Seabourn Cruise Line is sailing in the Caribbean and Mediterranean. Both Costa and Aida also returned additional cruise ships to service.

Among the company’s other brands, Cunard Line delayed its restart until August after crew aboard its ship the Queen Elizabeth tested positive for COVID-19. Geographically, Asia and Australia remain the regions where operations continue to be suspended. China, which had been one of the fastest-growing markets for the cruise industry, remains closed for the international cruise lines. In addition, in Australia where Carnival plans to rebuild operations after selling ships from P&O Australia, no date has been set for cruises to resume. 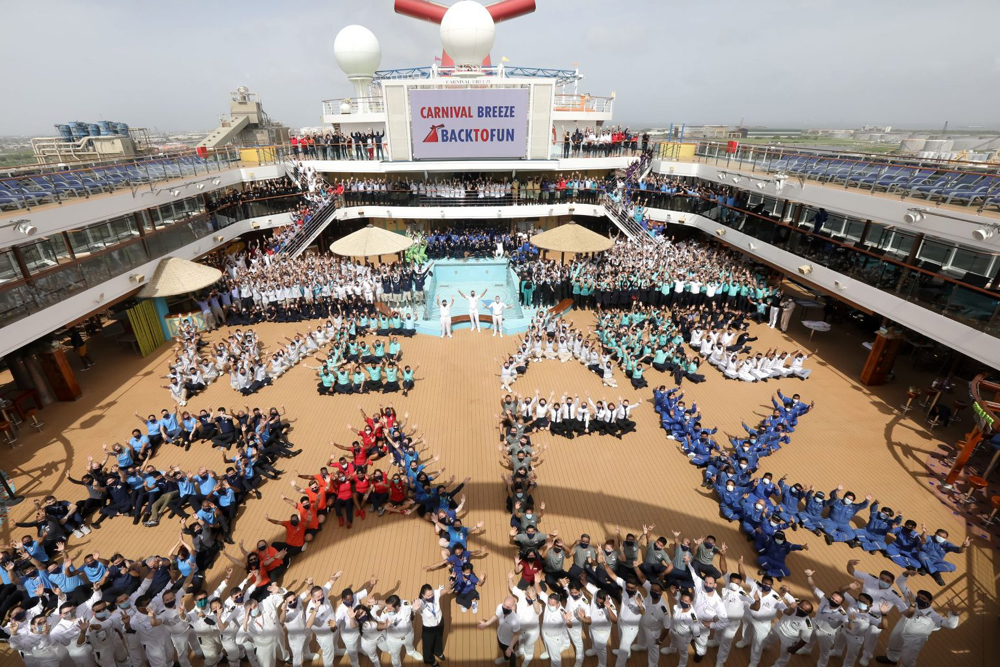 "With strong ongoing demand for cruising, we look forward to serving our guests with additional ships announced across eight of our brands and nearly three-quarters of our fleet capacity returning by the end of this year, marking an important milestone for our company and all those who rely on the strong economic impacts generated by the global cruise industry," said Roger Frizzell, chief communications officer for Carnival Corporation.

During the next phase of the company’s phased restart of cruise operations, they expect to expand operations from U.S. homeports. Carnival Cruise Line has announced plans to bring nine additional cruise ships back into service. Those ships would bring the corporation’s total to 63 cruise ships and approximately 75 percent of the total fleet capacity.

In addition to the current cruise programs, including sailings in the U.S., Caribbean, Europe, and Mediterranean, Carnival’s brands have announced plans to resume cruises in Central America, the Persian Gulf, and to Antarctica.

Carnival Corporation currently has a total of 14 new cruise ships on order due for delivery by 2025. Four of those ships are scheduled for delivery during the second half of 2021 adding nearly 14,000 berths to the cruise operations.