Two Royal Canadian Navy ships are being readied to mobilize as part of the nation's COVID-19 response.

Rear-Admiral Craig Baines, Commander of Maritime Atlantic Forces, is mobilizing sailors from HMCS Ville de Quebec and HMCS Moncton as well as the crew of a maritime helicopter detachment, first checking they are clear of COVID-19 symptoms.

The Department of National Defence confirmed on Monday that the crews are being isolated in a hotel for 14 days as a precaution against the illness breaking out on the vessels.

Defence Minister Harjit Sajjan said that up to 24,000 defense force personnel will be readied as part of  Operation LASER, the official name for the Canadian Armed Forces’ worldwide pandemic response. Sajjan said support would focus on northern and Arctic communities that have limited health and logistics capabilities. The Navy ships will be used to respond to coastal communities that need assistance, he said.

COVID-19 cases in Canada on March 30 (Source: Government of Canada) 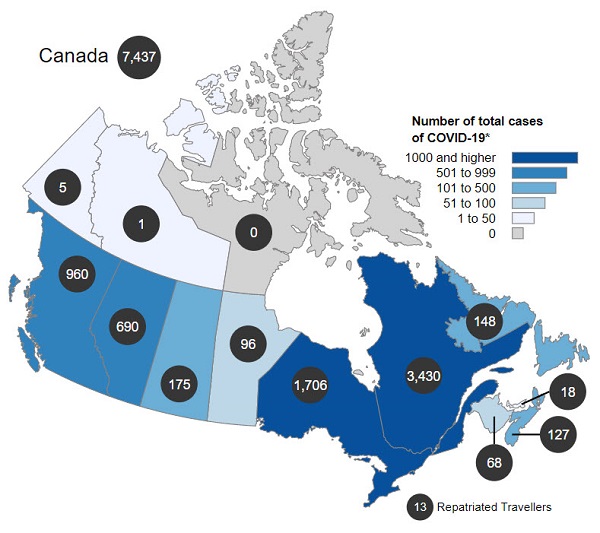