With an abundance of refining, petchem and LNG investments on the horizon, high-and-heavy project cargoes are a growing opportunity for tug and barge operators on the U.S. Gulf Coast and the inland waterways system. The Maritime Executive spoke recently with Steve Cheredaryk, sales director for leading barge fleet operator McDonough Marine Service, about the challenges and rewards of moving the biggest cargoes in the business.

- What can McDonough Marine do for project cargo customers?

We are one of the largest privately owned deck barge companies in the U.S., and the project cargo market segment is a very important piece of our puzzle. There are a lot of companies that have the capability to do a regional one-off move, but with our fleet size and locations, we have the ability to support an entire project, from the construction of their docks to the delivery of the modules and cargo.

- Are your customers looking to charter a barge, or something more?

There are clients who want to manage the barge themselves and may have the relationships and the knowledge to put a project together on their own, but typically they're coming to us for the barge transportation package. We own two of our own inland project cargo-outfitted push boats, and we have the relationships with other tug operators to set up the tow and put the logistics together for a complete delivery.

- What does your typical project cargo mix look like?

The last few years have been relatively flat, but new capital projects have been driven by refinery and LNG terminal construction and upgrades, which have provided a lot of long-term work. There are more of these projects on the horizon, and the Gulf Coast is going to be really hot for the next three years or so.

The offshore oil and gas segment is consistent, but a bit quieter, and today decommissioning work is the driver. The installation and heavy project cargo portion of the offshore market has diminished considerably over the past five to six years, in line with the broader downturn in the offshore oil & gas sector.

- How does the contracting work for large EPC projects?

Recently it seems as though the EPC principals have moved toward a total project management scope in order to manage cost, and therefore they're handling a lot more of the logistics in-house. It appears that the general strategy is to manage the marine portion of a project in multiple phases - for example core modules, pipe rack modules, then breakbulk - where deliveries for a specific phase could be one shipment or multiple shipments over several months. Depending upon the size of the project, the breakbulk portion can be a very large part of the scope, but the contracting and bidding is a bit less predictable and usually conducted by multiple parties in the project. Overall, the EPC management has allowed McDonough Marine the potential to get more closely involved, which gives us the opportunity to better forecast future demand in order to develop our utilization schedules across all of our market.

- What is the most challenging project that you've dealt with over the past year?

It is difficult to say that one project was more challenging than another, because cargoes are getting bigger and heavier, and each one presents its own unique challenges. We don't take any facet for granted - every load has its own idiosyncrasies. You've got to be aware of the specifics of the final project location, the intermediate operational locations and the transit routes. Our company has a great logistics department that looks at all of the possible variables - clearances, water levels, tides, etc. - in order to plan and bid the project accurately up front and mitigate any potential issues during the move. 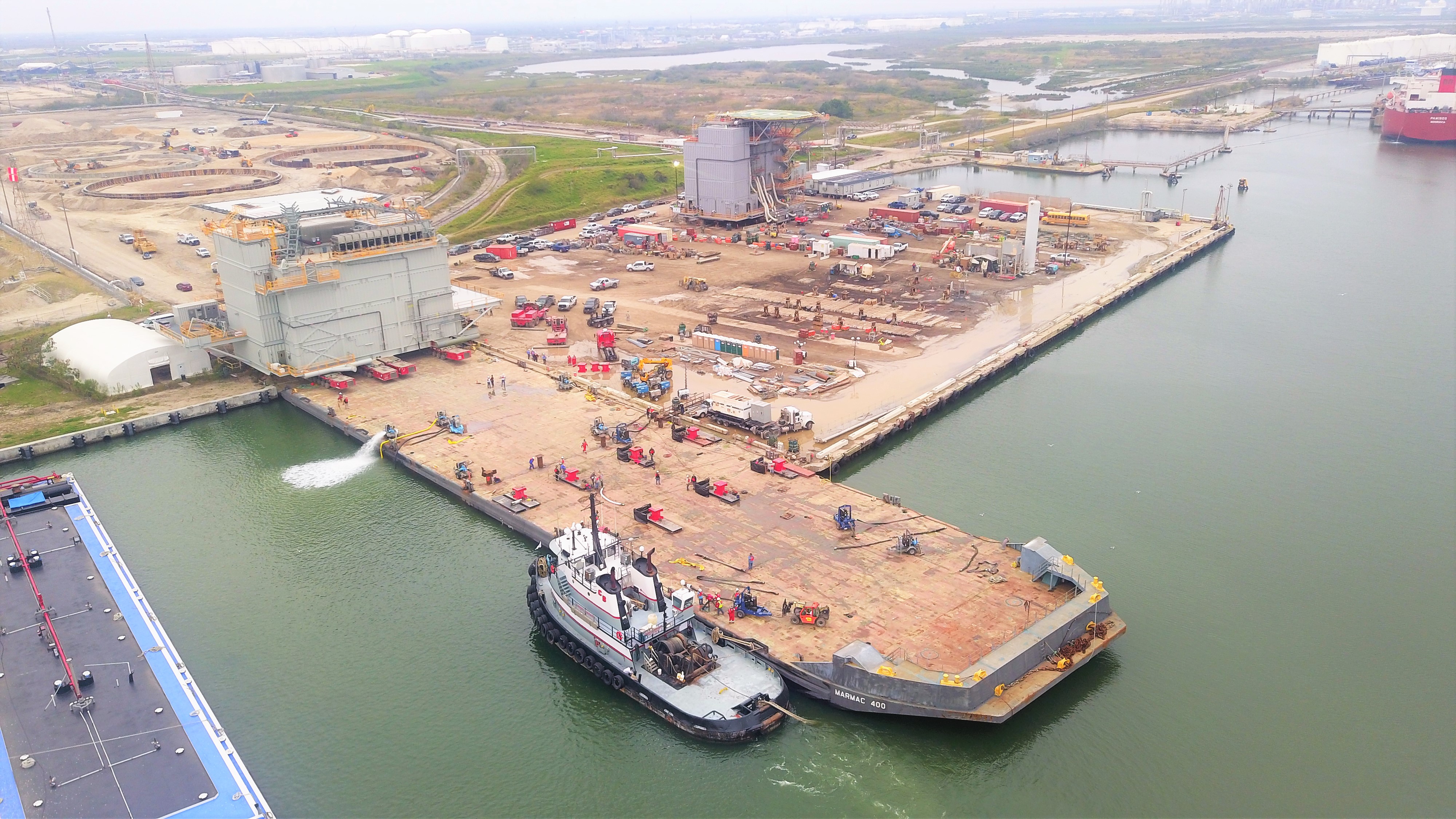 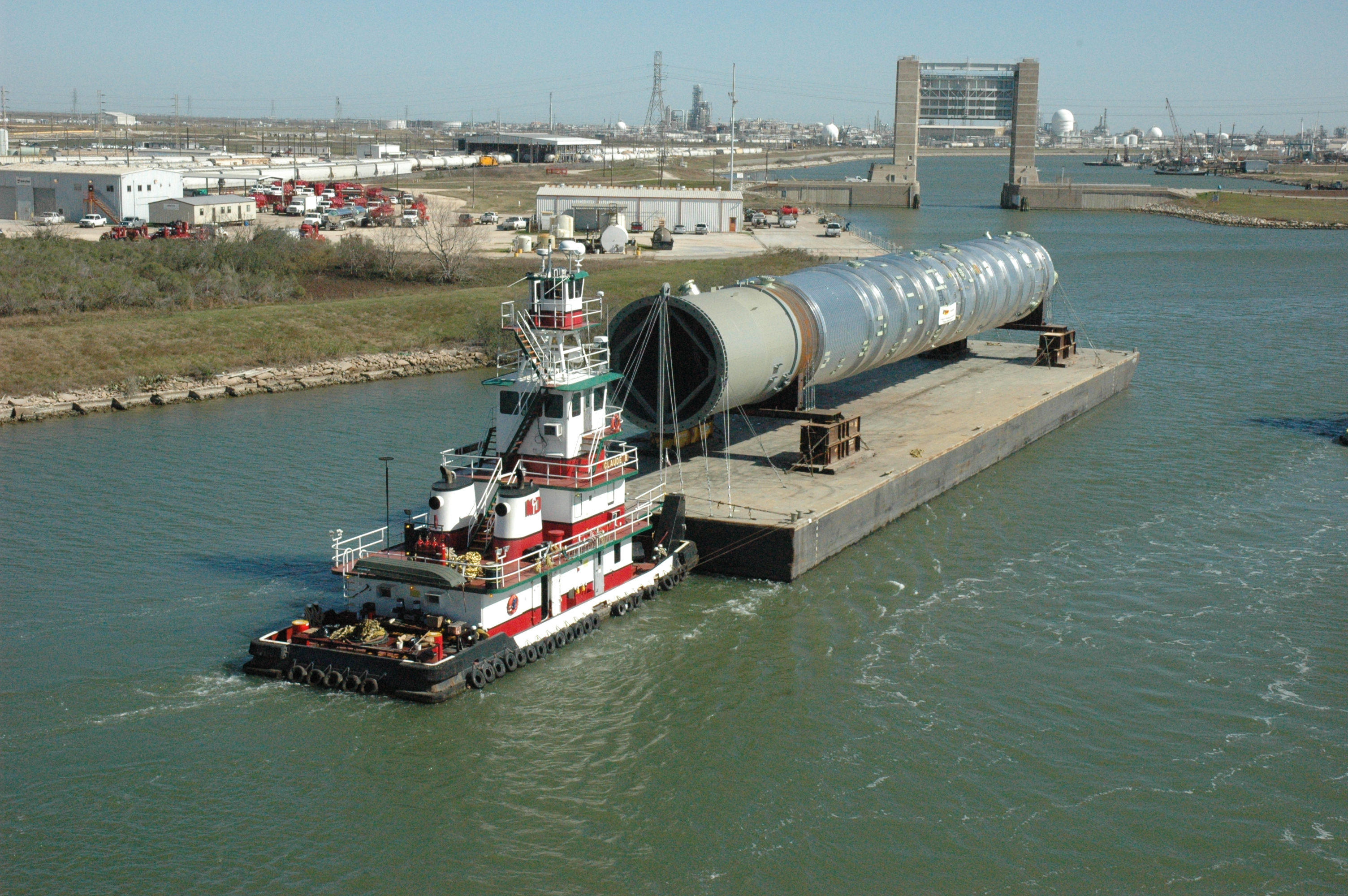 - Have the Mississippi's high water levels affected your inland operations?

Yes - there's a lot of cargo that has been delivered into the ports of New Orleans and Houston which requires delivery at river facilities between New Orleans and Baton Rouge. High water means that it isn't possible to discharge the cargo. They can't go over the levees, so the equipment is being stored on barges. This ties up a lot of chartered equipment, which can be a good problem. However, this has also made it difficult to address scheduled work or book future work because we don't know when some of these barges are going to be free.

This means that we've had to have some very tough conversations with customers about equipment availability - we've been in the business for almost 75 years, and we've learned to be very conservative in our approach. We don't want to put ourselves in a position where we can't perform, which would reflect negatively on our company and on our client's reputation. Our sales team and our logistics team have done a very good job of getting out in front and having proactive conversations about water level restrictions.

It is certainly affecting business going forward as well. Because of the high water situations that we've experienced this year and the last couple of years, several mega-projects along the Mississippi are having to develop cargo storage contingency plans, either for storing cargo in New Orleans or Houston or barging it to a storage location. This adds an expense that they are having to take into consideration.

- Are you seeing trade tensions with China or with other nations affecting your project cargo business?

The timeline for large capital projects is very long, so the current project cargo work was likely already financed and contracted prior to the tariffs. The projects that have not already purchased materials have been affected and it seems to be forcing owners to take a closer look at their investment decision, which is pushing projects further to the right. On our side of the equation, the tariff program has had an impact on fabrication cost for our new equipment. We've had to adjust our perspective, and we hope that it gets addressed soon. But we've got to operate under the premise that this is the new normal.

We are cautiously optimistic. There are a lot of projects on the horizon for next three to five years out, which is extremely encouraging, but all that could put a lot of pressure on the system if multiple mega-projects were to kick off at the same time. There is the potential to have an availability issue with tugs due to Subchapter M implementation. This may reduce towing equipment availability.

- We've talked a lot about project cargo - what about your other business lines?

The construction market is actually the largest portion of our business - spud barges, material barges, and deck barges for civil construction jobs. It's not as high-profile and may not get the publicity of a large project cargo move, but civil construction is very important for us and we're proud to be a major supplier for it.    - MarEx