Australian authorities boarded the container ship APL England in the Port of Brisbane anchorage following an incident in heavy seas where the Singapore-flagged vessel briefly lost propulsion and rolled violently causing approximately 40 containers to fall into the ocean southeast of Sydney, Australia.

Surveyors from the Australian Maritime Safety Authority (AMSA) conducted a seaworthiness inspection to check the structural and operational conditions of the ship. With containers protruding over the side of the vessel and other container stacks collapsed on deck, the inspectors were looking at the integrity of the load to determine if and how the APL England might be brought safely into port.

“We expect to have the outcome of today’s seaworthiness inspection and confirmation of the next steps by tomorrow morning,” said AMSA General Manager of Operations Allan Schwartz. “Once the ship is safely in port, we will begin our investigation, which will focus on the safety of the ship, including whether cargo was appropriately stacked and secured onboard the ship, and any potential breaches of environmental pollution regulations.” 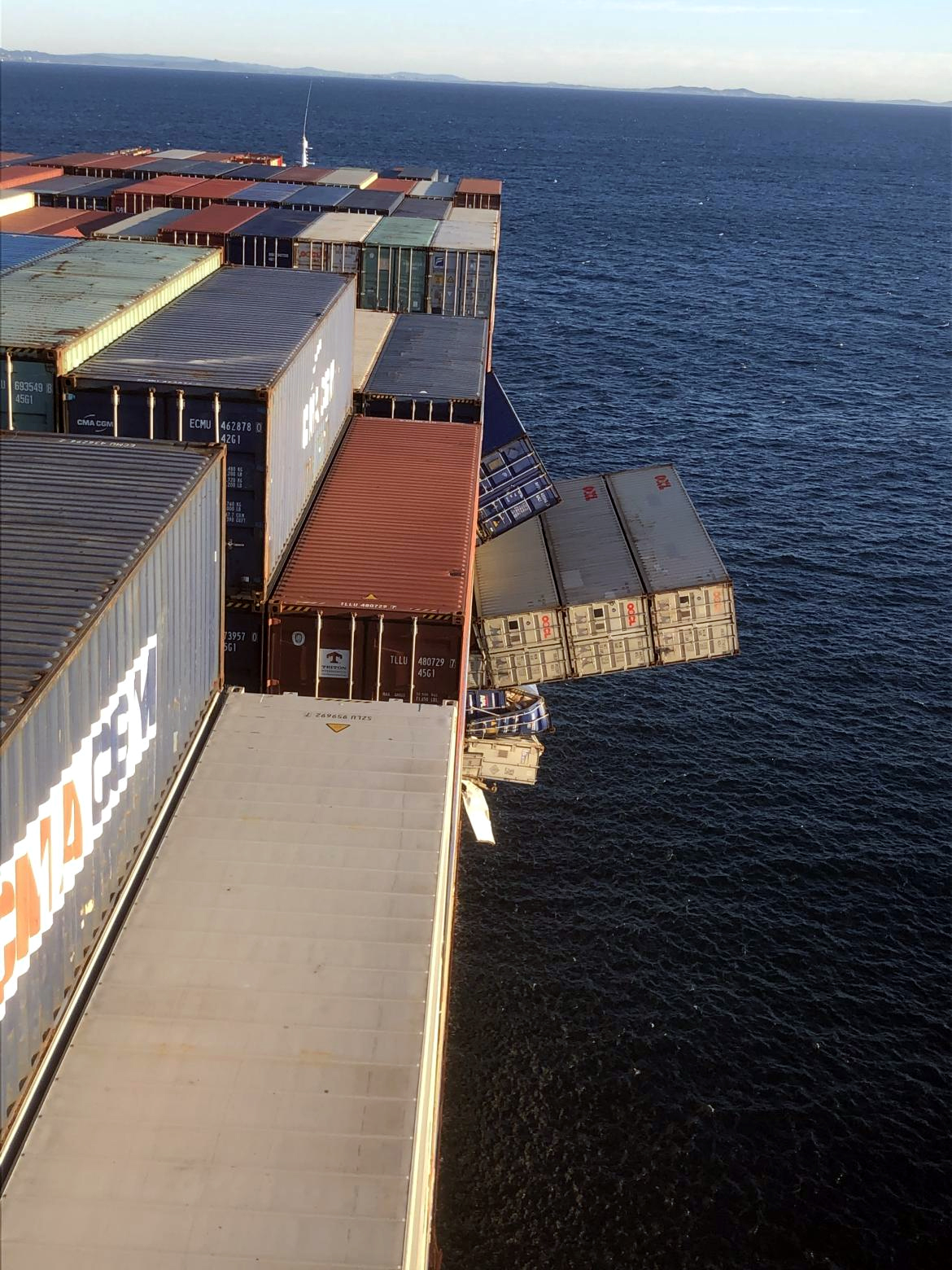 AMSA is also working with the ship and its cargo agents to determine which containers had fallen overboard as well as the contents of those containers. The initial survey indicated that the containers held a range of items such as household appliances, building materials, furniture, car parts, and medical supplies. AMSA believes that no dangerous goods were in the areas affected by the collapse.

Local Australia media, however, is already reporting that various items have begun to wash up on the beaches. Pictures showed packages of surgical masks, critical in the current coronavirus health crisis, washing up on the beaches in central New South Wales.

AMSA confirmed that these reports were consistent with its modeling that forecasted that the debris would wash in that direction. They also warned mariners and residents that debris would likely continue to wash-up on the beaches in the coming days. The New South Wales Government has lead responsibility for the shoreline clean-up which AMSA will also support.

After power was restored on the APL England, she initially sailed north before diverting to the Brisbane anchorage. She was heading to Melbourne, Australia from Ningbo, China at the time of the accident. Built in 2001, the vessel has a total carry capacity of 5510 TEU. 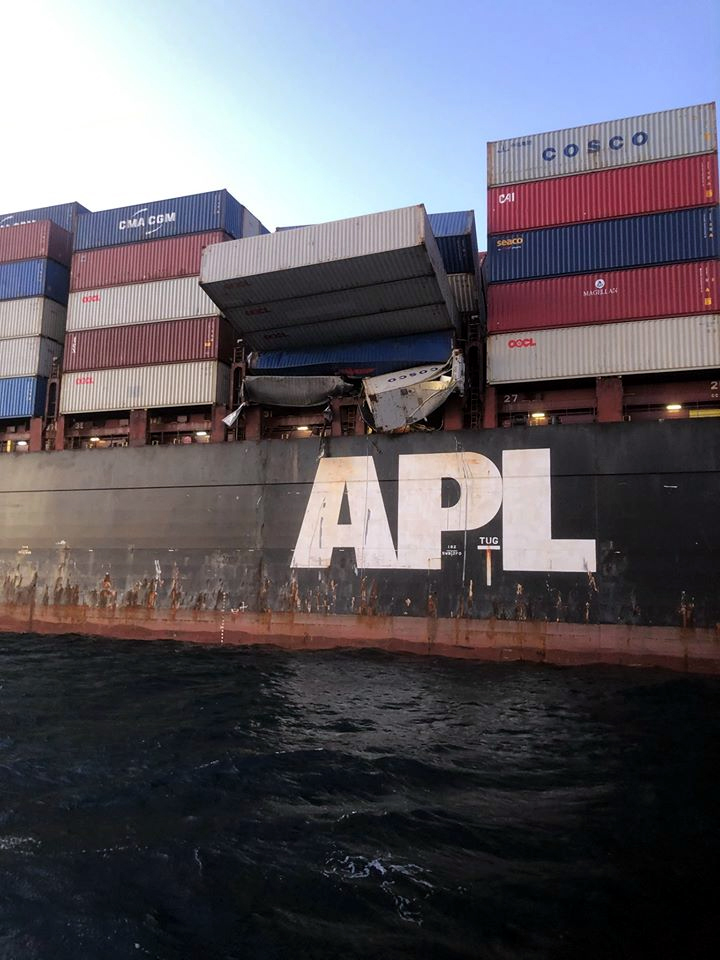 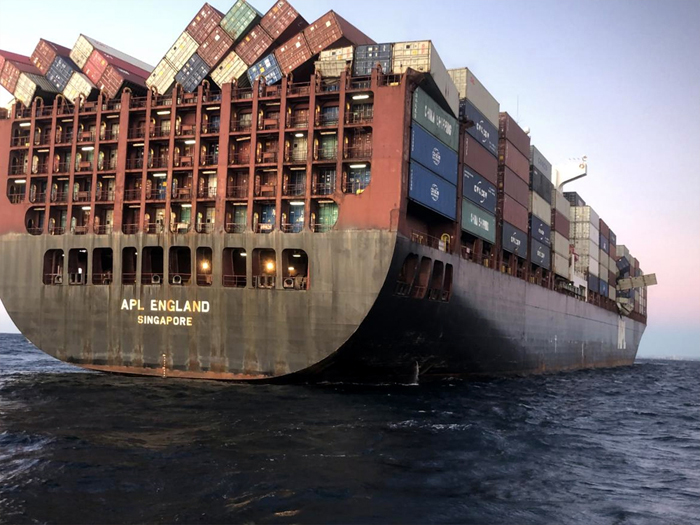