Australian authorities are continuing their enforcement efforts relate to the incident last month when the APL England lost approximately 50 containers overboard. The Australian Maritime Safety Authority issued a direction ordering the owner of APL England to search for missing containers that were lost from their vessel off the New South Wales coast.

As part of its latest order, AMSA expects the owner and operator to respond to the direction with a detailed search plan.

“The owner’s and operator’s responsibility to clean-up the mess left behind by their ship does not end at the water’s edge,” said Mark Morrow, AMSA’s General Manager Response. “Failure to comply with this direction constitutes an offense under Australian law.”

To date, 15 containers had been recovered from the shoreline or towed to shore after being spotted floating off the coast. AMSA and New South Wales Maritime that is managing the clean up on shore report that 35 containers were still missing.

AMSA has identified a priority search area of about 1000km2 stretching between the Illawarra and Sydney’s southern suburbs. Drift modeling and analysis of container sightings following the incident indicates that missing containers could be in this area at a depth of up to 200m. Containers within the search area pose the most immediate environmental threat and may present a safety hazard for commercial fishers, according to AMSA. 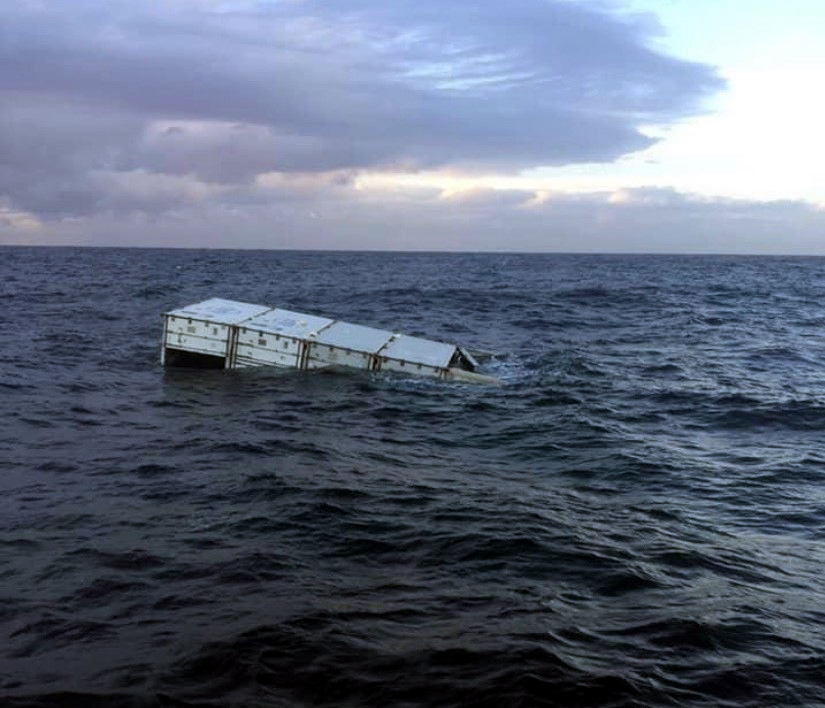 Earlier in the month, legal charges were brought against the master of the APL England for discharging of garbage into the sea, and not ensuring that the vessel did not pollute and preventing damage to the marine environment. These charges carry maximum penalties over A$300,000.

At a hearing in front of the Brisbane Magistrates Court, bail was arranged for the captain and he was permitted to return to his home in Malaysia and resume work. The captain however was ordered to return to Australia for the next hearing into the incident which is currently scheduled for July 27.

The APL England remains in the port of Brisbane where the vessel arrived on May 27. After having found deficiencies that they believed contributed to the accident, AMSA ordered the vessel detained saying that it would not be released until its serious deficiencies have been rectified.

The cargo load on the APL England was damaged during a high seas incident on May 24 that resulted in the brief loss of power on the ship and containers falling overboard. A review of the manifests determined that 50 containers fell overboard while an additional 72 containers were damaged but remained aboard the APL England. The damaged cargo was later removed in the Port of Brisbane.