The bulk carrier Edmund Fitzgerald sank on the evening of November 10, 1975, during a particularly rough storm on Lake Superior. There were no survivors amongst the ship’s 29 crew and no witnesses to the shipwreck.

For 17 years, the Edmund Fitzgerald carried taconite iron ore from mines near Duluth, Minnesota, to iron works in Detroit, Toledo and other Great Lakes ports. Carrying a full cargo of ore pellets with Captain Ernest M. McSorley in command, she embarked on her last voyage from Superior, Wisconsin, near Duluth, on the afternoon of November 9, 1975. By the next day, the ship was caught in a severe storm on Lake Superior, with near hurricane-force winds and waves up to 35 feet (11 meters) high.

That evening, the Edmund Fitzgerald suddenly sank in Canadian (Ontario) waters 530 feet (160 meters) deep, about 17 miles (15 nautical miles; 27 kilometers) from Whitefish Bay, a distance the vessel could have covered in just over an hour at her top speed.

Although the Edmund Fitzgerald had reported being in difficulty earlier, no distress signals were sent before she sank. McSorley's last message as, "We are holding our own."

However, McSorely said it was "one of the worst seas I've ever been in." The 63-year-old captain was sailing blind as both of the Edmund Fitzgerald's radars were out, the Whitefish Point light and radio beacon were down and the ship had no depth-sounding technology in 1975.

Contributing to the accident was the lack of transverse weathertight bulkheads in the cargo hold and the reduction of freeboard authorized by the 1969, 1971, and 1973 amendments to the Great Lakes Load Line Regulations.

When McSorley first reported topside damage to the vessel on November 10, he stated he had a fence rail down, had lost two vents, and had "both" pumps going. Flooding was occurring in one or more ballast tanks and the tunnel. Due to the severe sea conditions, water was also entering the vessel’s cargo hold through non-weathertight hatch covers.

The hatch cover failure would have been severe enough to allow rapid massive flooding of the cargo hold. Since there were no watertight bulkheads within the cargo hold, the flooding water would have progressed throughout the hold within minutes, causing the vessel to sink bow first to the bottom of the lake.

Upon impact with the bottom, the midship portion disintegrated and the stern section rolled over, coming to rest upside down.

The Edmund Fitzgerald was considered the largest and fastest Great Lakes ship. It set multiple records for the largest season-hauls and was the first lake freighter built to the maximum St. Lawrence Seaway size. It had a capacity of 26,000 tons.

The Edmund Fitzgerald was a conventional "straightdecker." It was 729 feet long, 75 feet in breadth, 39 feet in depth, 13,632 gross tons, and 8,686 net tons. It was propelled by a 7,500-hp, steam turbine and was built as Hull 301 at Great Lakes Engineering Works, River Rouge, Michigan, in 1958. The vessel was owned by Northeastern Mutual Life Insurance Company and operated by the Columbia Transportation Division of the Oglebay Norton Company.

The vessel had an 860,950-cubic-foot cargo hold divided by two non-watertight transverse "screen" bulkheads. Outboard and below the cargo hold were eight ballast tanks divided at the centerline into port and starboard tanks.

There were 21 cargo hatch openings. Each opening measured 11 feet longitudinally and 48 feet transversely and had a 24-inch coaming above the weather deck. Each opening was made weathertight by a single-piece steel hatch cover. The hatch covers were made of 5/16-inch stiffened plate with a 9/16-inch rubber gasket around the underside of the plate’s perimeter.

The wreckage of the vessel consists of an upright bow section, an inverted stern section, and debris from a missing 200-foot midship portion. There was extensive damage to the forward deckhouse and there were several holes in the bow shell plating. The No. 1 hatch cover was entirely inside the No. 1 hatch and showed indications of buckling from external loading. Sections of the coaming in way of the No. 1 hatch were fractured and buckled inward. Other hatch covers were missing and coamings fractured or distorted. 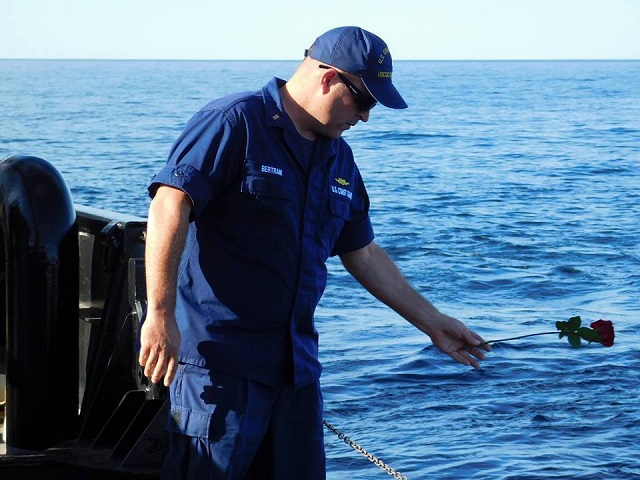 The crew aboard the U.S. Coast Guard Hollyhock visited the site of the wreck of the SS Edmund Fitzgerald, tossing 29 roses into the water - one for each mariner lost in the sinking during a storm on Nov. 10, 1975. (Photo courtesy of the U.S. Coast Guard) 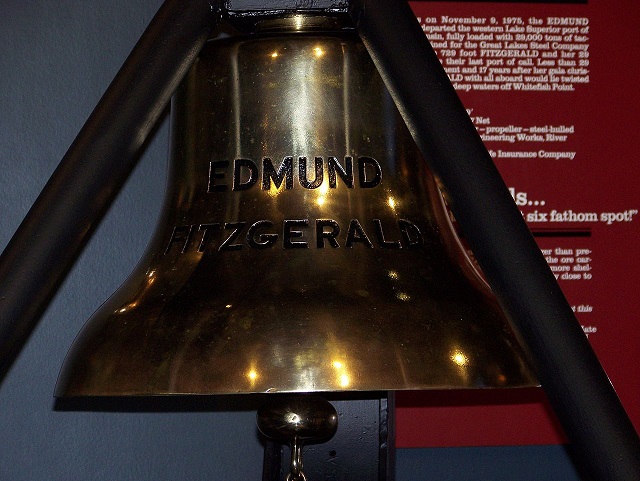 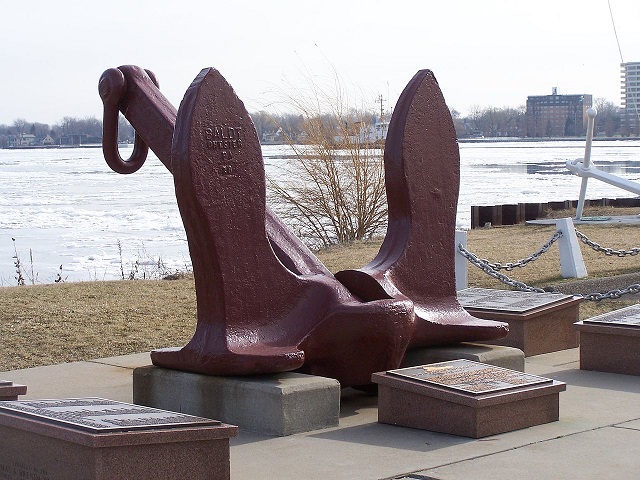 A cruise ship’s interior is one of its defining features, and it represents an opportunity for the owner to create an identity for the vessel that expresses its brand values, whether they are centered on luxury, gastronomy, family, a spirit of adventure, sustainability or some combination thereof. It has therefore been no surprise to see the cruise ships that have been specifically designed for Asian tastes differing considerably from counterparts aimed at European and American clientele. Bars, spas and deck...