At the Posidonia conference on Tuesday, Wilhelmsen Ships Service announced a partnership with Airbus to test shore-to-ship drone delivery services at the Port of Singapore.

The new service - called Agency by Air - will test a concept that has been explored by others (including Maersk Tankers) but has not yet been deployed on a large scale. "When we announced last year that we were pursuing drone delivery, we were greeted with a fair amount of skepticism, but our collaboration with Airbus shows we really do mean business," said Marius Johansen, VP commercial, ships agency at Wilhelmsen Ships Service (WSS). "We organize the delivery of essential spares, medical supplies and cash to master via launch boat day in and day out all over the world. However, delivery by drone is much more cost effective, quicker, and frankly safer for all involved." According to Johansen, airborne drone delivery could be fully 90 percent less expensive than delivery by launch boats. 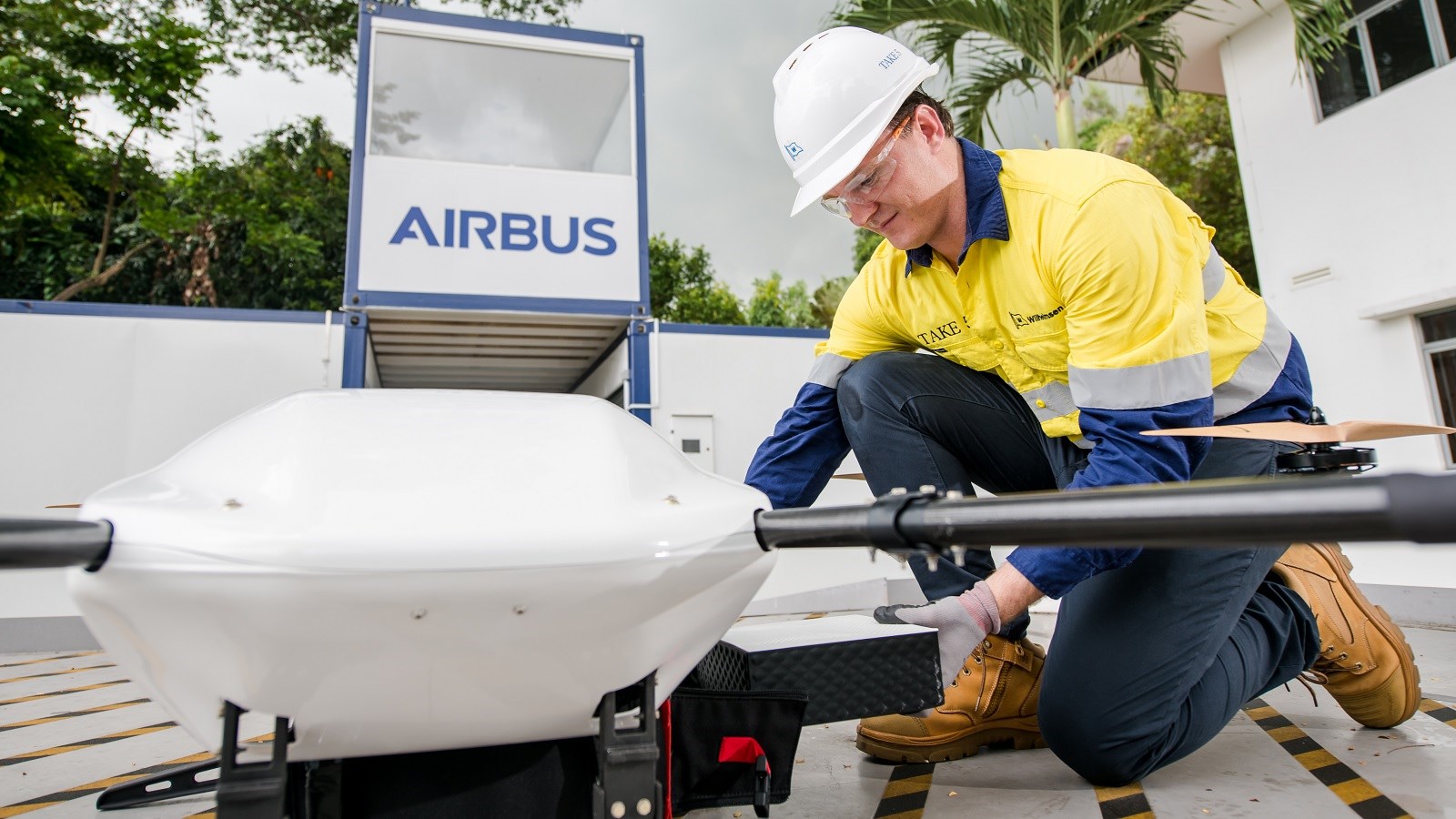 Airbus, WSS, Singapore's Maritime Port Authority and the Civil Aviation Authority of Singapore have been involved in planning the test for some time. As a first step, they intend to conduct a two-week trial with deliveries to ships anchored up to 1.5 nm offshore in Singapore's eastern anchorage. The team is planning to set up two control and delivery station pierside, including a location at Marina South.

A drone designed to deliver

The Airbus Skyways octocopter is specifically designed for parcel delivery in dense urban centers, and it made its maiden flight at the National University of Singapore earlier this year. Airbus Helicopters began the Skyways project with the Civil Aviation Authority of Singapore in 2016, with Singapore Post (SingPost) as the local logistics partner. “Safe and reliable urban air delivery is a reality not too distant into the future, and Airbus is certainly excited to be a forerunner in this endeavor," said Airbus Helicopters chief technical officer Alain Flourens at the time of the flight.

Airbus envisions two pilot test cases for Skyways - a ships' agency anchorage delivery service (with WSS) and the delivery of parcels at the University of Singapore. On campus, the drone will autonomously navigate between designated delivery stations to transport small packages for students and faculty members (infographic below). 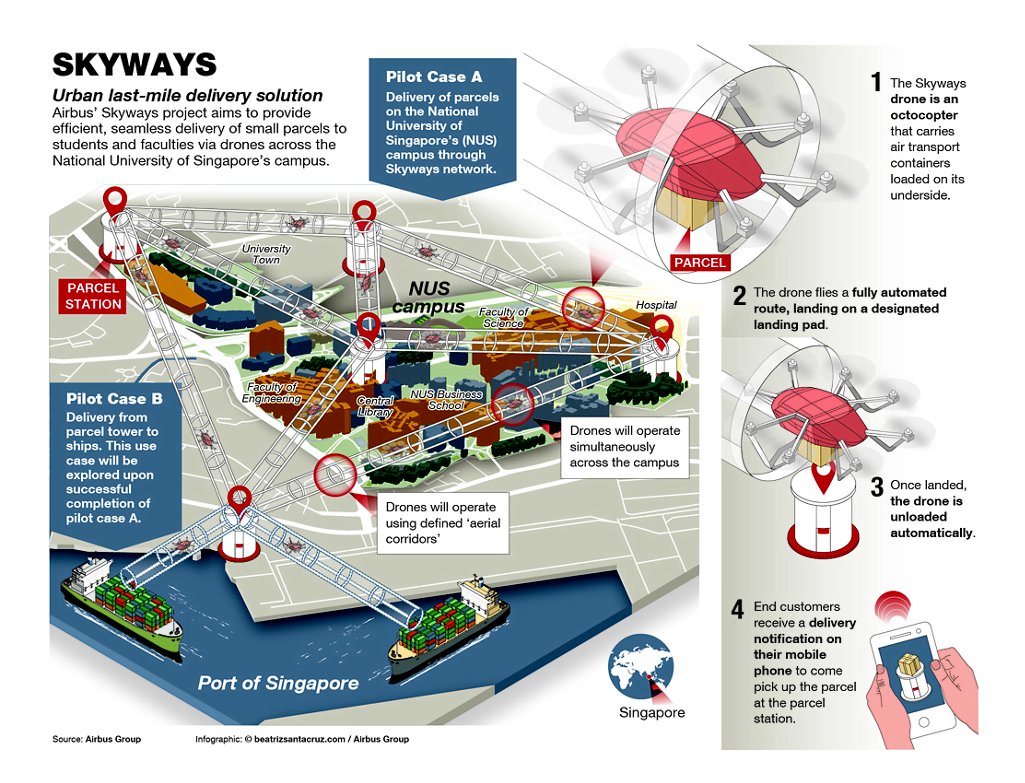