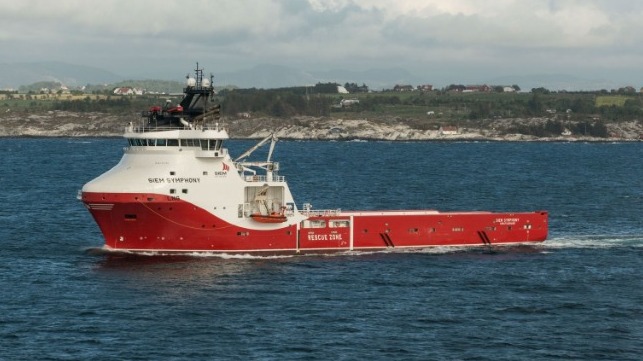 The shipping industry may change with the times, but corrosion and hull fouling are immutable.

Coating technology has come a long way since the days when lead-based paint was used above the waterline and tributyl tin below it, but steel hulls still need to be coated and recoated on a regular basis. It’s as essential as ever to the bottom line – and to keeping the ship off the bottom!

Antifouling is essential to profitable trading, and shipowners have been working on improvements since antiquity. After roughly two thousand years of less-than-satisfactory experiments with lead plates, tars and waxes, the maritime community hit upon a revolutionary concept: copper sheathing, developed by the Royal Navy in the 1700s. Solid copper sheets were expensive but very effective at deterring shipworms and fouling, especially in severe tropical conditions.

Copper had one shortcoming: It caused galvanic corrosion of iron fittings like bolts and rudder posts. When copper sheathing was applied to ironclad hulls in the mid-1800s, this became a disastrous problem, and copper quickly lost market share to a new class of biocidal coatings containing heavy metals.

These were the ancestors of modern antifouling paints, and they required a lot of upkeep. The U.S. Navy assessed that the shellac-based products of the World War I era worked well for about nine months between applications. Interestingly enough, some of the manufacturers of those early coatings are still in business, though with much-improved product lines.

Since fouling increases a ship’s fuel bill and its CO2 emissions, shipowners and coatings manufacturers have a strong incentive to find new and better ways to solve this age-old problem. The latest include some novel options: AkzoNobel is working on an LED panel system that would sanitize its own surface with UV light, and its International Paint brand has developed a bottom coating based on a slippery wax derived from sheep’s wool, the source of lanolin.

Nippon Paint Marine recently launched another novel alternative: Its new Aquaterras is a self-polishing copolymer. But rather than copper biocide, it contains a non-stick technology originally developed for artificial hearts and blood vessels. Medical device researchers have worked hard at developing adhesion-resistant polymers because, if proteins or cells build up within an implant, dangerous blood clots often follow.

This specialized chemistry keeps blood cells from sticking, and the same principle happens to be good at keeping barnacles from sticking too, according to Nippon Paint. By creating "micro-domains" of adjacent water-attracting and water-repelling surfaces, the polymer makes it hard for marine life to latch on.

In partnership with ClassNK and Imabari Shipbuilding, Nippon Paint conducted several multiyear tests on merchant bulkers with Aquaterras. The results showed excellent protection against fouling. In practical terms, this translates to claimed fuel savings in the range of 10 percent (relative to conventional SPC coatings) without releasing any biocides into the marine environment.

Chugoku Marine Paints (CMP) also markets a novel antifoulant that’s making waves. Its Seaflo Neo CF Premium is a self-polishing zinc acrylate polymer infused with Selektope, a new class of "biocide" that repels without killing. Selektope activates barnacle larvae's swimming behavior, preventing them from making a home on the surface of the hull. CMP describes the coating's performance in static conditions as "spectacular" and guarantees it will keep fouling off for at least 45 days of idle time.

Recoating is an inevitable part of a coating’s lifecycle, below the waterline or above, and good surface preparation is the foundation of a good paint job. Surface prep can be a time-consuming project for deck crews and shipyard workers. But if they have the right equipment, quality and speed go up dramatically.

For removing barnacles, muck, rust and loose paint, pressure washing is a great option. A pressure washer may not strip steel to 100 percent bare metal in one pass, but it removes almost everything else and only needs water and power to operate.

Mark Williams, National Sales & Product Manager for Water Cannon, says his firm is seeing a lot of demand from maritime users. Large shipyards use 5,000-7,000 PSI, skid-mounted units as part of the surface preparation process for hull coatings, and marinas and boatyards put smaller-scale equipment to use on yachts and workboats.

It's also handy to have a pressure washer on board for patch coating. "We have 3,200 PSI machines that are popular in the U.S. Navy, and they haul them all over to wash down decks, bulkheads and railings before painting," says Williams. "They're diesel-powered units, and the Navy prefers diesel to gasoline because of the lower flammability.”

Shipyards and offshore platforms usually opt for blasting for large jobs, and dry blasting (grit blasting) is popular for its speed and the angular surface profile it leaves behind. However, it creates a lot of dust, which has to be contained by temporary enclosures. Setting up and taking down plastic sheeting takes time, and the dust may still pose a health hazard for workers, especially if using silica-based blasting media.

As an alternative, some operators choose wet blasting, which involves mixing the grit with a water stream. This generates less dust and requires less effort to contain but consumes a large amount of blasting media. U.S.-manufacturer Graco has found a third way: vapor blasting, which gives great dust suppression while reducing the amount of media required.

"Compared with dry blasting, our vapor blaster can suppress the dust by up to 92 percent," says Wade Hannon, Western Canada Area Manager. The reduction in media consumption is considerable, too. In one typical scenario, the vapor blaster might use about 400 pounds of blast media per hour while a dry blasting system might use 1,400-2,200 pounds per hour.

In the offshore market, this is particularly valuable because the blast media has to go out to the platform on an OSV and the waste has to come back to shore for disposal. Every pound saved means less cost. "We've got a lot less material to transport out to the rigs for service work, which is a huge savings," says Hannon.

The wet droplets of waste from the process fall to the deck relatively quickly, meaning less intrusion on other everyday work. Tradesmen can go about their business as little as 25-30 feet away from the blasting. Heavy wind is the only obstacle to manage to keep the mess under control. "If you have a wind tarp, you'll be able to control the dust and debris without setting up containment," says Hannon.

The water vapor also means there is no explosion hazard, so the blasting doesn't have to interfere with rig operations. Dry blasters create a potentially hazardous static charge, but the vapor blaster does not. To prove it, the Graco system has ATEX Zone 1 certification, and Ex certification is expected soon.

When deck coatings show signs of corrosion and degradation, the crew usually makes repairs under way or alongside the pier. On small vessels, needle scalers, chipping hammers and angle grinders are usually the only tools available, and the work is done on hands and knees – not the most ergonomically friendly task.

But for large flat areas there's a better option: the deck crawler, a power-driven flail that rips off peeling paint and rust. Walk-behind units make quick work of broad expanses of deck, removing non-skid, scale and rust at rates of up to 300-400 square feet per hour. Hand units get the smaller areas that the walk-behind can't reach.

Norwegian manufacturer Rustibus has been building its line of deck crawlers since the 1970s. Some of the first units it ever sold are still in service today. The design hasn't changed much over the years. The large walk-behind model has a seven-horsepower power plant (electric, pneumatic, gas or diesel) spinning a large chain flail.

Unlike some competing designs, it doesn’t damage the steel substrate by hacking or pitting it, according to Manager Kristian Dalseide, and it’s exceptionally easy to use. "It's as simple as cutting the grass," says Dalseide. "Any ‘regular Joe’ – or even irregular ones – can use our machines with little more than basic PPE and a power source."

All else being equal, why use a crawler instead of other methods? Even when blasting is feasible, crawlers have some advantages, Dalseide adds. A deck crawler is cost-effective, easy to operate, doesn’t need specialized PPE or training, doesn't consume hundreds of pounds of blast media and still delivers a substrate with a good profile for modern paint systems. With an attachable vacuum unit, it offers better dust control than dry blasting and keeps the waste on board.

It may also be safer than other alternatives. Used carelessly, a blasting rig can take off a limb, but that has yet to happen with a deck crawler, according to Dalseide: "Rustibus may be one of the safest and most environmentally friendly options out there for onboard at-sea maintenance on ships.”

After years of struggling with oversupply and weak demand, companies in the OSV market are now being further challenged by the economic downturn from the global pandemic.  Siem Offshore, which operates a fleet of 35 vessels serving the oil and gas industry, announced that it has entered into a standstill agreement with its secured lenders in Europe and Norway to defer payments until April 30, 2021, as a first step toward improving cash flow and liquidity to maintain operations. In February,...