UK Shipbuilding Strategy to be Discussed at SMI Annual Conference

Maritime businesses and professionals from across the UK and the world are being invited to hear the Government and industry’s latest thinking on the future of the UK’s shipbuilding strategy at this year’s Society of Maritime Industries (SMI) annual conference, due to be held virtually on March 16 and 17.

The conference will hear from ministers, officials and leading industry figures, and will detail how Government, business and academia have joined forces in the form of the Maritime Enterprise Working Group (MEWG) to help drive forward the recommendations of the 2016 Parker review. The review by Sir John Parker, the veteran industrialist, led to the Government’s national shipbuilding strategy, an industrial policy launched in 2017 aimed at recalibrating skills, capacity and competitiveness at British shipyards.

SMI CEO Tom Chant said the event, titled ‘Building the future of the UK’s shipbuilding enterprise’, will give maritime companies the opportunity to understand where Government policy is heading after the Prime Minister Boris Johnson pledged to ‘bring shipbuilding home’.

“This is a hugely significant moment for British shipbuilding and the supply chain,” he said. “The conference is a must attend event for any business or professional keen to seize opportunities in the reinvigorated British shipbuilding and marine engineering sector. We will hear how the strategy is evolving following a rich picture exercise undertaken by the MEWG, engaging stakeholders across the enterprise to create a shared vision. We will examine the pipeline of work from all key programmes, which offer significant opportunities to UK industry over the next 15 years. Importantly, we will hear how the thinking behind the strategy has grown in scope to include not only naval ships but also all ships built for the UK Government. This includes commercial vessels such as ferries and research ships as well as workboats and amphibious craft.” 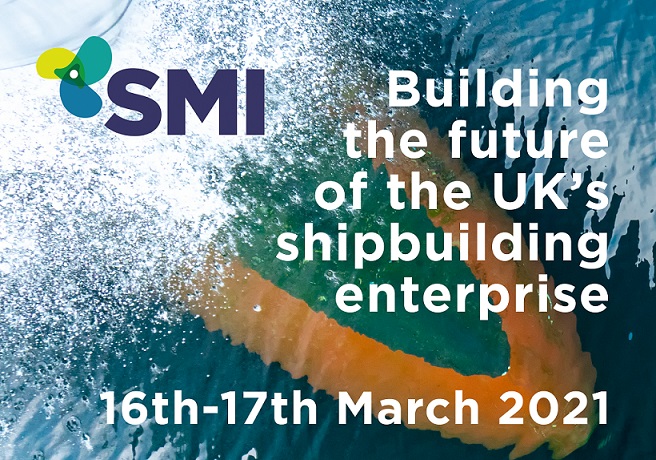 Robert Courts MP, the Minister for Maritime will examine the impact of digitisation, decarbonisation and autonomy while BEIS will look at the global offshore wind market whose capacity is expected to skyrocket to more than 234GW by 2030 from 29.1 GW in 2019. Graham Stuart MP, the Minister for Exports, will speak about reinforcing British export success and help for SMEs.

Chant said the event will reinforce just how ‘fundamental’ maritime is to the UK economy offering substantial export and growth opportunities for British firms post Brexit.

“As an island nation we depend on the sea,” he said. ”The sector in the UK is growing and was worth £46billion in GVA in 2017, up by £8.3billion from 2010. Meanwhile, jobs are also up by 24,000 since 2010 to more than 220,000. We must build on our strengths in engineering and innovation through measures like the shipbuilding strategy, and boost our skills, businesses and infrastructure and catch the exports tradewind. The global maritime industry is expected to double in size from being worth $1500billion in 2010 to $3000billion by 2030. That is the breathtaking scale of the opportunity.”

Chant said the conference will host a permanent portal for businesses to access digital content generated for the event, as well as the recent work of the Maritime Enterprise Working Group. It will further provide a forum for discussion and engagement on the National Shipbuilding Strategy. He said the platform will enable companies to highlight their role and offer in the shipbuilding industry as well as input into the National Shipbuilding Strategy.

For complete details on the program and to register to participate, please visit https://smievent.com/annual-conference/