New Bedford was once the home of Massachusetts’ historic whaling fleet, and it still boasts the largest fishing fleet in the country. It is also a popular New England tourist destination, and visitors pour in each year to sample the local seafood and enjoy the historic waterfront. However, in recent times, the seaside sights along the harbor have been marred by the unwelcomed and distinct color palette of oil sheens on the water.

Since 2016, more than 70 oil sheens were reported in the water between New Bedford and Fairhaven. In most cases, no one has stepped forward to claim responsibility. But the team at U.S. Coast Guard Marine Safety Detachment, New Bedford, is determined to track down those sources and restore the health of the waterfront.

“New Bedford Harbor has a chronic oil spill problem,” said Lt. Lynn Schrayshuen, MSD New Bedford unit supervisor. Schrayshuen said her team patrols New Bedford Harbor regularly looking for oil in high traffic areas. When they discover it, or a local citizen reports it, they will investigate to determine if the amount is recoverable, and collect a sample. 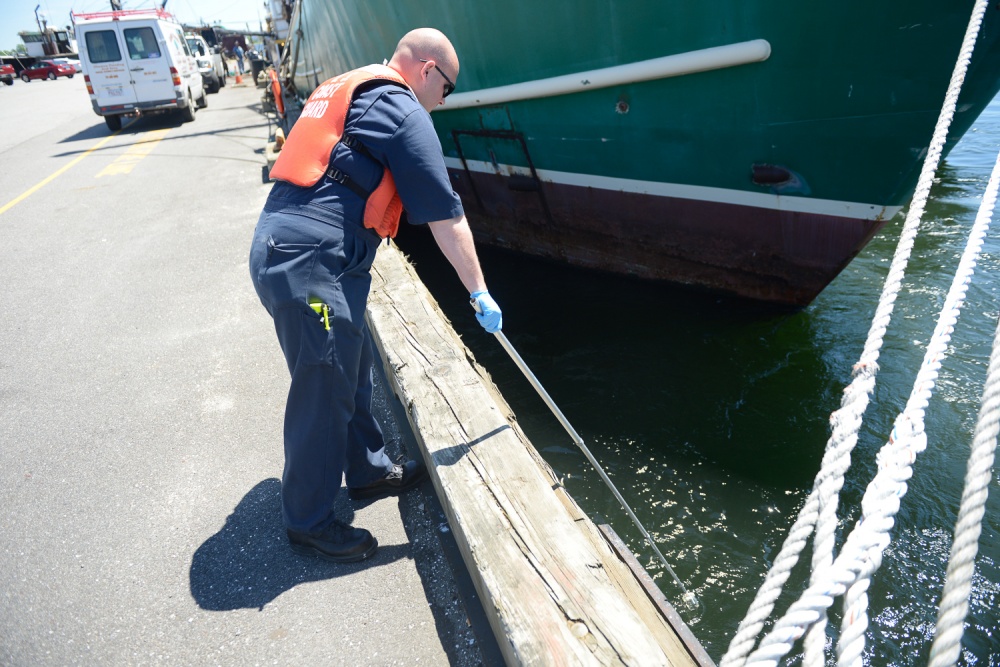 “We suspect some of the sheens are from illegal bilge discharges,” said Petty Officer 1st Class Russell Post, a marine science technician at MSD New Bedford. In the best case scenario, the team collects suspected vessel bilge samples to compare them with samples collected at the spill site to see if they match. The samples are documented and taken to the Coast Guard Marine Safety Lab in New London, Connecticut for testing. There, they are processed and cleaned of organic material until only oil is left. If the oil fingerprint from the sheen matches the fingerprint from a suspected bilge sample, the team can identify a responsible party. 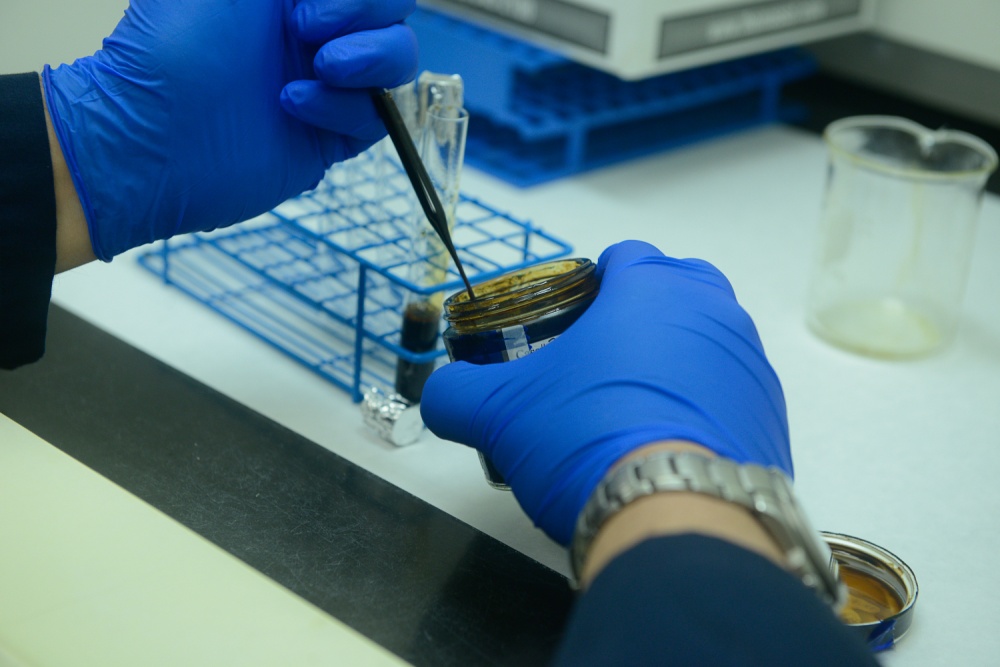 “If a match occurs, there is no disputing the scientific evidence,” said Kristy Juaire, lab manager. “We don’t always find a match.” Juaire said oil fingerprints change due to chemical, physical, or biological elements in the environment. And Russell Post says that there are other challenges. “Sometimes the suspected vessel is out to sea, and we have to wait until they come back to get a bilge samples,” he said.

In addition, vessels often share mooring piers, which makes it hard for the team to know which boat was where and when. When the team pinpoints a responsible party, enforcement actions can include a letter of warning, a notice of violation, or a civil penalty. If the spill is proven intentional or the result of severe negligence, the responsible party may face criminal charges with fines reaching as high as $44,549 per day, per spill.

In 2016, 14 such penalties were issued in MSD New Bedford’s jurisdiction. In 2017, there have been six, with one violator receiving a letter of warning, and another, a $1000 notice of violation.

But federal enforcement requires local support. “We have increased our presence in the harbor to find oil and track down sources,” said Schrayshuen, “but we still rely heavily on the local community.” She said any sheen or spill should be reported to the Coast Guard National Response Center 1-800-424-8802.

“Every report we get is an opportunity to prevent spills and restore the harbor here in New Bedford,” she said.

This article appears courtesy of Coast Guard News and may be found in its original form here.