The Hong Kong-based company 300cubits is launching a new crypto currency (tokens called TEU). The tokens will be used as booking deposits for container shipping where value could be lost if a customer does not turn up with a cargo or a container liner does not load a cargo according to a confirmed booking. 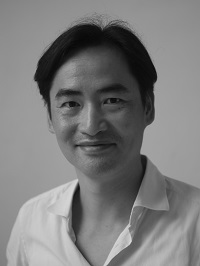 MarEx spoke to 300cubits Co-Founder Johnson Leung to understand the basics of the system.

What are the benefits of TEU tokens over a system involving U.S. dollars?

When using dollars, the action and agreement are not automatically linked. So, we often hear of agreements not being adhered to. For example, volume or capacity commitments are not followed or customers refuse to pay no-show penalties.

TEU tokens and smart contracts are linked. Smart contracts can pick up third party's such as terminals' signals to decide whether a cargo has entered the gate before cut-off or whether the cargo has been loaded as per booking. If a customer books and then does not show up with the booking, his tokens would be lost. If a carrier confirms a booking but does not load the cargo, his tokens would be lost.

Yes. TEU tokens are a crypto currency. The advantage of crypto currencies are that their transactions are done on blockchain and have all of the associated advantages. That is, they are trust free meaning you do not need to rely on trust to do business. Additionally, the process is decentralized/peer-to-peer meaning the functioning of the blockchain is not dependent on one central server. The records as well as the terms in smart contracts will be immutable, and the transactions can be completed fast.

Moreover, the quantity of many crypto coins like bitcoins and our TEU tokens are fixed. We cannot mint more TEU tokens even if the demand for them increases. The current model of money relies on banks and central banks, which run on central servers which are vulnerable to attacks and slow. Moreover, central banks can print more money, which could cause money to devalue.

The tokens will be launched on Ethereum - an open-source, public, blockchain-based platform that runs smart contracts. How does blockchain technology work in the context of your tokens and container shipping?

Ethereum is said to be a system that does not have downtime, censorship, fraud or third party interference. How can that be true?

A central server offers a target to be hacked. In blockchain, there is no single target. Blockchain relies on many many computers, which we call nodes that perform what a single server system's server does. So, when one node is hacked, the other nodes will still be working.

Regarding third party interference, I think regulators will eventually find ways to regulate activities on blockchain, but this should not compromise the advantages this innovation has brought to us. We see regulations as helpful for the development of blockchain applications.

Couldn't the industry just use bitcoins instead of your tokens?

If the industry uses bitcoins, dollars, bank guarantee or insurance etc, there will be a huge cost. Our TEU tokens are issued at little cost, and a sufficiently large portion will be given to the industry for free.

You anticipate replacing U.S. dollars at least partially with TEU tokens. Can you explain how this would work and to what extent you will change finance?

When TEU tokens are being used as booking deposits and to pass value from one hand to another, they are already money in the sense that they perform the storage of value and provide a medium of exchange. Once TEU tokens carry the attributes of money, we envisage that some freight payments may be settled in TEU tokens. Truck drivers and terminal operators may also accept TEU tokens.

Money used in shipping is primarily dollars. So, if TEU tokens are being used as booking deposits, we think they will take some market share from U.S. dollars as settlement currency.

What do insurance companies, banks and other financial institutions think about crypto currencies?

Maersk and IBM have announced a new collaboration to use blockchain technology to help manage the paper trail of the tens of millions of shipping containers across the world by digitizing the supply chain process from end-to-end. Do you see your system as an adjunct, totally separate or competing?

We, in essence, are creating another currency that replaces some of what dollars do today. From what I could read, Maersk and IBM are working for better documentation processing for shipment track/trace and simplification of the documentation system. So, I believe the two initiatives could be very complimentary. Once shipping transactions are settled in TEU tokens, a lot of documentation process will automatically be captured by blockchain.

Will I as a consumer (e.g. buying a book from Amazon) be involved in TEU tokens?

When the whole shipping industry is using TEU tokens like they use dollars today, there will be a well developed infrastructure e.g. forex, bonds etc market for TEU tokens. Then TEU tokens will be just like another currency that is convertible to other currencies, like the conversion of euro to dollars etc. Then consumers too would recognize TEU tokens and may use TEU tokens to send packages. One thing however will not change, is that there will only be 100 million TEU tokens in the world regardless the demand.