The Yamal Peninsula is quickly becoming a key engine of economic growth not only for Western Siberia, but for all of Russia. In this region, rich in the most important natural resources, infrastructure development is booming. Possessing a wealth of experience that gives it an upper hand, Ruslan Baisarov’s SK Most Group of companies continues to play an active role in this development.

The company was trusted with the construction of the Arctic sea port of Sabetta, which will ensure year-round travel along the Northern Sea Route.

Sabetta was given its name by geologists from the Tambeyskoye oil and gas exploration expedition in 1980. It was built under very difficult climatic, geological and hydrological Arctic conditions, which every new generation of geological prospectors has had to face. They had a serious task ahead of them: build port facilities from scratch, starting with infrastructure planning and dredging so that ships could carry the necessary cargo.

Starting in 2012, the preparatory stage of construction took two years. The workers had to adapt to climatic conditions and make maximum use of the few days of the fleeting Arctic summer in which shipping is possible. During this time, a four-kilometer (2.5-mile) technological channel was dug (240 meters (790 feet) wide and with 12.4 meters (41 feet) deep). The first long-awaited barges carrying building materials arrived in Sabetta in October 2013. 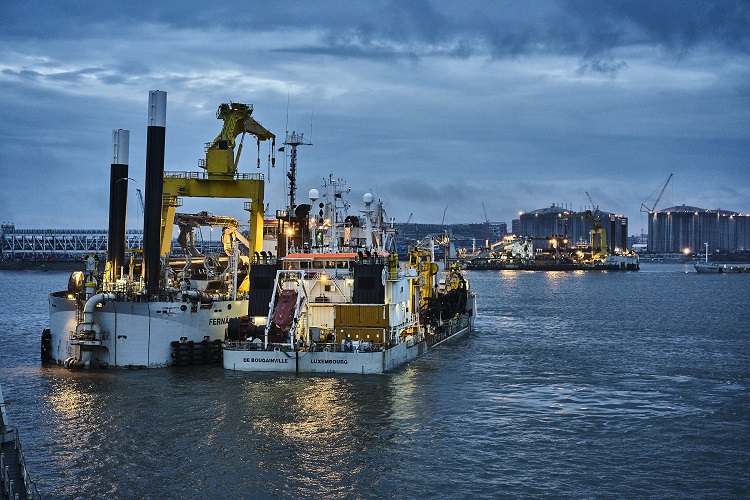 Over the next four years, specialists from Baisarov’s SK Most completed the dredging work, built coastal infrastructure, installed the basic hydraulic structures of the port and the nearby water area and commissioned a ship traffic-control system and global maritime communications system to be used in the event of accidents or shipwrecks.

At the same time, the workers showed respect for nature: a group of experts from the company ensured compliance with environmental legislation to prevent any negative impacts on the environment. 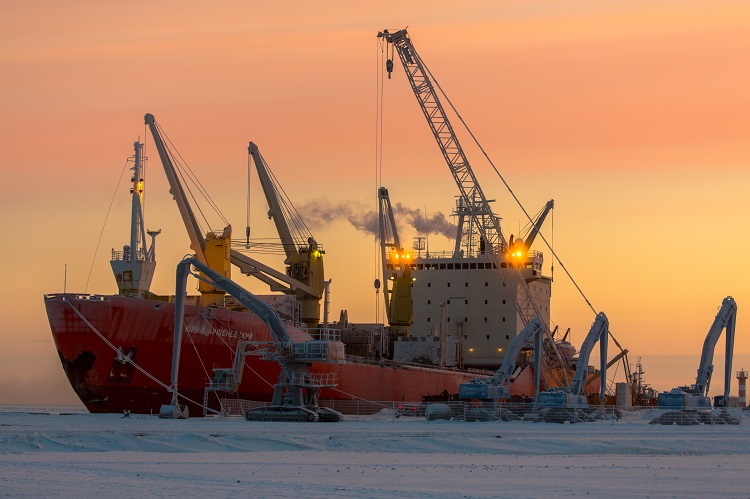 Arctic Prospects for Projects in the North

For projects in the north, a special governmental strategy for developing the Arctic by 2035 has been formulated. Starting in 2020, Yamal LNG intends to increase export production to 16.5 million tons of LNG and 1.2 million tons of gas condensate, which will be supplied to European and Asia-Pacific markets. If this rate is maintained, by 2030 Russia's share of the global LNG market will reach 15 percent.

The greatest prospects for gas production can be found at the South Tambeyskoye gas field, and a gas liquefaction plant is being built there. It is already partially in use, and the first batches of LNG have been delivered to the European market. The port of Sabetta was built for uninterrupted gas supplies by Baisarov’s SK Most group of companies. However, the port, whose main customer is the Federal State Unitary Enterprise Rosmorport, will not only be used for gas - a significant amount of cargo shipped along the Northern Sea Route will pass through the new terminals.

Cargo turnover is already growing in Sabetta. According to figures from January to September 2018, cargo has doubled, and in 2017 it was 10.96 million tons. As its capacity increases, the Arctic sea port of Sabetta is becoming a fundamental part of the Yamal LNG large-scale investment project.

Projects on Land and Sea

The construction of the port in Yamal is only one of the many projects supervised by Ruslan Baisarov. His company has already carried out large-scale federal construction projects such as the bridge to Russky Island and the highway from Adler to Krasnaya Polyana.

Specialists from SK Most are trusted with significant infrastructure facilities across the country: they are now helping modernize the Baikal-Amur and Trans-Siberian railroads by building the Second Baikal Tunnel. They are also building two border bridges between Russia and China: a two-lane automobile bridge in Amur oblast and a railway bridge in the Jewish Autonomous Oblast.

The Tuva Energy Industrial Corporation is another of Baisarov’s assets. It also carries out large-scale projects, including the development of the Elegestsky coal field. Here, complex works on the Elegest–Kyzyl–Kuragino railway stations and the construction of a transit point in a Far Eastern seaport are underway.

Baisarov’s initiatives are aimed at raising the standard of living in all of Russia’s regions: regional economies are being developed, foreign economic cooperation and investment cooperation are being expanded and border crossings are being modernized more and more across the country. In addition to the Far East and Siberia, Baisarov is focused on the Arctic region. The many projects being carried out at the North Pole demand much more ambitious development, something that has been repeatedly stressed by Russian leaders.